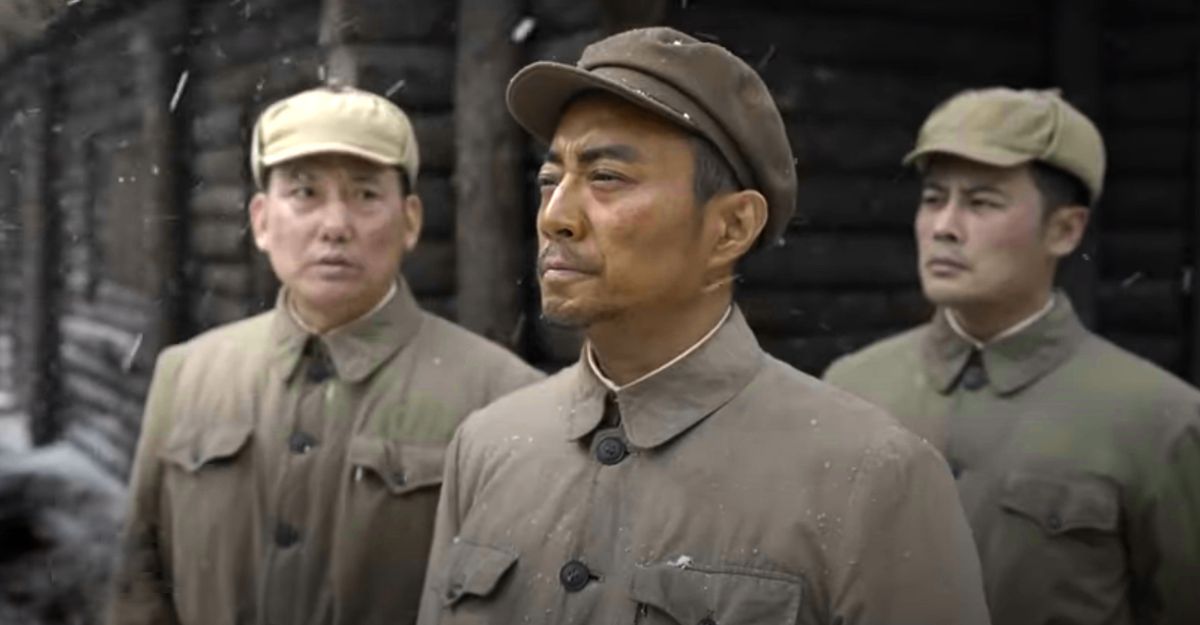 Ni the latest James Bond installment, ni the new adaptation of Dune. The highest grossing film in the world right now is not one of the recent Hollywood productions created to occupy that privileged position. It is a Chinese film of about three hours long and propagandistic overtones, almost completely unknown outside the borders of this country. The Battle of Lake Changjin makes abundant use of the epic – and it obviates some historical truths – to glorify the Chinese soldiers who fought against American troops during the Korean War (1950-53).

What is already the most expensive film in the history of Chinese cinema, with a budget of 172 million euros, has so far raised more than 750 million euros, making it the second highest grossing in history in his country. Of those, more than 554 million made it in his first 12 days on the big screen, after a great premiere on October 1, the day of China’s national holiday. Meanwhile, the latest adventures of spy 007 have raised around 580 million euros.

The figures confirm a trend that became evident in 2020, when the Asian giant surpassed the United States as number one for the first time of the film industry in terms of annual earnings, with films with a nationalistic tone such as The Eight Hundred, The Sacrifice O My people, my homeland. Now, The Battle of Lake Changjin It is another example of how creating high expectations in the most lucrative market on the planet and spurring national pride in situations like the current one, of tense rivalry between Beijing and Washington, stratospheric profits can be made, regardless of the international impact that the film in question may have. The box office success has not depended on its exposure abroad: to date, it has not been seen on any screen outside the country.

Set between late November and mid-December 1950, the feature grandiloquent narrates the victory against all odds of the People’s Liberation Army over the troops sent by Washington in an event that, in the West, is known as the Battle of the Reservoir of Chosin. The confrontation, which lasted for 17 days in the midst of extremely low temperatures, was of capital importance in the war on the Korean peninsula; it altered the correlation of forces between both sides, tilting the balance in favor of Beijing, and consequently, it determined the definitive withdrawal of the UN troops, led by the United States, from the northeastern region of Korea.

Although the conflict resulted in a crucial victory for the Chinese side, it was a Pyrrhic victory in a very costly war for the winning side. The official death toll, 197,000, including Mao Anying, one of the sons of Mao Zedong, was kept for decades under a veil of absolute silence.

The plot obviates the role of Korean soldiers in that conflict and gives the impression that the war began as an American invasion, without alluding to the fact that it was unleashed by the entry of North Korean troops into the territory of the South. Although it saves on historical veracity, no ingredients have been spared for its success, shot at the request of the Publicity Department of the Communist Party of China and the Film Administration of China and produced, among others, by the Primero de Agosto studio, owned from army. Acclaimed directors Chen Kaige, Tsui Hark and Dante Lam were brought in to take the helm. The cast was made up of some of the nation’s most popular actors, from Wu Jing, star and director of Wolf Warrior 2, to teen idol Jackson Yee, known for his performance in Better Days, nominated for the Oscars of 2021.

Since its premiere, the feature film, with a marked prosopopoeic style, has broken 12 national industry records, including the highest grossing film in a single day (52 million euros on its second day on screen). In the first week of its screening, which coincided with the national holiday holidays, it ranked as the eighth-highest grossing film in Chinese history.

“It was recommended to me by a friend. His 95-year-old father was a veteran of the war. I have not been able to hold back the tears, they are stories that my uncle told me when I was little ”, commented a woman in her 40s as she left a cinema in the center of Beijing. When the projection ended, several groups of spectators stayed in the room reading more information on their mobiles. Others left whispering “hen xinku” (“How much sacrifice”).

The debate over the historical veracity of the film caused the authorities to resort to censorship. Noted ex-journalist Luo Changping was arrested for “violating the reputation and honor of national martyrs,” following a comment from him about the film on Weibo, China’s Twitter, reported state television CCTV. “After half a century, few Chinese have reflected on whether entering the war was legally justified,” wrote Luo, 40, known for uncovering an explosive case of government corruption in 2013. The journalist’s account on this social network is suspended.

In addition, according to the Hong Kong newspaper South China Morning PostLuo called the soldiers who froze to death in the 1950 battle at Changjin Lake, one of the most shocking scenes in the film, “stupid.” According to the police statement, the journalist is accused of violating China’s Penal Code, which provides up to three years in prison for those who defame national martyrs.