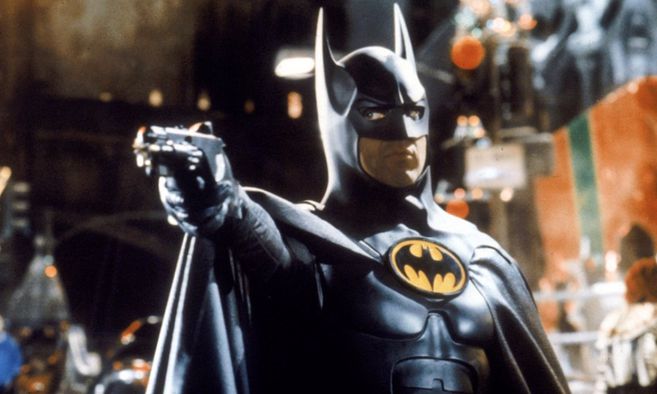 It is expected that the film starring Erza Miller will have at least one more version of the so-called “Knight of the Night”, the one played by Ben Affleck.

The return of Michael Keaton’s Batman is one of the great attractions of The Flash, the film directed by Andy Muschietti and starring Erza Miller that will open the doors of the DC Multiverse to present different versions of the heroes.

One of them will be the veteran Bruce Wayne played by Michael Keaton who will wear his old suit, as a new image of the filming anticipates.

(We recommend: “The conduits”: the emancipation of the crime not committed)

The image in question has been published by Andy Muschietti himself since filming that shows the yellow and black logo that Keaton’s Batman suit wore on his chest, who played the Dark Knight in two films (Batman in 1989 and Batman returns in 1992) under Tim Burton.

In addition, the bat insignia appears splattered by a few drops of blood, in an epic image that is also very reminiscent of the mythical logo Watchmen. Traces of blood that may also indicate that veteran Bruce Wayne continues to fight crime in the Gothan of his reality.

Keaton’s return has been taken for granted for months now and while details on how Keaton’s Bruce Wayne will be incorporated into the story are scarce, it is known that his version of Wayne Manor will appear in the film in some form. Furthermore, it is expected that The Flash Count on at least one more version of Batman, the one played by Ben Affleck.

(Also read: “Mare of Easttown”: Kate Winslet refused to have her belly and wrinkles erased in the series)

The film will be loosely inspired by the plot of the acclaimed Flashpoint comic, which includes multiple realities and alternate timelines. This allows for two different versions of Batman. Affleck’s version is the one Barry Allen already knows of Ezra Miller, thanks to their time together at the League of Justice. However, Keaton’s Batman will also have an important role in the film.

After several script rewrites and delays in its production, which was paralyzed even before the outbreak of the pandemic due to creative differences, The Flash will continue the story of the DCEU with Barry Allen as the protagonist.

(Also: What is known about the disappearance of the Disney Channel on television)