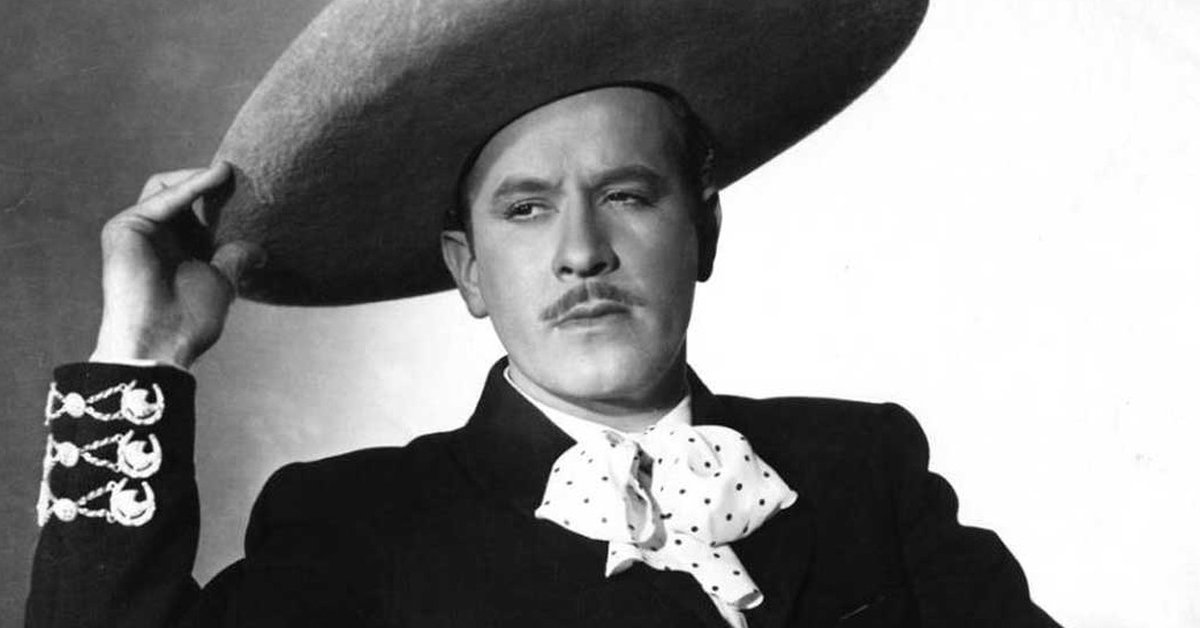 In 1957, Pedro Infante he was in full filming of School of pickpockets. This film was directed by Rogelio A. González in which the Sinaloa native shared credits with Yolanda Varela and Rosita Arenas; furthermore, it was the third color film that had the actor and singer.

Pedro would be around 39 years old at the time. He had already had many successes since his formal film debut in 1942 through Jesusita in Chihuahua. Acted with Sara garcia, Maria Felix, Tin Tan, Silvia Pinal, Blanca Estela Pavón Y Jorge Negrete, the last two died in 1949 and 1953 respectively.

In the personal sphere he was in the middle of a legal battle with his still wife, Maria Luisa Leon. It would appear that he was facing charges of bigamy, since he had married the actress Irma Dorantes without his request for divorce from León being accepted. His “legitimate” wife was demanding that annulled the wedding between the couple of actors and the fight lasted for more than 4 years.

The last movie he filmed was School for Shoplifters (Photo: Laguna Films)

Anyway, on the outside, Infante seemed as lively and simple as usual.. He did his job on the recording sets and nothing prevented him from continuing to accept movies that were scheduled for that same year.

Pedro Infante did not stop and School of pickpockets It would not be the last film he would make in a long time despite his legal problems. In fact, after Rogelio A. González’s tape, the “King of the rancheras” would begin to work on a new project that, to his delight, would be the first foreigner.

At least that’s how he told the journalist and writer Carlos Franco Sodja. One day they met by chance on the set and Pedro gave him the announcement before anyone else. It seemed that the producers of his films were in negotiations to close an agreement with which Infante could go to France to record a movie.

As he told a journalist, the project was ready to start recordings in France (Photo: “School of Thieves” 1958)

The script was done, they had a very solid movie plot and the actor, as optimistic as he always was, saw that next film as a sure success and the unique opportunity to catapult as actor of international stature.

He even told the journalist that he was going to share the screen with a recognized star from that European country. Franco Sodja tried to figure out who it was, but it was all just suspicions. The candidates were Michèle Morgan, Brigitte Bardot, Simone Signoret y Mylène Demongeot, they were all popular in France, as well as very beautiful.

The “Idol of Idols” seemed really excited to go to France, so much so that from previous weeks he started taking private French lessons. Most likely, he would leave for the other continent immediately after he finished working on School of pickpockets.

However, the weeks passed. He never revealed the possible name of his foreign filmIt is also not known how he did in his language classes, nor much less was known what that production would be about.

On April 9, 1957, was notified to Irma Dorantes and Pedro Infante that his marriage was annulled, since María Luisa León, by law, was still the actor’s first and only wife. Days after, On the 17th, the Sinaloan took a plane to return to the Mexican capital as soon as possible to resolve the matter.

However, this trip was the last he made, since the plane crashed, killing the actor and turning off the living legend which was Pedro Infante. Similarly, the movie he was excited to shoot could never be consolidated and the dream of acting alongside a French actress also disappeared.

The tragic death of Elvira Quintana: the first actress who was the victim of an aesthetic intervention
The day that the “Indio” Fernández murdered a man
The truth behind the close relationship between Ramón Gay and Arturo de Córdova
The sudden and tragic death of José Elías Moreno, a figure from the Golden Age