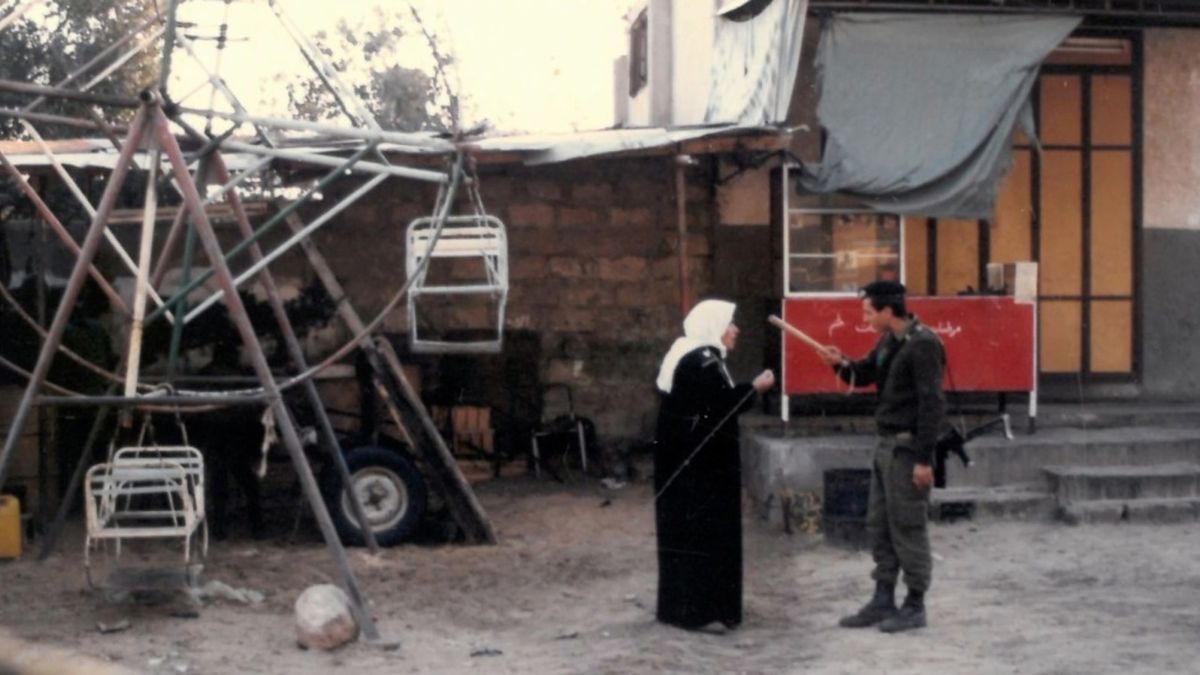 Avi Mograbi is no longer a prophet in Israel, his land of prophets. The veteran filmmaker presented this Sunday at the Gijón International Film Festival The First 54 Years. An Abbreviated Manual for Military Occupation (The first 54 years. An abbreviated manual of military occupation), a documentary that intermixes testimonies of former Israeli soldiers on their missions in the Palestinian territories with stark archival footage of more than half a century of military submission. Except for a few screenings in the film libraries of Jerusalem and Tel Aviv, nobody has wanted to show it in Israel. Not the commercial theaters, not the free-to-air televisions, not the documentary channels of the cable platforms, not the local film festivals.

“Outside, the film is having quite a success,” says Mograbi, 65, in his flat in the heart of the district of Tel Aviv Bauhaus style. “I just got back from a tour of the East Coast of the United States. The documentary has been shown before at the Berlinale and at the New York festival; in Switzerland, Portugal, Germany, Austria … and also in Japan, Australia or India … ”, details the filmmaker with a grimace of frustration, dressed in the peculiar messiness of Israelis. On the wall of the living room of the house, a shabby map of Israel from its school days, in the early 1960s, shows the West Bank and the Gaza Strip as neighboring countries.

“Here only a few screenings of the documentary have been seen in the film libraries of Jerusalem and Tel Aviv”, points out the director, well known in his country for controversial films – among them the documentary How I learned to overcome my fear and loved Ariel Sharon (1997) – which were released in theaters and broadcast on television. The filmmaker appears in his latest film as a Machiavellian presenter – “emulating the black humor of the jokes that Jews themselves make about the Holocaust” – to describe the “advantages of the occupation.” It was produced by the French company Les Films d´Ici, with which Mograbi has collaborated for 25 years. “It is not philanthropy,” he says, “the Arte channel is behind the financing.”

The evolution of Mograbi’s cinematographic work runs parallel to the political upheaval experienced in Israel in the last three decades. “The Israeli left was very strong (in 1992 it achieved electoral victory with 45% of the votes before promoting the Oslo Accords with the Palestinians) and now it is low, integrated into a minority (it barely adds 10% of the votes ) in a government shared with ultraconservatives and centrists. The only important thing that he has done has been remove Benjamin Netanyahu from power”, He opines, without abandoning the caustic tone.

“At the beginning of my career I was very naive and believed that I could change reality with my films,” recalls Mograbi between sips of a cup of tea. Now, whether I like it or not, my films are aimed at a left that is on the way to extinction in Israel and it needs to be reinforced with ideas to stay alive ”, reasons the marked political bias of his work.

“A director makes films with his own society in mind. The disinterest shown in Israel for my work is disheartening “

The sarcastic message that distills the documentary now presented in Spain splashes images marked by violence. They were recorded by Israeli soldiers and by Palestinian civilians in events in which they participated, some as perpetrators, others as victims. In one scene, an Army veteran describes how he had to carry out an order to force a child to remove a Palestinian flag planted on top of a power line tower. A file sequence with the actual scene is then played back. “The power of historical images reinforces the value of the word,” emphasizes the Israeli director.

“If you want to set up your own military occupation, here we have many ideas to offer you”, sums up the plot line of ‘The first 54 years’. “It serves for the Occidental Sahara, for Tibet, for Kashmir … I myself tell it as a cynical character who does not care about the collateral damage that civilians have to pay, only the method to achieve their territorial ambition, “he says with a serious face.

Avi Mograbi grew up in the movie theater his family ran in downtown Tel Aviv. “My grandfather screened the first sound films in the Middle East and I worked as a teenager as an usher on weekends,” recalls his particular Paradise cinema without a trace of nostalgia. He worked as a production assistant and assistant director before embarking on a career of more than three decades as a filmmaker of politically charged documentaries. “And with some element of fiction,” he clarifies.

“I try to provoke an argument in the audience, but I have a natural tendency to irony. Life is a tragicomedy ”, he alleges in his defense. He believes that even in Palestinian cinema there are touches of humor about the Nakba (the disaster, in Arabic, displacement of hundreds of thousands of civilians after the birth of the State of Israel in 1948). “It is part of the nature of both communities to see the hardest moments in a scathing key,” he points out.

He began shooting shorts during the First Intifada, such as the documentary Deportation (1989), on the kidnapping of Palestinian leaders and their expulsion to Lebanon. “I tried to show the immorality of kicking someone out of their own country,” he recalls. The version of the protagonists is now supported in ‘The first 54 years’ by the visualization of the facts. Mograbi considers that the testimonies of Army veterans, largely affiliated with the anti-occupation NGO Breaking the Silence, they verify that Israel only pursues one objective with the occupation: “To keep the land.”

Not a single film festival in Israel has wanted to program his film. Neither him specialized in documentaries Docaviv, in Tel Aviv, nor the generalists of Jerusalem and Haifa. “The organizers themselves called me to tell me that the film was good, but they were not going to show it. One can imagine, in view of the political attacks that Breaking the Silence has suffered in recent years, that nowadays the circulation of their political statements is not tolerated, ”Mograbi argues.

The former Minister of Culture Miri Regev introduced under the Netanyahu government the so-called Loyalty Legislation, which deprives public funding of the works of creators who “cause harm” to the State with their criticism. In Israel the term “leftist” became pejorative, bordering on insult, during Netanyahu’s 12 years of power. Some creators still face cultural ostracism.

“It is extremely frustrating. A director makes films with his own society in mind. The disinterest shown in Israel for my work is disheartening ”, acknowledges Mograbi, who is not resigned to the fact that it ceases to be seen by the public in his land. “Just because they don’t want to listen to you doesn’t mean you should shut up,” he concludes. You have decided to upload the entire documentary to Facebook (only for the Middle East area). “We have invested a lot in promoting it on social networks to reach 800,000 views; we are on our way to a million ”, he reveals with a final gesture of vindication. “And the comments are written almost equally in Hebrew and Arabic.”