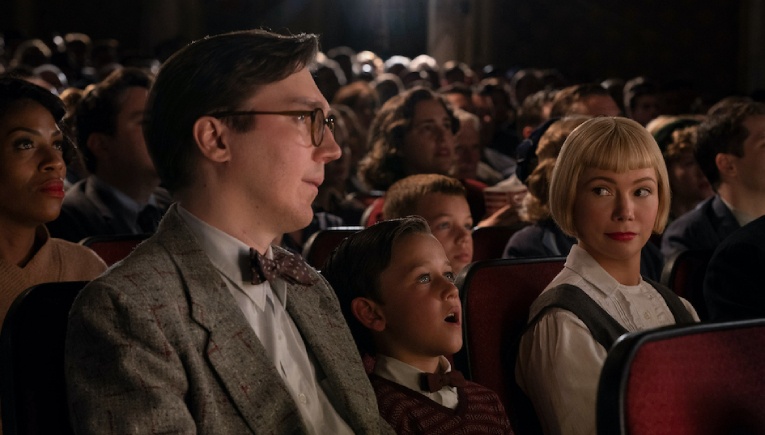 Few cinephile events this season welcome the importance of The Fabelmansthe new work of steven spielberg as director. Not only because of the obvious, it is the new work of Steven Spielberg as a director, but because in this case we are witnessing a semi-autobiographical exercise in the style of so many that have been coming in recent years, with Spielberg delving into his childhood, into the divorce of his parents and in the discovery of cinema with great possibilities of sweeping the Oscars. In Spain The Fabelmans doesn’t open until Feb. 10but in the US it can already be seen in selected theaters accompanied by great reviews, and very juicy interviews in the thread of its development.

For example one of Film Stage a Tony Kushner, Spielberg’s recurring screenwriter who here has co-written the libretto in the company of the director himself (not in vain it is his life). Kushner has thus explained how one of the most surprising elements of The Fabelmans: the director’s casting David Lynch to play no less than another director, John Ford. The legendary filmmaker starred in a no less mythical encounter with Spielberg during his youth, changing his life forever, and how he could not be otherwise is one of the peak scenes of The Fabelmans (with Gabriel LaBelle embodying the Spielberg of the screen). Lynch doesn’t often act in movies he doesn’t direct and has been retired from movies for some time, so it was a mystery how he had been won over.

“Often when we go into casting, we say ‘who’s going to play this person?’ Sometimes we more or less know it, but many times, in the four films that we have done together, it was not predetermined.Kushner recalls. “When we were going to work the Ford scene we just said ‘we’ll find someone.’ And we started going through a lot of wonderful actors who looked like him but were maybe too young.”. The final idea came from Mark HarrisKushner’s husband. “Mark said ‘I have an idea.’ “It will never happen because he will never agree to do it, but it should be David Lynch.”

Both Harris and Kushner, and of course Spielberg, knew that the director of Twin Peaks he was the right one but it would be difficult to convince him. Until the director had an idea: turn to a mutual friend, Laura Dern. “I thought ‘my God, yes’. And I called Steven and he was like, ‘Oh my god… but he’s never going to do it.’ Then he thought: Laura Dern. So he called Laura Dern and Laura Dern called David. And it happened”. Dern has starred for Spielberg Jurassic Park and is a very close associate of Lynch, having appeared in Blue Velvet, Wild Heart and Inland Empirenot to mention the aforementioned Twin Peaks. Dern made a call, and Lynch agreed to play Ford.

The shooting of the scene was magical. “Amazing day on set. The whole team was saying ‘this is the most meta and convoluted’: Steven Spielberg directing Gabriel LaBelle playing Steven Spielberg meeting John Ford played by David Lynch “. On Lynch’s presence in The Fabelmans It has transpired that the director only had one request to play the director of desert centaurs: Access to a continuous supply of Cheetos. Lynch’s stuff.