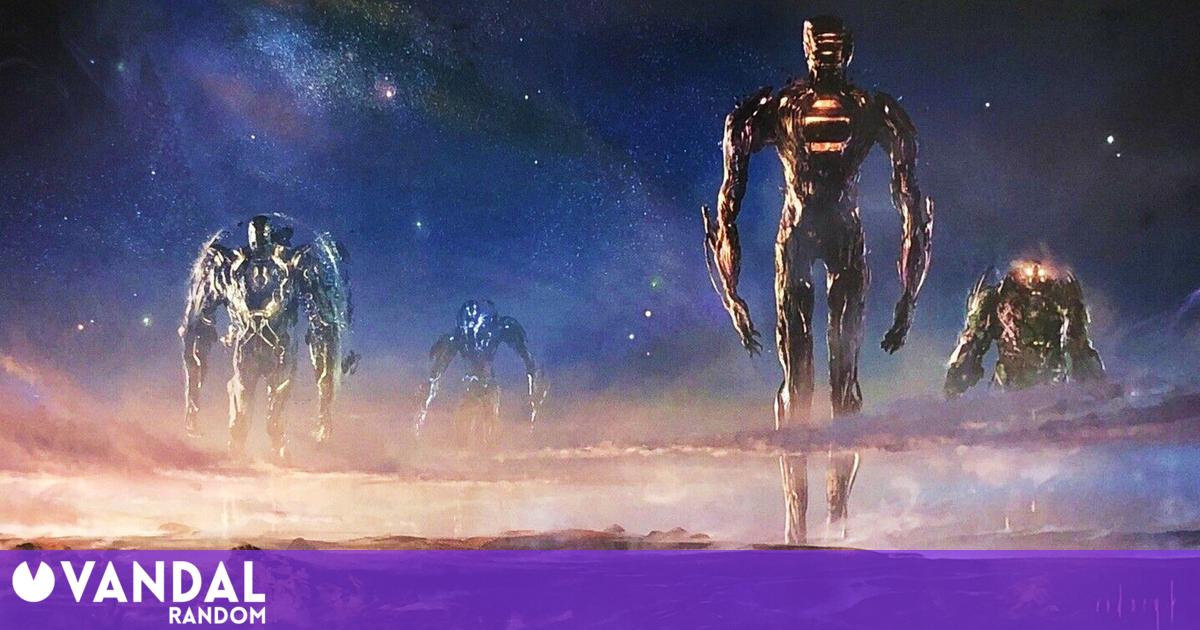 The Eternals from Marvel studios just presented his first and peak triler, allowing us to take a look at the new tape of Phase 4 by the award-winning director Chlo zhao. The film will be released in theaters in Spain next November 5th, with a cast featuring names of the stature of Angelina Jolie, Richard Madden, Gemma Chan, Kit Harington, Kumail Nanjiani and Salma Hayek. In the plot of this project there is a race that will have great relevance: the Celestials, and today we are going to tell you about them.

The Eternals: Who are the Celestials?

The history of the Celestials It has been an issue that has gone almost unnoticed in the history of the Marvel Cinematic Universe. In the movie of The Eternals, based on comics by Jack kirby, we will discover that there are three great breeds to consider: the Eternals themselves, the Deviants, and the humans, and these three subspecies were created from the so-called Celestials.

The Celestials themselves are ancient beings with such immense powers that in the past they wielded the Infinity Stones.. Since ScreenRant suggest that a movie Marvel might have in the works to better and more fully explain these creatures is King in black, based on an event in the comics. After all, the only Celestial we’ve seen in the MCU has been in Guardians of the Galaxy: You probably remember when the protagonists of James Gunn’s film visited a place called Knowhere, the severed head of a long-dead Celestial, in which a mining colony had been established.

The Celestials, an ancient race that came to wield the Infinity Stones

The Celestials race was thought to be extinct until Ego the Living Planet (Kurt Russell) appeared in Guardians of the Galaxy Vol. two with the plan to replace all life in the universe with extensions of himself. However, so far this has been the only Celestial we have seen in the MCU, and the circumstances surrounding the death of the Celestial of Knowhere are a mystery. So it is possible that The Eternals may begin to shed some light on the question: Who or what has eliminated such formidable beings as the Celestials? That is a question that the UCM will have to answer in the future and it is possible that, to do so, they will adapt the story of King in black.

King in black: Is Knull the future great villain of Marvel?

This event, written by Donny cates and illustrated by Ryan stegman (2020 to 2021), featured Knull as the main villain of the Celestials. We talk about an ancient evil god who lived in the Abyss, an endless cosmic void, before being awakened by the Celestials themselves when creating the universe. The appearance of light in his domain enraged him, and led him to hate the Celestials and their creations immediately.

Knull swore to end the Celestials to cover the universe in darkness. On King in black we can see how he gathers an army of symbiotes to take over the Earth, therefore both heroes as villains have to put aside their differences and unite to resist the invader. From ScreenRant they suggest that bringing Knull’s story to the MCU could pave the way for a brawl on a larger scale than seen in Avengers: Endgame, and clarify the mystery of what happened to that dead Celestial in Guardians of the Galaxy; explaining that Knull was in charge of chasing them down and ending them.

Knull, an evil god who swore to destroy all Celestials, could be the next great rival of Marvel heroes and villains.

We will have to wait to find out how this whole thing plays out with the future films of Phase 4 of the MCU. For the moment, we remind you that The Eternals debut in theaters next November 5th… and it is possible that, then, we will know something more about the mysterious Celestials.