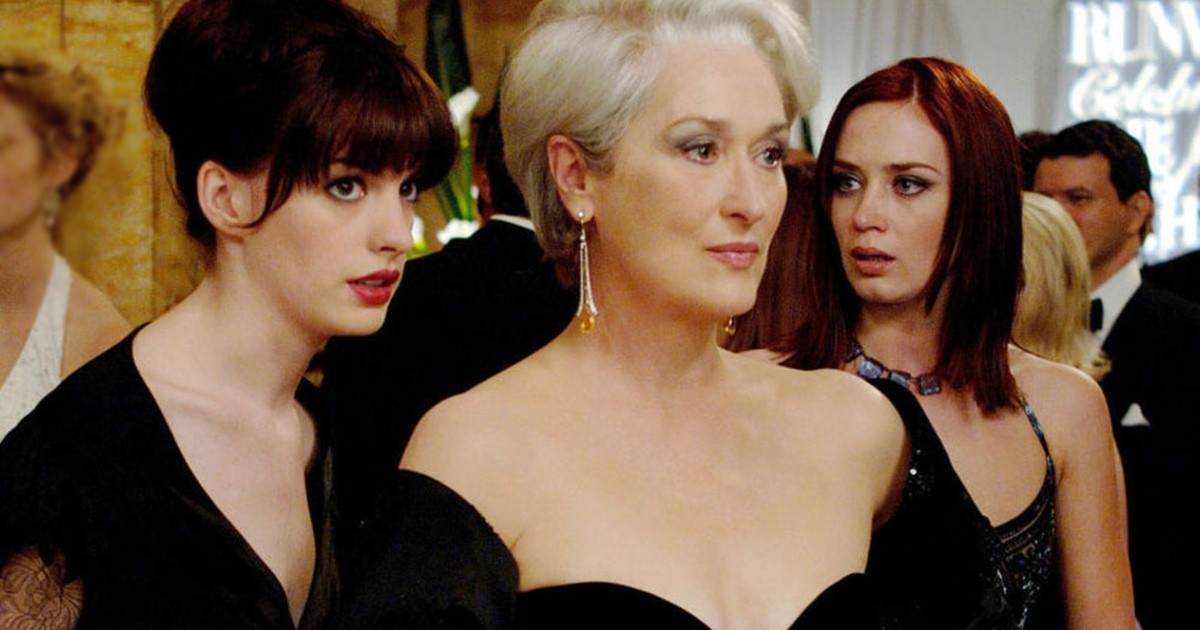 15 years have passed since the premiere of “The Devil Wears Prada”, and to commemorate it, the specialized media Entertainment Weekly organized a virtual event in which the cast met again with its directors and scriptwriters to remember their passage through the beloved film.

They were present Meryl Streep, Anne Hathaway, Emily Blunt, Stanley Tucci, Adrian Grenier, together with the scriptwriter Aline brosh mckenna and the filmmaker David Frankel, in charge of shooting the film, which in turn is inspired by the novel of the same name by Lauren Weisberger, which in turn drew on his own experiences to write it.

A villain who is not Miranda

The reunion generated various comments, and debates that even raised that the villain character of the film is not actually the same Miranda Priestly (Streep, a three-time Oscar winner) but Nate, the boyfriend of Andy Sachs (Hathaway, an Oscar winner), who decides to end the relationship because he feels “that she is very focused on her work.”

“Nate hadn’t grown up, but Andy had,” acknowledged Grenier, who in turn reflected, “I must admit I didn’t see some of the subtleties and nuances of this character and what he represented in the film until the wisdom of the masses got in line and started pushing against the character. It hadn’t occurred to me until I really started thinking about it, and maybe it was because I was as immature as Nate at the time“.

In the devil’s skins

Even Streep herself had difficulties when it came to putting herself in the shoes of the ruthless Miranda, admitting that it was “a torment” for her. “It was horrible! I was miserable in my trailer. I could hear everyone laughing. I was so depressed! I said, ‘Well, it’s the price you pay to be the boss!'” She told the meeting.

Meryl, an ally for Anne

The goodness of the actress was not only highlighted with this anecdote but she was key to the starring role of Anne Hathaway, who was one of the last options to play Andy. Although today thousands of people agree that she was the one, 20th Century Fox was looking for Rachel McAdams (which came from hits like “Mean Girls” and “The notebook”), who rejected the character three times.

Other chosen ones were Scarlett Johansson, Natalie Portman, Kate Hudson, Kirsten Dunst, while in parallel Anne was looking for the study to choose her. “I remember how he sat in my office and explained why he wanted to play this role. He never gave up. He kept running., called me, came to the office of Carla Hacken (Fox executive) and wrote Hire me in the sand of her zen garden, “said the producer Elizabeth Gabler, then president of Fox 2000 Pictures.

To all this, Meryl, who had seen “Secret in the mountain” The endearing film starring Heath Ledger and Jake Gyllenhaal and was delighted by Anne’s performance, she phoned Tom Rothman of Fox and said: “This girl is great, I think we will work very well together.”the director recalled.

“I started screaming and running around my apartment. There were some friends of mine visiting and I jumped into the living room screaming that I was going to be in ‘The devil dresses in fashion'”, Anne herself said as a result of the anecdote, which summed up his emotion. And we know that this work was one of those that positioned the actress’s career high, today one of the most beloved in Hollywood.

Is “The Devil Wears Fashion” 2 coming?

In times when remakes prevail, and sequels that arrive years later to revitalize nostalgia and the first audiences, the directors recognized not only that it is not in the plans but that “the story has already been told”. Although they left open the possibility: “never say never”.

How does it continue to impact new generations and movies?

For more than a decade, “The devil wears fashion” has become one of those films that remains in the memory of audiences and inspires the next, as happened with “Cruella”, the recent live action released by Disney, which has references that connect directly to the story that Anne Hathaway and Meryl Streep brought to the screen.