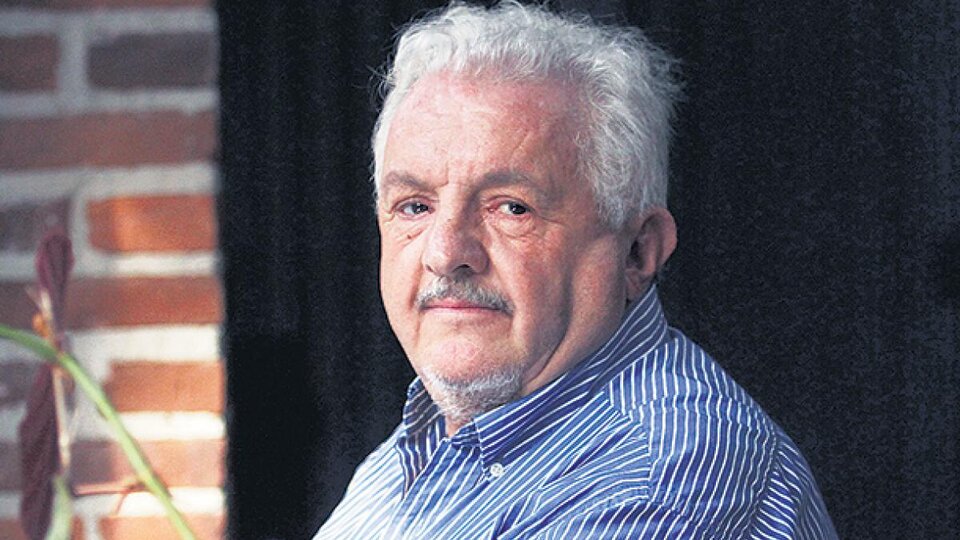 It stood out essentially as documentary maker, but he was also a producer, teacher, member of the Academy of Cinematographic Arts and Sciences of Argentina, directed the Museum of Cinema and hosted a popular radio program about national cinema, entitled Crank. But above all, David “Coco” Blaustein –died this Monday at the age of 68, as a result of a cerebrovascular accident (CVA) – was a militant of the national and popular cause. In fact, almost all of his cinema, from his first to his last film, is marked by his political commitment, ranging from Utopia hunters (1996) to It’s going to end (2021), the two feature films in which it is framed the body of his work, marked by formal transparency and intellectual honesty. Blaustein always made it clear where he was filming from and why.

Older brother of novelist and essayist Eduardo Blaustein, David was born in Buenos Aires in 1953, into a family with Polish and Jewish roots, as he meticulously narrated in his documentary Make homeland (2007), where he was able to embroider his personal history with the political and social history of the country where his ancestors arrived. He attended high school at the National College of Buenos Aires and during the civic-military dictatorship he had to go into exile in Mexico, where between 1978 and 1983 he studied at the University Center for Cinematographic Studies, and then in Spain, at the Official Institute of Spanish Radio Television. from which he graduated in 1993. Upon his return to Argentina, he created the production company Zafra Difusión and began to conceive what would be his first documentary feature film, Utopia hunters, premiered on March 21, 1996, in the middle of Menemato, and where it rescued the experience of the Peronist left in general and Montoneros in particular, from the inside, vindicating the stories of militancy, through 34 interviews and numerous archive material.

“I think that Utopia hunters it was a necessity ”, Blaustein remembered Page 12Twenty years after the premiere of his debut, when he defiantly relaunched it, in the midst of macrismo and four decades after the civil-military coup. “It responds to a personal and collective need on a pending issue. Basically the theory of the two demons and a sensation, that of the ninguneo of the Menem era for our generation. It seemed that Menemism, with the pardons, condemned our generational history to a history of secrecy and sewer. I think Utopia hunters It was a collective madness of a group, because it was not me alone, but it was also Ernesto Jauretche and Mercedes Depino as scriptwriters, Marcelo Schapces as assistant director, the fat Hermida who took over the layout, then Juan Carlos Macías … Utopia hunters it is the consequence of a collective feeling that there was a story of a generation that had to be told ”.

Controversy like few others, because Utopia hunters concentrated on the rank-and-file militants and the middle cadres of MontonerosAvoiding naming Firmenich, Galimberti, Perdia or Vaca Narvaja, the film nevertheless became an unavoidable reference document for reasons that Blaustein himself explained very well. “The protagonists clearly had to speak. That was the word. And protagonists with certain profiles and that those profiles could be noticed. If Gonzalo Chaves had been a union and union activist, the Río Santiago Shipyard had to appear. If Venencio was a union delegate from a shipyard, there had to be bottom boats. If Envar El Kadri was going to tell the story of the Peronist resistance, there had to be an industrial profile that tried to be the Riachuelo. If a teacher from Tucumán spoke, he had to be in a white coat and with the hills of Tucumán in the background. Somehow, there had to be an articulation between political practice, social extraction, and geography. That didn’t always come out, but when it came out it was very strong ”.

Always concerned about human rights, Blaustein then faced his second documentary, Spoils of war (2000), about the struggle of the Grandmothers of Plaza de Mayo to identify children kidnapped by the armed and security forces during the last military dictatorship. “How can we not be moved by the detailed account – they remember it as if it had happened yesterday – of the tireless search for those children of the children taken away by the dictatorship?”, Wrote the critic Guillermo Ravaschino. “Heartbreaking if there are any, the process of these ladies encompassed –and encompasses– numerous battles: detecting the boy’s location, making the complaint effective, carrying out the legal fight. And of course, try to establish human contact with that meat of their flesh: to make them know the true story, crossing their fingers so that they believe it … and they love it. More than sixty of those babies were actually recovered by the grandmothers. Some of them, now teenagers, parade through the film demonstrating that happily, although not without conflict, they were able to rediscover their identity. (…) Blaustein’s premise, otherwise very clear, was not to mourn deaths or tragedies as to recover the deeds of these vital elderly women, admirably courageous, and celebrate the encounters that they made possible ”.

Then it was the turn of his most intimate, most personal documentary, the one in which Blaustein was encouraged to tell in the first person singular and to put his body in front of the camera: Make homeland (2006). “It first arises as a very initiating place to tell about Dad’s trip from Poland to Argentina, behind the excuse of why I don’t have memories of my father’s childhood, why Dad never told me, why I don’t have any kind of souvenir from the trip. But apart from that, not only did I not have any memories of the trip because Dad hadn’t told me about it, but also because the aunts hadn’t told about it, because Grandma hadn’t told about it. There was nothing from the trip, there was nothing from the ship “, he confessed Blaustein to Oscar Ranzani in an interview with Page 12.

For his part, Horacio Bernades highlighted in his Movie review: “Make homeland cuts across all the big issues of nationality, from the immigration currents of the early twentieth century to what could be called the country of post-revolutionary militancy. This journey throws direct light on the influence of the Russian revolution on the original Argentine socialists, the constitution of the first labor unions, the Tragic Week, the pogroms of the 1920s and the vast journey of the left, from anarchism to Peronism, with stops in socialism and communism ”.

In 2009, Blaustein concluded his fourth documentary, rebel fragments, which had a special screening at the 2010 edition of Bafici, but only in 2018 had an official premiere at the Gaumont cinema. If in Utopia hunters, the director had concentrated on the militancy of the ’70s, here he went back even further in time through the figure of Enrique “Quique” Juárez, a union activist from the 1960s. Union leader of Luz y Fuerza and disappeared militant of the Peronist Worker Youth (Montoneros union branch), Enrique – like his brother Nemesio – was also a filmmaker and editor, responsible for one of the most risky films of the national political cinema: It’s time for violence (1969). Through the testimonies of his family and his union and film colleagues, the film surrounds the life and work of Juárez, alternating between art and politics, but without ever losing sight of the man. Because, as evidenced by the fragments of the film that he did not finish (and that Blaustein dusts off in his film), for Juárez there were no differences in the struggle, which for him was life.

With Soy beans (2009), Blaustein, in co-direction with Osvaldo Daicich, reflected the economic interests behind the confrontation of the agricultural pool against the government of Cristina Fernández, while in The kitchen (2011), also together with Daicich, Blaustein gave an account of the laborious but epic history of the Media Law and how it was approved by Congress. Finally, in March of this year, he released It’s going to end, made in collaboration with Andrés Cedrón, nephew of Juan “Tata” Cédrón, who in turn composed the music for the film. The theme here was the testimonies – often silenced – of workers who participated in different union conflicts during the dictatorship 1976-1983, which tried to dismantle industry and dismantle the organized working class in Argentina.

“The first testimony of Cacho Leguizamón, who was a delegate of the Cattaneo factory, gives us the framework to understand how difficult it was to resist that military coup, go to the factory, go underground being a militant of the union bases”, Blaustein told Page 12. “If you stopped going to the factory, you lost contact with your colleagues, with your militancy base. For this reason, the disarticulation that the labor movement had is also explained, which, as the years of dictatorship went by, could be reversed. We see this injustice and the discrediting of some specific cases of leaders who turned in comrades or were accomplices of the dictatorship, but in reality the union bases continued to have the same commitment and, as they could, they managed to articulate until April 27, 1979, the first national strike against the dictatorship ”.

There was no public act in defense of human rights, a march condemning the dictatorship or popular convocation where Coco Blaustein was not there, with or without her camera. You are going to be missed.

To read more on this topic: