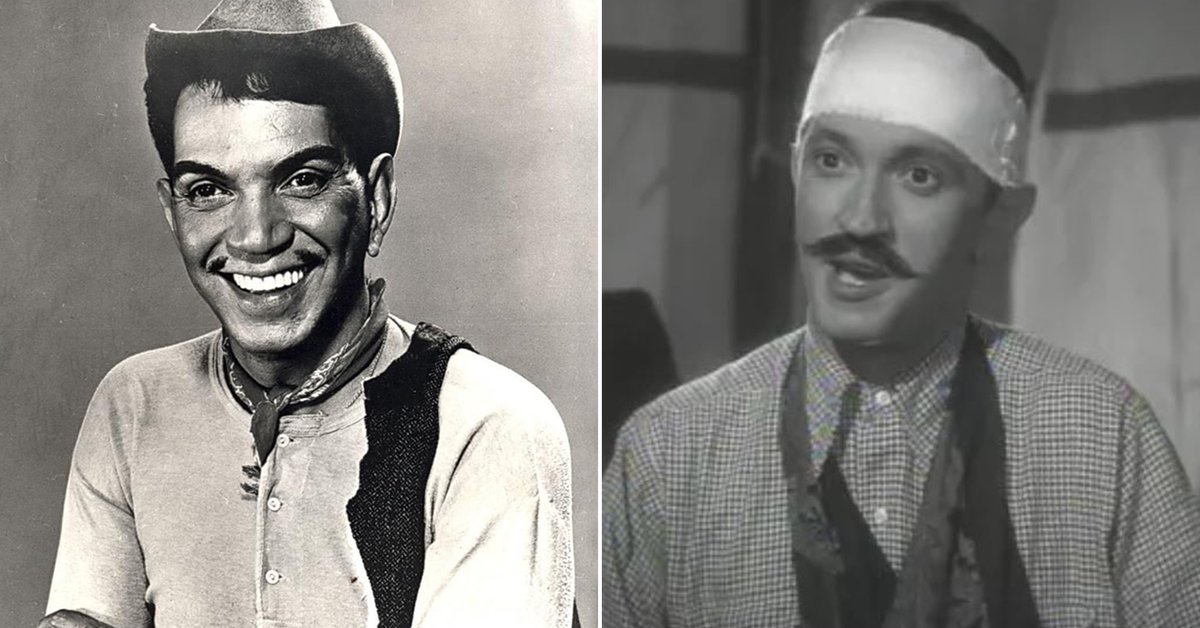 Mario Moreno “Cantinflas “ He would be 110 years old this Thursday, August 12. He is remembered as one of the greatest comedians to come out of MexicoHis characteristic way of expressing himself catapulted him as an international star in order to remain protected within the memory of those who watched one of his more than 40 films.

Despite being very charismatic in front of the camera, on more than one occasion they have attributed mistreatment to people close to their personal life, as well as who he came to work with.

One of them was Estanislao Schillinsky, better known as Shilinsky, which was a partner of Valentina Ivanova’s sister, Mario Moreno’s wife. It is known that due to the popularity and large amount of work that Cantinflas had in theaters, his brother-in-law began to envy the comedian, because both began their careers in his father-in-law’s tent.

Some have claimed that during a dinner, Shilinsky would have approached Moreno, supposedly intoxicated, telling him that he had something Cantinflas could never have, to which he responded by asking what he was referring to, the Lithuanian-born comedian replied that he would never have children.

This fact was exposed by the director of Sebastian del Amo, in the 2014 biographical film of the comedian, in which the Spanish actor Oscar Jaenada played Cantinflas, while Luis Gerardo Mendez acted like Shilinsky.

Moreno and his wife, Valentina Ivanova Zuvareff, They could never be parents of a biological child, because it is believed that the actor was sterile, that is why to fulfill their dream of being parents, they adopted a child, whom they baptized as Mario Arturo Moreno Ivanova, who was born in 1961.

Some media have claimed that Moreno was sterile

Some other chiaroscuro in Cantinflas’s life were exposed by the journalist Santiago Gimenez in his book The Execrable Club, as he pointed out that the actor always demanded more money so that they could work with him.

“Cantinflas always played the role of a man without resources, but with a heart of gold. However, it seems that it was darker than the future of Bárcenas, and yes, he showed the same fondness for accumulating gold. In fact, he refused to be the image of the World Cup in Mexico because in his opinion they did not pay him enough, and he was denounced by the Central Campesina Independiente as one of the largest landowners in Mexico, “he said from the hand of his editor, Malcolm Otero.

The journalist Santiago Giménez wrote that the comedian had a certain taste for having power (Photo: EFE / Jaime Pato)


The same authors point out that Cantinflas stopped caring about the artistic side, due to his desire to have more power and influence: “From the slight political criticism of his early years, from his (also light) attacks on the powerful, to making movies on dictation power. He liked power more than criticizing him.”

“Your movie The sweeper, the last one that filmed, in 1981, was aimed at controlling the garbage dumps in DF and thus avoiding strikes in the cleaning service ”- and also a bad partner. His desire for prominence led him to “lengthen his improvisations of word games and meaningless phrases that are so characteristic of, so that the lines of his companions did not fit, since, after all, the star was him ”, they pointed out.

Without a doubt, Cantinflas was a watershed in both the cinema and the entertainment industry. His influence was so great that his peculiar way of speaking led to the creation of the expression “Cantinflear” which was recognized in 1992 by the Royal Spanish Academy and defines it as “speaking or acting in a nonsensical and incongruous way and without saying anything with substance.”

28 years after the death of Cantinflas, the Mexican comedian who conquered Charles Chaplin and Johnny Depp
How is the luxurious Cantinflas mansion where he lived his last years of life
Tin Tan or Cantinflas: who was the best Mexican comedian in history