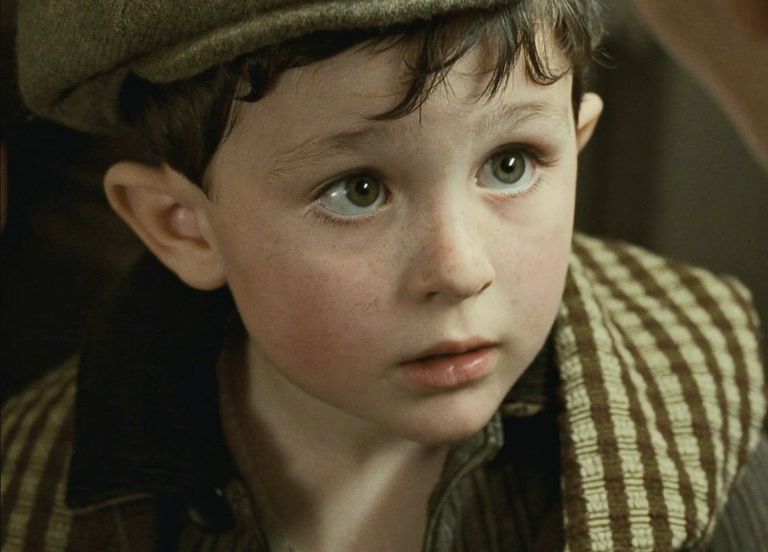 At the age of five, Reece Thompson made his film debut with Titanic, the mega hit of 1997. The young man then played the role of an Irish boy who dies in the famous shipwreck. A quarter of a century later, the actor continues to collect royalties for his participation in what was, for more than a decade, the highest grossing film in history.

In an interview with Business Insider, today’s 30-year-old revealed how much money he still earns for that job. The actor put himself in the shoes of a third-class passenger, an Irish boy, who dies along with his mother and sister in the tragedy.

Thompson appears in three scenes in the James Cameron film and utters a single line of text as chaos erupts on the Belfast-built ocean liner. Today turned into the digital marketing director of Brian Head Resort, a ski and snowboard resort in Utah, the interpreter says that he does not remember much of that experience on the set, although he continues to charge for it.

The boy’s career began as a child model after signing a contract with a talent agent after winning a contest. The boy’s mother was asked to choose between the opportunity to star in a commercial or to play a role in Titanic. Although the first option seemed at first the most profitable, his mother ended up opting for the one that, over time, would undoubtedly be the most advantageous.

“It turned out to be one of the highest-grossing movies in history, so it’s kind of weird to see it in retrospect,” Thompson reflects today. He adds: “My mom said, ‘Let’s do it. Will be great. Even if the movie is bad, we’ll watch it.’”

The young man recalls having difficulty recreating the Irish accent. “I was trying to mimic what the speech coach was trying to do. That’s the closest I ever got to getting that accent,” he said.

The child actor was paid at that time a fixed fee for his stay on the set that amounted to about 25 thousand dollars. The money he earned was deposited into a bank account and, he says, has since been used for his education, the purchase of a car and living expenses..

However, the actor said that in the years after the film was released, he received checks for several thousand dollars every quarter, although, as time went on, the figure began to reduce to between 100 and 300 dollars a month.

“It’s funny, because this is no longer present in my mind. It’s not like I’m like, ‘Oh, when am I going to get a new check from the Titanic? But when it happens, it’s like, ‘Oh great, an extra 100 bucks.’”, Thompson said in the interview.

“There were a couple of times where I was like, ‘Oh, this is a check for 250. This movie is 25 years old and that’s pretty weird, but I hope it keeps making a lot of money because that means more money for me.” humor.

James Cameron’s hit has grossed more than billions of dollars worldwide since its release and, after 13 years on the podium, is currently the third highest-grossing film in history after being surpassed by Avatar (2009), by the same director, and Avengers: Endgame (2019).

The curious monthly figure that the boy from the Titanic continues to charge for his brief appearance in the film, 25 years later