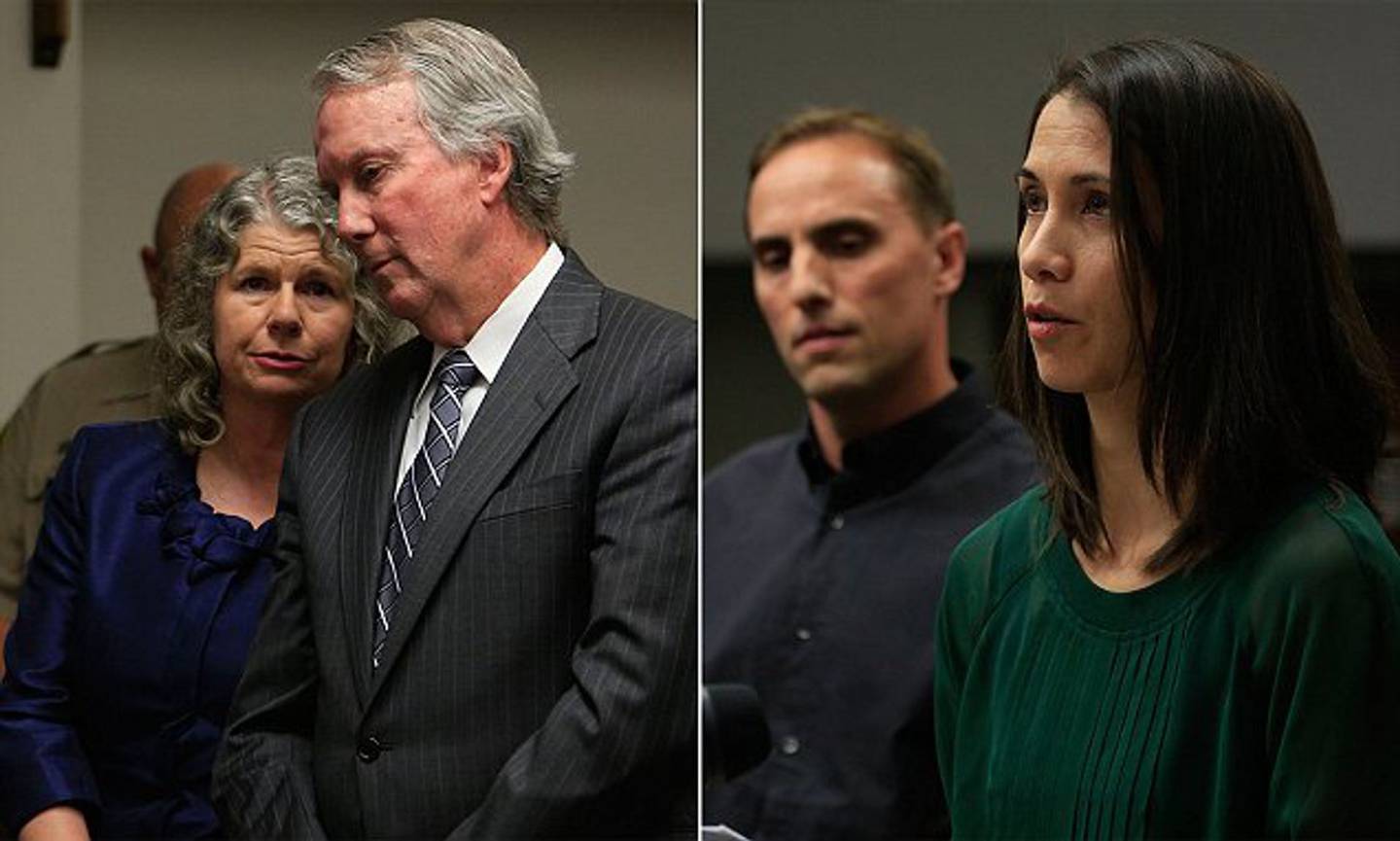 In that house they are scary, but do not think that they are ghosts or other supernatural events. The story of Deadly mundane, a new Netflix movie, is inspired by a real life case and that makes it shocking.

The film, which premiered this month on the platform, tells the story of Kevin and Natalie, a young couple facing problems in their marriage, but who are not willing to give up.

So, hoping to save their union, they move into their dream home to start over.

However, their disagreements will soon fade into the background and they will be the least worrying thing for them. Haunting and inexplicable events will begin to occur around them, leaving them bewildered.

Below you will find details of the true case -which has many similarities with the film-, so if you have not seen the film yet this is the warning that from here you can find spoilers.

In 2011, the marriage of Jerry Rice and Janice Ruhter found their dream home. It was located in an exclusive neighborhood of San Diego, California, it had a warm Spanish style, a large patio and a school was just a few meters away. They couldn’t ask for anything more.

They were quick to make a generous offer because, in addition to themselves, there were eight other families interested in acquiring this beautiful home. They had to act fast or the house could slip out of their hands.

When they received the news that they had accepted their offer, they were overjoyed and soon moved in with their little son. At the time, Janice was pregnant with a baby girl, and the beautiful Avery was born just two weeks after moving in. How lucky they were!

However, it wasn’t long before strange events began to unfold. First of all, they got a letter with an offer from someone who wanted to buy their house. Then their mail began to be flooded with unsolicited mail and magazines. But that was only the beginning, from then on everything got worse.

They soon discovered that the property was listed for sale on various real estate sites and dozens of strangers began knocking on their door. They couldn’t understand what was happening.

Later, Jerry was confronted by six neighbors who complained to him why he had sent a Valentine’s card to their wives. Something that obviously he hadn’t done.

The young husband had no choice but to apologize to his neighbors, many of whom he did not even know.

“I was like, ‘I’m sorry this is happening. I don’t know what’s up, ‘”Rice told the magazine. People, in an article published on his story in 2015.

“We are trying to find out who it is. It made me really uncomfortable. You always want to start on the right foot, ”he added.

A few days later a neighbor received a letter, apparently formal, warning her that a sexual predator had moved into the neighborhood, which caused her great concern because she was the mother of four children.

“It came on what looked like an official letterhead,” Crista Hubbard recounted in the same article.

“I checked the sex offender registry. There was no red flag on my street, “she recalled puzzled.

If all of this sounds terrifying to you, there is still more. One day a man showed up at the door of the house with the intention of having sex with Janice.

This is how the wife discovered that her name, photo and address appeared in an online advertisement in which she said that her fantasy was to be raped by strangers while her husband was working.

At that moment the situation went from being strange to becoming a dangerous situation. It was evident that someone, for some unknown reason, wanted to scare them, but now he also wanted to hurt them and turn their life into a pittance.

The question was: Who could it be? The couple had no idea what motives that person might have. They had no enemies. Jerry was a special education teacher at a college and Janice worked in a science laboratory at a children’s hospital.

“I started to panic. How far would this person be able to go? I didn’t feel safe anymore, ”Janice told People.

There was no other choice and the police were called. However, a whole year passed in which they continued to suffer from harassment. They were receiving bills for $ 1,000 a month for adult diapers, and they also discovered an advertisement for a New Years Eve party taking place in their yard.

Finally, the investigation found the guilty person. It was Kathy Rowe, a 53-year-old woman and mother of a 16-year-old girl with a disability who was behind it all.

The reason? She was one of eight families who also tried to buy the house. When she realized that she had missed the opportunity, she was devastated.

The woman was sentenced to one year of electronic surveillance, five years of probation and ten years of staying away from the couple.

“My intention was never to hurt them,” the woman assured ABC.

For his part, Jerry claims that his family still lives in fear.

“Every time someone comes to the door, you wonder what that person is coming to,” the husband told the news.