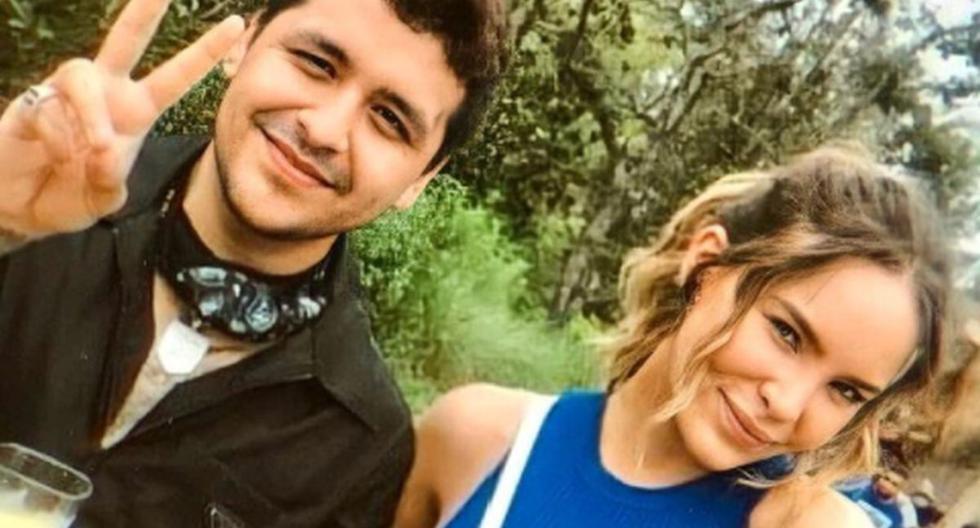 The fever to see “Spider-Man: No Way Home” sweeps the world. Millions of fans of the arachnid superhero continue to flock to theaters to enjoy the latest Marvel movie. Among them were Christian Nodal and Belinda, who through social networks boasted of a romantic date.

MORE INFORMATION: Belinda and Christian Nodal went to the movies together for the first time

According to Christian Nodal himself, it was the first time that he and his girlfriend Belinda attended the movies together. The couple went to see “Spider-Man: No Way Home”, the Marvel film that has become one of the highest grossing in its first weeks in the cinema, being compared to “Avengers: Endgame” and “Avengers: Infinity. War “.

Through his Instagram account, Christian Nodal showed that he is a fan of Spider-Man by attending the cinema disguised as the arachnid superhero. Together with his girlfriend Belinda, the Mexican singer donned an outfit similar to the one Peter Parker wore in his first movie. Have you already seen it?

MORE INFORMATION: How Christian Nodal’s life changed since his relationship with Belinda began

THE COSTUME CHRISTIAN NODAL SHOULD WEAR TO BE ABLE TO SEE “SPIDER-MAN: NO WAY HOME” WITH BELINDA

Through his Instagram account, Christian Nodal showed his followers that he went to see the movie “Spider-Man: No Way Home” with his girlfriend Belinda. It was the couple’s first time going to the movies and they wanted to share the romantic moment they spent together.

What caught the eye was the costume that Christian Nodal used to see the new Peter Parker movie. In the images that he showed through his Instagram stories, we can see that the Mexican singer wore an outfit similar to that used by the arachnid superhero in his first film.

Before leaving for the movie theater, Nodal took a photo in front of a closet mirror, where he showed off the look he used for the occasion. The garment is a recreation of the first costume that Tobey Maguire wore in Spider-Man, with a balaclava that “Peter Parker” used to hide his identity in the fighting ring.

“Guess where I’m going,” Nodal wrote about the image. “The best couple forever and ever, amen,” he added in reference to his relationship with Belinda.

Christian Nodal completed his outfit with jeans, a red glove and tennis shoes of the same color.

Then, the 22-year-old interpreter shared a video that he recorded with Belinda inside the movie theater, where the couple could be seen while they waited for the Marvel movie to begin.

During the audiovisual clip, Nodal wore the ski mask, while Belinda pretended to throw a spider web. “Our first time in a movie theater,” added the singer in his post.

The costume that Christian Nodal used to watch “Spider-Man: No Way Home” with Belinda