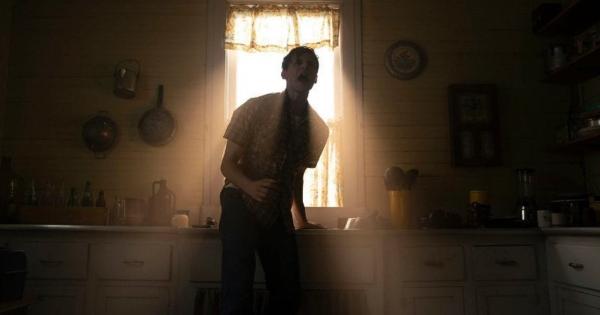 2020 may have been terrifying, but Warner Bros. has a terrifying summer in store for us on the big screen. After almost five years, The Conjuring: The Devil Made Me Do It it will eventually hit theaters. The third installment of the franchise that started James wan it will be the first time that this acclaimed director has served only as a producer. At the head of this new film is Michael Chaves and in the first reviews it seems that the new direction that the franchise has taken is noticeable.

Based on a real case, Ed (Patrick Wilson ) and Lorraine Warren (Vera farmiga) are involved in the case against Arne Cheyenne Johnson (Ruairi O’Connor), a young man accused of murder who he claims has been possessed by an evil entity, who has forced him to commit the crime. His relationship with a previous exorcism puts the pair of paranormal investigators on his side and in an attempt to prove that, indeed, a malevolent presence has found a place in him. That is the premise of The Conjuring: The Devil Made Me Do It.

In early reviews, it seems like the saga is really moving into unexplored terrain. It is worth mentioning that The spell –

80% They are movies about haunted houses, while this leans towards the sub-genre of possessions. However, you shouldn’t worry about it turning into a legal drama or romance, as Farmiga has said, as this is a pure horror movie.

Likewise, for those who did not enjoy The Curse of La Llorona – 39%, Chaves’ previous work, it seems there is nothing to worry about. The reviews speak of a movie that does at least build a couple of really tense sequences. One in a morgue seems to be the most memorable. In them, the director stretches the suspense until the last minute and tries to mislead and surprise the viewer within each frame.

Another element that seems to be a constant is how refreshing it has been for the saga to leave the haunted houses. Although most agree that the film does not break the mold, nor does it deviate from the formula of its predecessors, that does not necessarily work against it. The most negative comments explain that the story feels superficial and that some of its themes are downright silly.

We recommend you: The Conjuring 3: Vera Farmiga Says It’s More of a Love Story Than a Horror Story

These are the first criticisms of The Conjuring: The Devil Made Me Do It – 75%, which have earned him a passing grade:

Granted, the film does at least try to play with some new ideas, even when those don’t land well. The haunted house formula is missed, but a non-demonic antagonist and some clever twists ensure you’ll be hooked the entire time. The Conjuring 2 is arguably still the best of what is now a trilogy, but with scares so intense and a steady rise in tension that you’ll end up on the edge of your seat, it’s impossible not to recommend this endeavor to horror fans.

Kat hughes on The Hollywood News:

By focusing on Ed and Lorraine, the usual ‘scares’ fade into the background, but are replaced by an ever-present sense of terror that makes watching her even more uncomfortable. Chaves works to lengthen the events and while he’s more widely spaced than we’ve become used to, he still lands with a heartbreaking jolt. The fear levels rise even further, as this time Ed and Lorraine are really in the thick of things, and since we’ve played several movies with them now, the audience is very interested in their plight. A welcome departure from the franchise’s self-imposed convention, The Conjuring: The Devil Made Me Do It is an insidiously sinister vision that will haunt you in your dreams.

The story strays from the platitudes of haunted houses and leans into the territory of detectives and satanic cults only for the effect of rolling eyes. This pivot only serves to inflame the script, perpetuate misconceptions of the “satanic panic” and away from the realistic quality that made the two films so captivating. It gets dumber to the point that even the late Warren, who were famous for fixing the details of their supernatural cases, might think it’s too much.

Chaves puts them (the protagonists) in brilliantly executed scenes, including an unforgettable sequence in a morgue that tests his limits and does not fail. Horror performances are not recognized enough and Wilson and Farmiga deserve every applause they get.

The Conjuring universe movies are known for their scares as demons leap at their innocent victims and the Warrens, and this latest installment doesn’t break that formula, though Chaves clearly enjoys stretching the tension as much as possible, and misleading the direction to keep it going. audiences looking for something seemingly sinister before yelling in their faces.

A solid installment of the franchise.

The Conjuring remains the best horror franchise of all time, due to the more unusual cases of the Warrens …

… while the movie starts off brilliantly, the longer it lasts, the more random and mindless supernatural elements try to connect with each other …

Continue reading: The Conjuring 3: first images promise the darkest movie in the saga