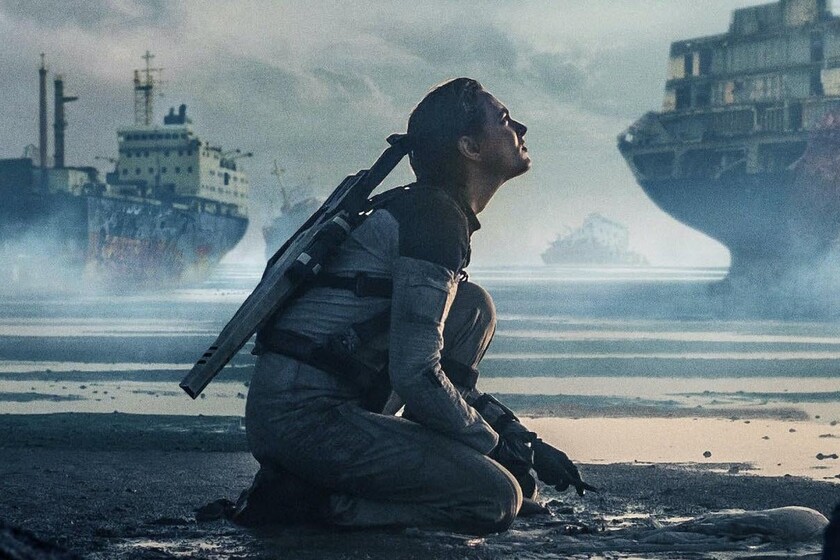 With airs arties and an argument in which elements from other classics of post-apocalyptic fictions are detected, Roland Emmerich (‘The Day After Tomorrow’, ‘Independence Day’, ‘Universal Soldier’) presents the first trailer of a production co-writing and directing Tim Fehlbaum, director of another unique 2021 doomsday film, ‘Hell.’ In it, a group of survivors had to protect themselves from the devastating rays of the sun that had killed life on Earth.

This time, Fehlbaum takes us to an even more desolate Earth, abandoned by the population after a series of climatic disasters. But settlers on other planets are not able to reproduce, and a woman (Nora Arnezeder, whom we saw in ‘Army of the dead‘) returns to our planet to find out the cause of this infertility. There he will meet an explorer (Iain Glen, Jorah Mormont in ‘Game of Thrones’) with whom he comes to the conclusion that it is time to return to Earth, although the few remaining inhabitants do not entirely agree.

In the future, water everywhere

Based on the most pessimistic forecasts that await the Earth’s climate for a few decades (and which Roland Emmerich has already covered in his catastrophic blockbusters for Hollywood), Fehlbaum portrays a future of immense land surfaces flooded by water. The few survivors take refuge in stranded and abandoned cargo ships, which is certainly reminiscent of ‘Waterworld’, but without the touch of action a lo ‘Mad Max’ that had that one.

This production does not yet have a release date outside of its native Germany, although the fact of having an international cast and being shot in English can guarantee a quick distribution. In fact, another piece of fiction directed by one of its co-writers, Tim Trachte, also comes from Germany: the student sci-fi intrigue ‘Biohackers’, available on Netflix.