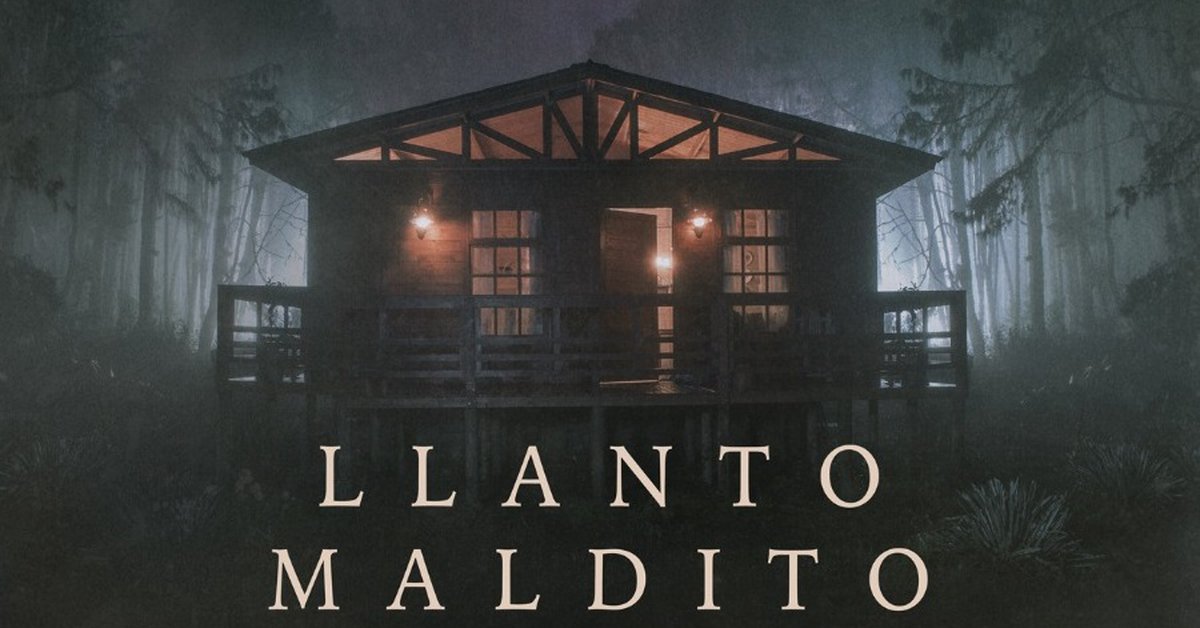 After becoming pregnant with the rainbow, and losing her child in the waters, Tarumama has been wandering along the banks of the rivers in search of her baby. With heartbreaking cries, and with a terrifying appearance, that woman scares the community and seeks to steal the children, according to the legend from Nariño. ‘Crying Damn’, a film directed by Colombian filmmaker Andrés Beltrán, tells the story of a family in crisis that, in the middle of their vacation in a cabin, is tormented by a being that has goats’ legs instead of feet. The feature film will hit the cinemas of the country on July 29, and Infobae spoke with its director.

Although terror has been one of Andrés Beltrán’s favorite genres in cinema, since he was a child, this film has become his first installment of it. After a lot of studying and spending about two years writing, the also director of the second season of ‘Wild District’ began to give life to the history of the family made up of the spouses ‘Sara’ and ‘Óscar’, and their two children.

There were fourteen scripts in total that were made, and a constant search to grant ‘Cursed Cry’ a balance between a good story and the frightening effect that this type of film should generate on the viewer. For Beltrán, making this kind of film has a high difficulty, so it should not be taken lightly, and therefore his next proposals will take time to come to light.

“It is very difficult to make a good horror movie. There are many films that are just scary and gimmicky, and there are others that are suddenly very interesting, but have no horror or genre elements. I think that making both things work is difficult ”, Beltrán commented to Infobae.

The writing of the story had Beltrán as the only participant at the beginning of its creation, however, after the first five or six attempts of the final text, says the filmmaker, the Spanish screenwriter Anton Goenechea joined the team. ‘Crying Cursed’, the director told this medium, is based on two main axes: a marriage on the verge of separating, and the fascination that Tarumama aroused in Beltrán.

Just days after its premiere in the cinemas of the country, ‘Crying cursed’ It has already become the one selected to represent SITGES, the International Fantastic Film Festival of Catalonia, at the Blood Window Showcase in Cannes 2021. In addition, it will be participating in the programming of that festival next October.

DYNAMO, company that is behind the film, is one of the most important production companies in Latin America, and has under its name series such as Narcos; Wild District; History of a Crime; Falco; Green Border; among other.

‘Óscar’ and ‘Sara’, played by Colombian actors Andrés Londoño and Paula Castaño, seek to save their marriage, so they decide to change the environment and go on vacation to a cabin in the forest, with their two children. There, the family will take on new challenges, because, in addition to the problems they already have, the presence of a strange being arrives that begins to create new fractures.

Although the literal idea of ​​the film refers to the bad experience that Tarumama makes the protagonists go through, there is also a tangible and real fear which is the separation of that family forever. Sara, in particular, is afraid of being a bad mother and losing her family, something similar to what that indigenous woman experienced who lost her son in the waters of the river. and who seeks to take homeless children to heal that pain of losing their first-born.

“Actually, in recent years, the terror has become much more serious, in quotes. I mean, filmmakers and critics have taken it more seriously, and it has become a bit more complex. So, I feel that what has happened to terror, and this is not that they have invented it, but I think that good horror films, of recent years, take real fears and create something metaphysical and supernatural “, Beltrán explained, to Infobae, about that duality in the plot of the story that, in fact, takes place in a physical space that was totally and exclusively created for recording.

“The mother is afraid of not being a good mother. Children are afraid that their parents will separate. So it is all this sum of ingredients that fall on the family and that generate a lot of tension “adds the director of the film. “For me, the Tarumama becomes, in some way, a materialization of these fears. A woman (…) an old woman who is stalking, who wants to steal children, what is she saying to the parents, in some way, ‘If you don’t take care of them, I’m going to take them’ “, complements Beltrán.

The feature film, made in association with Caracol Televisión; Dago García Producciones; Cinema Colombia; Particular Crowd, and the support of Channel 1, It even had a similar effect on Andrés who, in those days, was making his debut as a dad. When the writing of the story began, says Beltrán, he and his wife had the intention of wanting to be parents; some time later, during the writing of the script, the news of the pregnancy arrived; and in the course of filming, her little daughter was already a year old.

“I think all those fears of being a father, of being a mother, of ‘what will happen to our marriage when we have a child?’, All that (…) I somehow wanted to talk about it, but I didn’t want to make a drama, I wanted to make a horror movie “The director revealed that, in addition, he had the work of familiar faces on his team. Felipe Linares was the musician for his first film, ‘Bad days’, and he returned to work with Beltrán on ‘Llanto Maldito’, as did Juan Carlos Cajiao, who was the cinematographer of ‘Bolívar’; and Diana Trujillo, who was a production designer for ‘Distrito Salvaje’; among others.

In the middle of his dialogue with Infobae, Andrés Beltrán, who won an India Catalina in 2020 in the Best Director category, spoke about his perception of Colombian horror cinema that, these days, it is not so common to see in theaters of the country’s cinema. For Beltrán, gender has been, in one way and another, discarded under the argument of the supposed impossibility that exists within this type of stories to talk about social problems, however, for his concept, this is not true, and countries as Argentina have shown.

“I think that, in general, Colombian cinema has been shaping a lot towards the social, the anthropological, almost documentary, because obviously it is a country that needs to heal many things, and it needs to talk about many issues that have affected us for many years . So I feel that the genre has been a bit relegated by the same filmmakers who have said ‘no, not this genre’, ‘this country needs to talk about very serious things, and within the genre you can’t’ (…) but I think that in general you can talk about everything. The case of Argentina, for example, which has such a rich cinematography. They have talked about their problems and have talked about what they are like as a society and as a culture within terror “, he detailed.

The great challenge, says Beltrán, is to start making much more cinema of this type so that those who are incredulous of the capacity of this genre to develop debates of popular interest, begin to have the idea that it is possible. For the director, it is important to take advantage of the commercial factor that terror brings by itself, “The cinema is something that finally seeks to entertain, but it does not mean that it cannot deal with interesting topics or ask questions (…) we are not going to solve anything, but one asks the viewer questions, questions it”.

‘Tundama’: the animated film two Boyacá brothers that took over social networks at the same time as ‘Encanto’
Odd couples and deconstructed fast food: a night of creativity at Masterchef