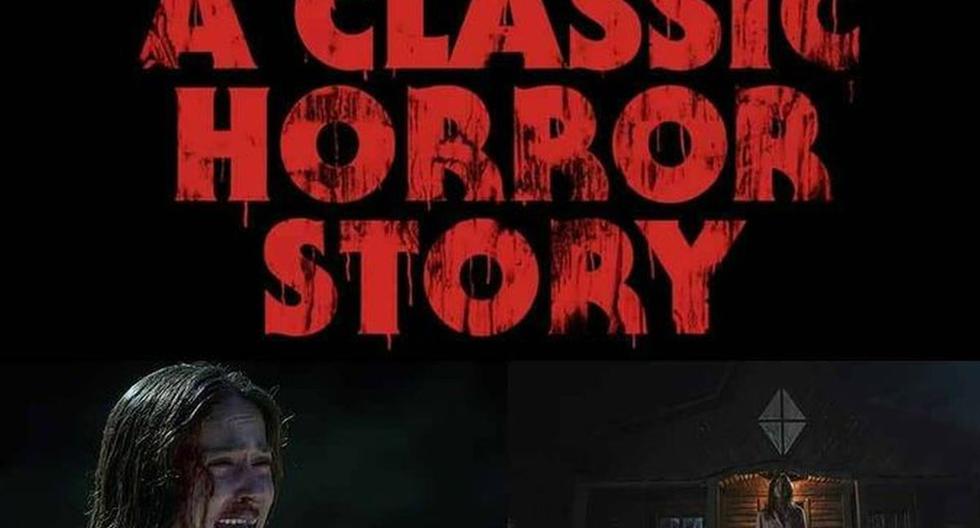 The latest film project of Netflix, ” A Classic Horror Story ”, has generated endless comments among lovers of the gender Horror. The chilling film was produced in Italy and features Will Merrick, Yuliia Sobo, Francesco Russo and Matilda Anna Ingrid, as its protagonists.

The film has bloody scenes that are considered a mixture of ” Midsommar ” and ” The Texas Chainsaw Massacre ”, that is to say, a pump not suitable for the weak of stomach.

Premiered on July 14, the film has taken as a reference the best of the greatest hits of horror cinema to play with what is considered typical of the genre: killers in masks, an abandoned house, among other details that have brought great memories to viewers.

WHAT IS THE MOVIE ABOUT?

The film begins with five strangers traveling through the About from Italia to go to a common place. Suddenly, the caravan that transports them suffers an accident and the group ends trapped in a forest where they will do everything to escape, until they end up in a cabin, which belongs to a sect that will try to kill everyone.

ALERTA SPOILER. The movie ends when Elisa witnesses a dinner in which her torturers eat under the gaze of a woman who belongs to the local mafia. Later, Fabrizio reveals to Elisa that everything that happened is part of a movie and that the gory genre is what the public enjoys seeing.

This is how the young woman takes advantage of the moment in which Fabrizio is going to record his final scenes to escape and shoot the man and his mother, who was also his accomplice, to death. Elisa records the fatal scene, claiming that this was the proper ending.

Then he manages to get out of the forest and reaches a beach with people, where dives into the water. Bathers are horrified because it is covered in blood, this because the young pregnant woman had been nailed to a chair.

From another perspective, it looks like a man sitting in the dark watching the scene as part of the aforementioned movie on the Bloodflix website, due to having an unexpected ending, give a bad rating and log out of the website.

WHAT DOES THE END OF “ A CLASSIC HORROR STORY ” MEAN?

Will Elisa survive? Although the last image seen of her is bleeding in the sea, it comes from the wounds produced by the nails in her hands, which would not have much chance of ending her life.

On the other hand, the presence of bathers are a hope for the young woman, as it may be helped by those present. Her character proves to be resistant and the only one at risk seems to be her baby, due to the injuries to which her mother was subjected.

The final scene of the man qualifying the film as negative, refers to the consumers of the illegal snuff movie industry, which is quite large and lucrative. They even simulate an online streaming platform specifically for the genre, which includes its own title list and discussion forum.