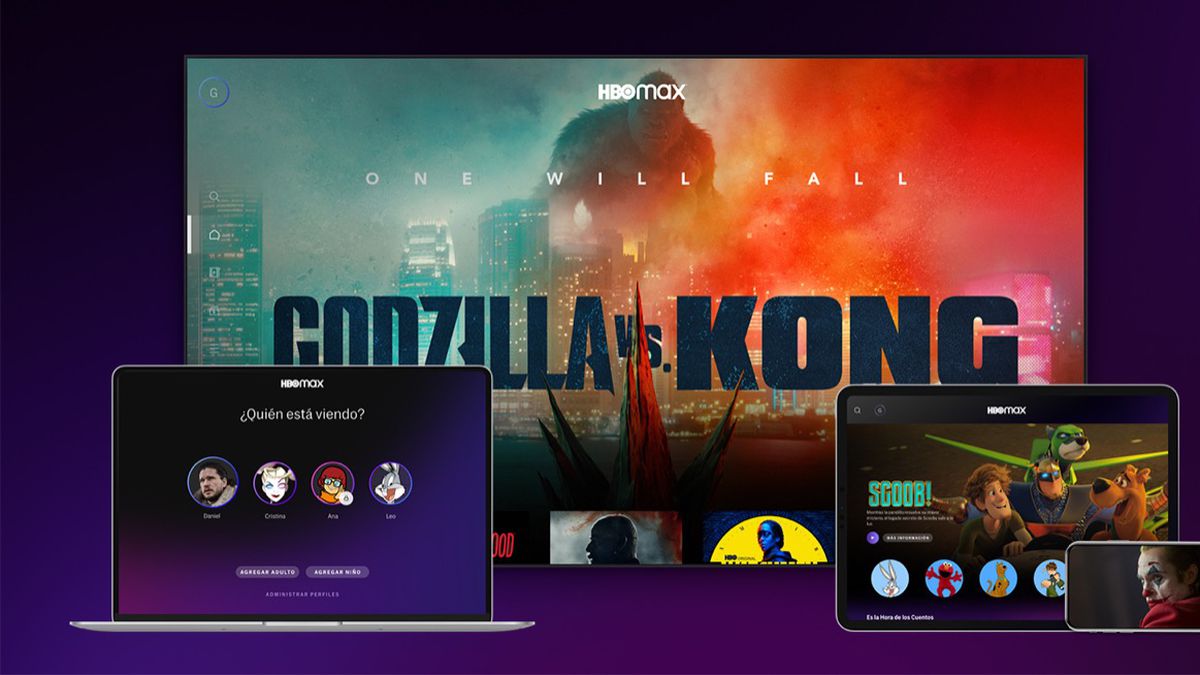 The standard plan offers families access to three simultaneous users, five personalized profiles, HD video and content downloads, and some titles in 4K, on ​​all supported devices. This plan will be priced at $ 529 per month.

The mobile plan offers access to the same content catalog, but has been designed for an individual experience, to be enjoyed in standard definition on compatible smartphones and tablets, with optimized image quality. This plan will be priced at $ 359 per month.

The series include all seasons and the reunion of “Friends”, in addition to “Game of Thrones”, “Westworld”, “Sex and the City”, “Big Little Lies”, “The Undoing”, “Succession”, “The Big Bang Theory”, “Veep”, “The Sopranos”, “Watchmen”, “The wire” Y “Euphoria”, among other titles.

In 2022, HBO Max will be the exclusive home of the long-awaited GoT prequel, “House of Dragon”.

For the youngest, animations such as, “Scooby-Doo”, “Looney Tunes” Y “Tom & Jerry”. In addition to the extensive library of Cartoon Network.

As for cinema, the eight original films of “Harry Potter” and the trilogy of “The Lord of the rings” they’ll be avalaible. The same as the brand’s films DC What “Zack Snyder’s Justice League”, “Wonder Woman 1984”, “Joker”, “Shazam” and the trilogy of “Batman” from Christopher Nolan, among others.

DC movies are one of the highlights of HBO Max

Classics like “Casablanca” Y “The Wizard of Oz” They will also be part of the catalog, as well as recent releases: “Mortal Kombat”, “Judas and the black messiah” Y “Godzilla vs. Kong”.

The premieres of Warner they will arrive on the platform 35 days after going through theaters. The news “Space Jam”, “In the neighborhood”, “Dune” Y “The suicide squad”Will be the first to have that window bounded.

Finally, the matches of the UEFA Champions League can be viewed on the streaming platform. And there will be space for Latin productions like “The bronze garden”, Epitaphs, “A rooster for Aesculapius” Y “Mr. Ávila”.