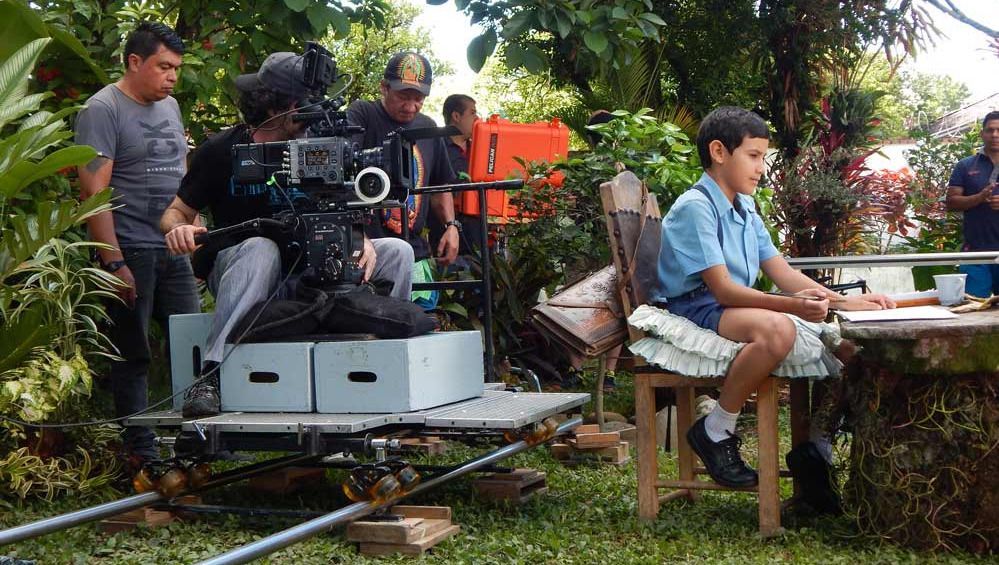 On the morning of this April 30, a young audiovisual producer, based in Bogotá, exposed through her social networks her disagreement with a situation that has not seen any progress for three years. In 2019, she was part of a production directed by the filmmaker Carlos Mario Rojas Urueña. The production was being filmed in Chaparral, Tolima, a town where the director is from, and the young woman’s task was to assist him during filming.

“He’s a scammer,” said the young woman, in conversation with Infobae Colombia. “My position was assistant director and for three years they haven’t responded with my payment.” The named person worked as director and producer of a film that has not seen the light of day to date. The beginning of its shooting was reviewed by some digital media and through the film’s website, whose access link is currently obsolete.

The title of the production is Manuel and deals with the story of this different child, a reader, who is passionate about painting and music, who interprets the world from fantasy. These virtues of his will end up unleashing a series of problems that will become daily within his family, because the fantasy in which the child lives is such that no one understands him. The filming of the production began on June 24 of that year and would last four weeks.

The chosen location was Chaparral and there Rojas Urueña hired the services of more than seven hundred extras and secondary actors. He already had with him a team of cameramen, soundmen, arrangers, among other positions, all included in the project thanks to the funds that the Ministry of Culture, through the Film Law, earmarked for the production, as this was the first to be declared of national interest. These funds were gathered thanks to the contribution of different investors and donors, in addition to the money provided by private companies such as the Cooperativa de Caficultores del Sur del Tolima CAFISUR, the production companies ÁUREO FILMS, Tres Pétalos Films, NABLA MEDIA, 88 films productions, among others. .

Rojas received the unconditional support of the Chaparral community, since he had the backing of the local mayor’s office, which saw in this project a contribution to the economic and cultural development of the municipality.

“This guy didn’t pay a lot of the production team, some of the hired actors, and even the people he hired as extras, who lived in Chaparral, on time.”, points out the young woman. “They provided their services, not only to appear in the filming, but with spaces for lodging and food.” The project was just going through the first phases of its production, since it was still being studied by the Ministry of Commerce, which had been evaluating the proposal in order to raise funds that would allow it to complete its filming process.

“For three years he hasn’t answered me, neither he nor anyone. And he is not only with me, but also with one of the actors and some sound engineers”, concludes the young director.

Carlos Mario Rojas was born in Chaparral in 1980. He is a composer, producer and director. He studied in the United States and in Europe. He has directed different audiovisual pieces. Manuel It was his first challenge as director of a feature film.

Before the statements of this young woman on her Instagram and Facebook accounts, several users spoke out expressing similar complaints. None of the interventions came from the producer or any of the people close to him. After a few hours, the young woman deleted her posts.