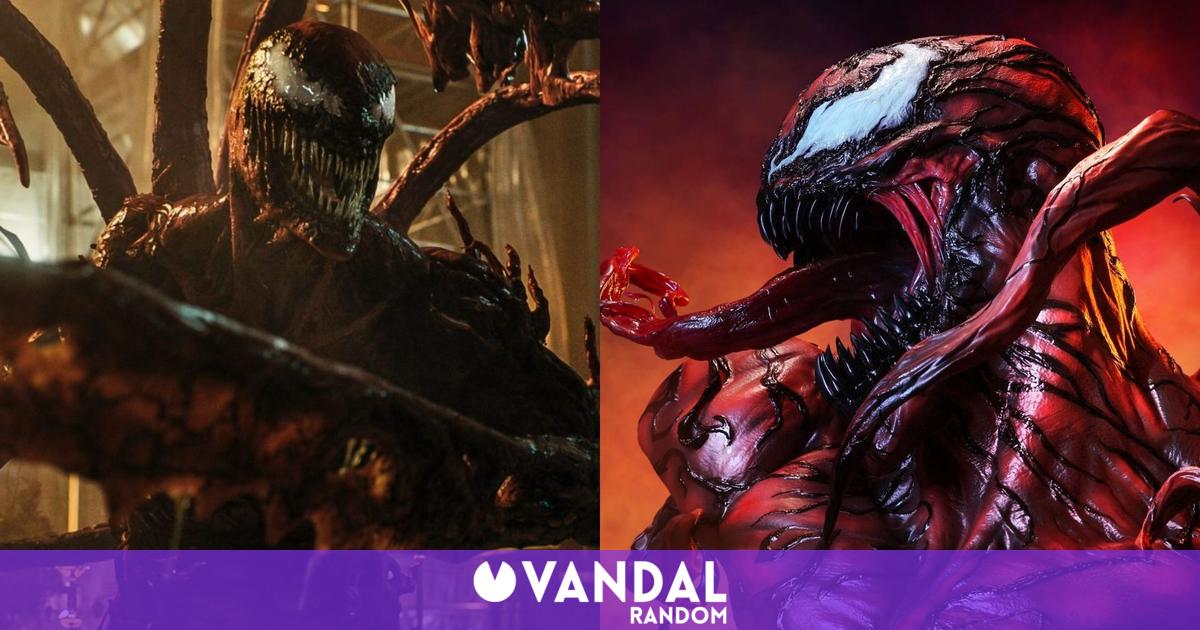 Collectors are in luck because Queen Studios just showed her new bust of Carnage, the villain of Venom: Habr Matanza that right now has become one of the fiercest in the superhero cinematic universe that is being built from various sides by Marvel Studios. Carnage’s past is what makes the character so terrifying, since in the past this He was a serial killer named Cletus Kasady. Upon coming into contact with the blood of Eddie Brock, the symbiote DNA cal in his body further enhancing his mental instability and causing him to become a true monster.

Queen Studios has managed to capture very well that macabre and horror film essence by representing a life size bust at 1: 1 scale. With 75 cm tall and painted almost to perfection by that characteristic crimson red that we can find on Carnage’s skin. That s, the price is a bit high since it goes to the 1,480 dlares, which makes it truly a collector’s item only for true lovers of this world of heroes and villains.

Then we will leave you with the main characteristics broken down and with several images so that you can see what the Carnage bust looks like:

The product can be reserved starting today, November 11, and will be available in Taiwan Hong Kong, Macau, South Korea, Europe and Japan. Delivery is estimated to be from the second quarter of 2022. The bust, by the way, is inspired by number 5 of Marvel’s Absolute Carnage series.

Remember that Venom: Habr Matanza is still in movie theaters and has become one of the best movie premieres in a pandemic era, despite the bad reviews it seems that the response that the public has had about it has been totally spectacular.