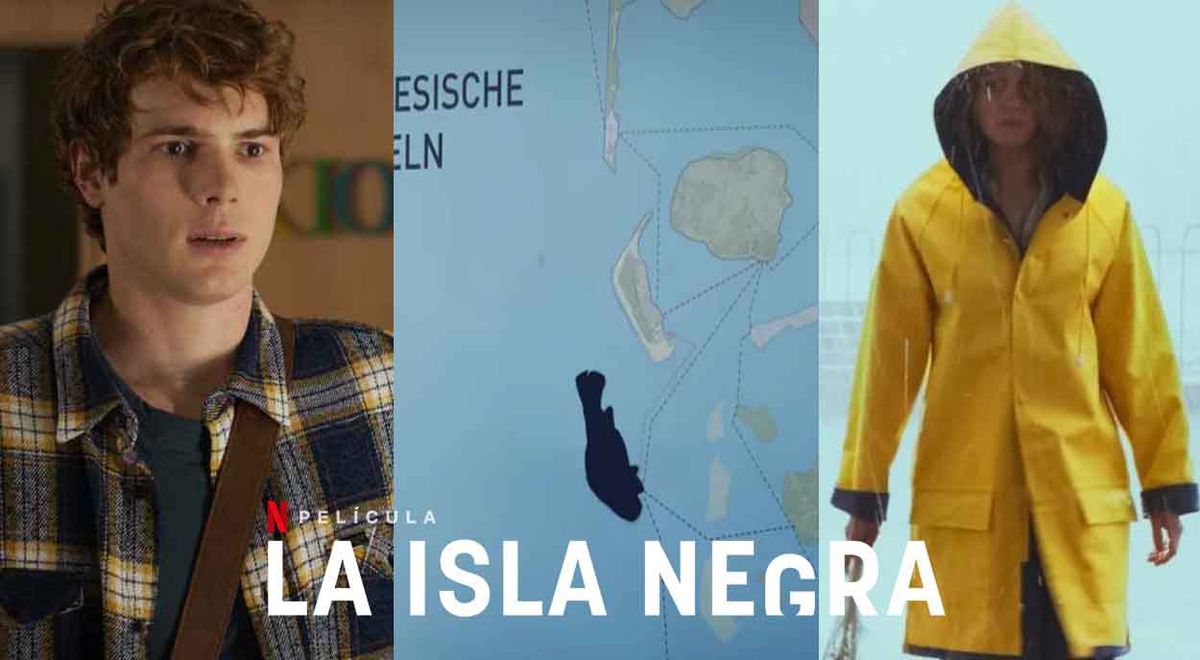 This week Netflix came a new thriller called The black island. The story not only takes us to know a remote and picturesque place, but also to see a revenge.

The film stars Philip Froissant as a young man named Jonas Hansen, who lives with his grandfather Friedrich (Hanns Zischler) after the murder of his parents. What he would never imagine is the tangle of lies he would have to solve to find the truth.

A year after the accident, we see Jonas with Nina Cohrs (Mercedes Müller) arriving at the institute. There they meet their new substitute teacher Helena Jung (Alice Dwyer).

While at first glance she appears to be an enthusiastic and approachable person, she soon reveals her violent nature and what her main goal is: finish off Jonas and his grandfather.

Things escalate as Nina discovers the truth behind Helena, resulting in her death and the continuation of her investigation by the protagonist and his friends.

Who really is Helena Jung?

At one point in the movie, Nina discovers an old yearbook where she finds a photo of a teacher named Maria Roth, who looks identical to Helena. However, before he could learn more, she kills her.

We eventually learn that Helena was, in fact, Maria Roth’s daughter with Friedrich, which means that she is Jonas’s aunt. According to her account, her mother was deeply in love with Friedrich, but when he refused to take responsibility for her pregnancy, Maria ended her life and Helena grew up seeking revenge.

Jonas discovers his union with Helena

After Nina’s death, Friedrich suffers a strike that leaves him paralyzed and speechless. Helena takes the opportunity to tell him that she will kill Jonas.

Back at home, the man tries to prevent his daughter from killing his nephew, but sees how Jonas takes a tea with sleeping pills. Before revealing her motivations, and as he weakens, she takes him to the pond to drown him.

However, Jonas manages to escape and the two fight. Just when it looks like Helena is going to kill him, he stabs her with a piece of glass and is saved.

The mysterious final map of The Black Island

The ending is a bit confusing, as the action unfolds in a very short time. After killing Helena, Friedrich gives Jonas a letter from Maria, where everything said by the teacher is corroborated.

Discovering the family lies, Jonas heads to the nearest ferry to leave the island. Here, he sees a woman wearing a yellow raincoat, a very familiar one that Helena wore, and follows her. Fortunately, it’s someone you don’t know, but she points out a strange mark on a map: of all the North Frisian islands, only hers was marked in black.

Everything indicates that Jonas knew that this was the work of Helena, who considered the island “black” because of what had happened to her, her mother and Friedrich.

The dark secrets of a seemingly peaceful island threaten to devour a student when he gets too close to his new teacher. This mysterious woman will dazzle you with her charms, without knowing the danger that she runs from that moment.