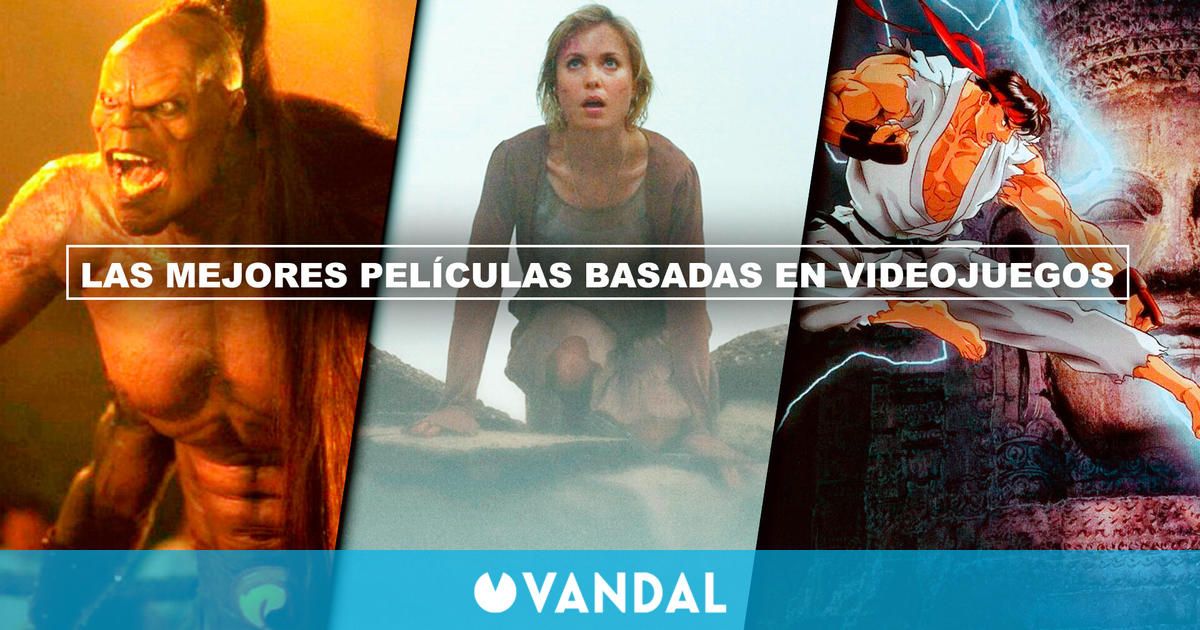 Cinema and videogames have always had a most peculiar relationship. In the early stages of the 21st century, video games became one of the main standards for the expansion of certain blockbuster films (that is, mainstream until enough is said). so that they had a much longer life and thus continue to delve into the history of some characters or even offer alternative plot points of view. Although others, such as the classic of The Lord of the Rings: The Return of the king of EA, roughly followed what was narrated in the feature films, letting the players go through that story based on an addicted gameplay.

In time, however, has been turning the tables little by little And now it is the cinema that constantly seeks to bring great works of videogames to its field, adapting more to their plots and what they really tell through the controls. It is an extremely simple task, because although both media start from the audiovisual, the truth is that they will never be able to transmit the same thing to the public. The video game has the ability to turn the player into a protagonist, causing him to suffer and suffer much more than any moviegoer sitting comfortably in his armchair.

On celluloid, for its part, it seeks to connect to its stalls through characters and arches with which they can feel identified. Emotionally connect those who attend the viewing only with the magic of a good story and some evolutions of protagonists that can make the viewer feel something. The experiences, although they may look alike, will never be the same in either case.

However, taking advantage of the premiere of Resident Evil: Welcome to Raccoon City, we have thrown ourselves headfirst into the pool to make a compilation with the best video game adaptations to the cinema. Or, as we specified, the less bad, because in this genre (let’s say it like that) it is not that there is a dazzling level.

We started with a classic animation of Gisabur Sugii who knew how to end the bad reputation of the Capcom video game in the world of cinema that created the feature film, of the same year, directed by Steven E. de Souza, which had Jean-Claude Van Damme in the cast. Street Fighter II: La pelcula it cuts to the chase and works like a shot when it comes to full-length action and hand-to-hand combat. With an animation, it is true, that has aged a little badly for what we are used to right now, but it is seen without problems.

Without a doubt, a movie that deserves to be on this list. Adapt the essence of Mortal Kombat It is not too complicated, at least it was not in the nineties considering that at that time the lore of the video game was not extremely as advanced as it is now. That is why we chose to put the film from the nineties instead of the current one from 2021 by Simon McQuoid, which only had it a little more complicated. Paul WS Anderson was more right here than with his free adaptations of Resident Evil or with the recent Monster Hunter. Direct combat, fair and correct character evolution and special effects that were not a grotesque either. 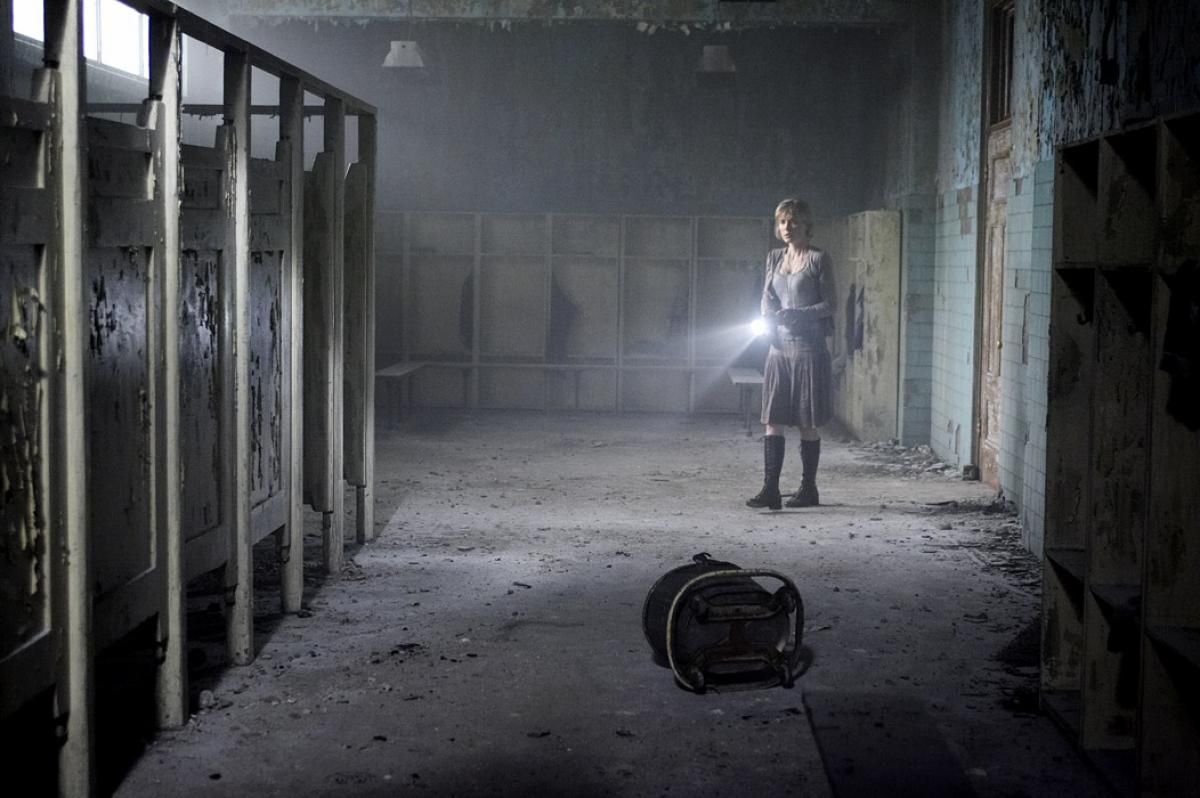 By the hair and scraping the crossbar, but the Silent Hill from Christophe Gans It deserved to be on this list because it works wonderfully as a regular horror movie. It is extremely difficult to capture the essence of horror that the original video game gives off, if not impossible because it is based on many occasions on the very tension generated by the stage while we are at the controls, and that for a movie is not easy to replicate. Now the Silent Hill 2006, although it takes the original story with a grain of salt, it is a most enjoyable product with sequences worthy of framing.

Professor Layton and the Eternal Diva (2009) 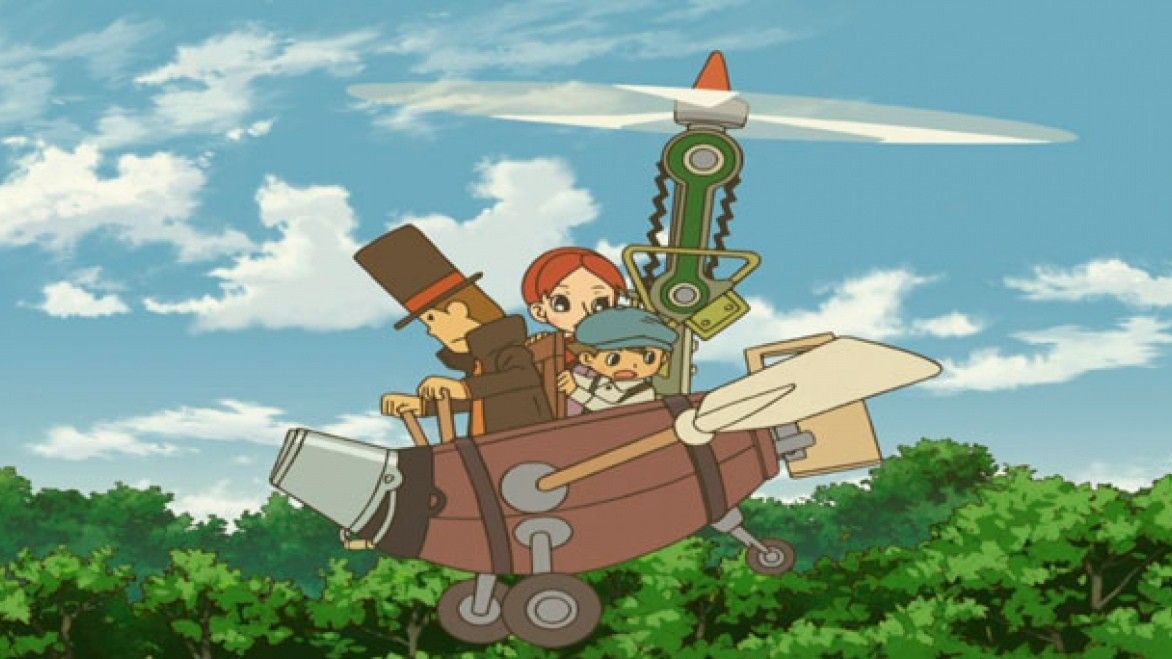 Possibly one of the most unknown films on the list and without a doubt deserves a moment of your attention. Animation has a fundamental weight in video game adaptations, but the feature film of Masakazu Hashimoto. Based on Nintendo’s puzzle video games of the same name, the feature film reunites Professor Layton and Luke to set off on an adventure that revolves around eternal life.

The most forgotten role of Jake Gyllenhaal (and rightly so, everything has to be said). Disney being the producer of the project, we have a feature film that borrows the elements that make up the video game from Prince of Persia of Ubisoft (which will have a remake ready in nothing and less, and hopefully with better results than the moment in which it was presented) and with Mike Newell at the direction a classic work on the journey of the hero is signed that, unfortunately, remains somewhat burdened by not knowing what role to play with determination. 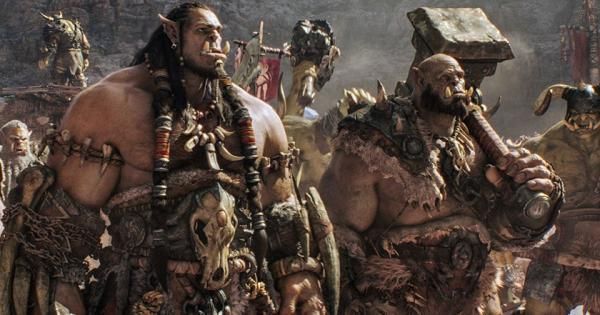 Take advantage of the pull I was having Travis Fimmel for his role as Ragnar Lodbrok in Vikings perhaps it was not the best of options. Warcraft it is immeasurable. It has too much history and lore to fit into a movie, and in fact even a series could run the risk of falling short (although we would love to see that). If we take it as a successor adventure to The Hobbit from Peter Jackson, it can work well as a fantasy story. Now, if we compare it to the video game, Warcraft it makes waters everywhere.

After the certainly failed films of Angelina Jolie like Lara Croft, Alicia Vikander pick up the baton and step into the shoes of the most famous explorer in the world of video games. Again, everything narrated in the works from which it starts is not followed at face value, but Roar Uthaug save the function with good action scenes and an adventure film to use with no greater pretensions than those of entertaining.

Adapting Rampage is one of the biggest risks that has been committed since the film industry, basically because video games do not have a plot in themselves and are based entirely on the destruction of scenes and combat of giant beasts. But everything works if we put Dwayne Johnson onscreen. Brad Peyton manages to articulate a product that is sustainable enough to have a more or less solid story and a film along kaiju eiga with the just and necessary interest to work at the box office. 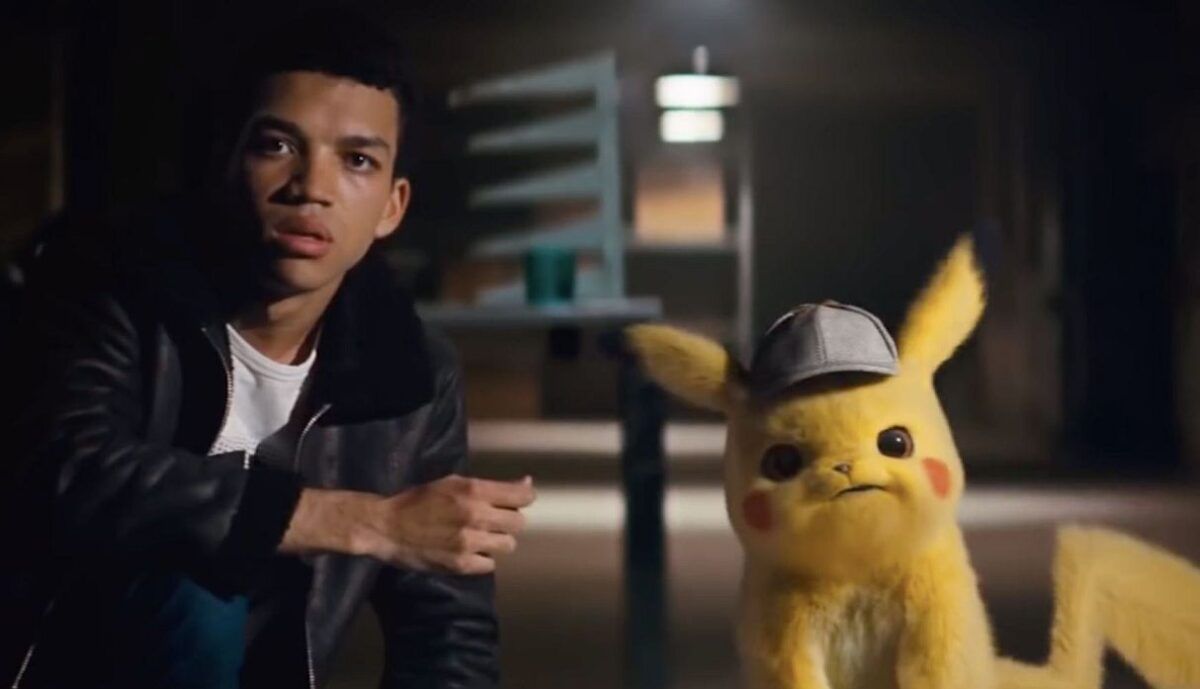 Without a doubt one of the best movies based on video games. He takes the essentials of Detective Pikachu and joins the adventurous feeling of the usual video games of the saga to model a live-action unique to Pokémon. Ryan Reynolds proved here that he can step into any role and play his best cards to make the audience laugh. 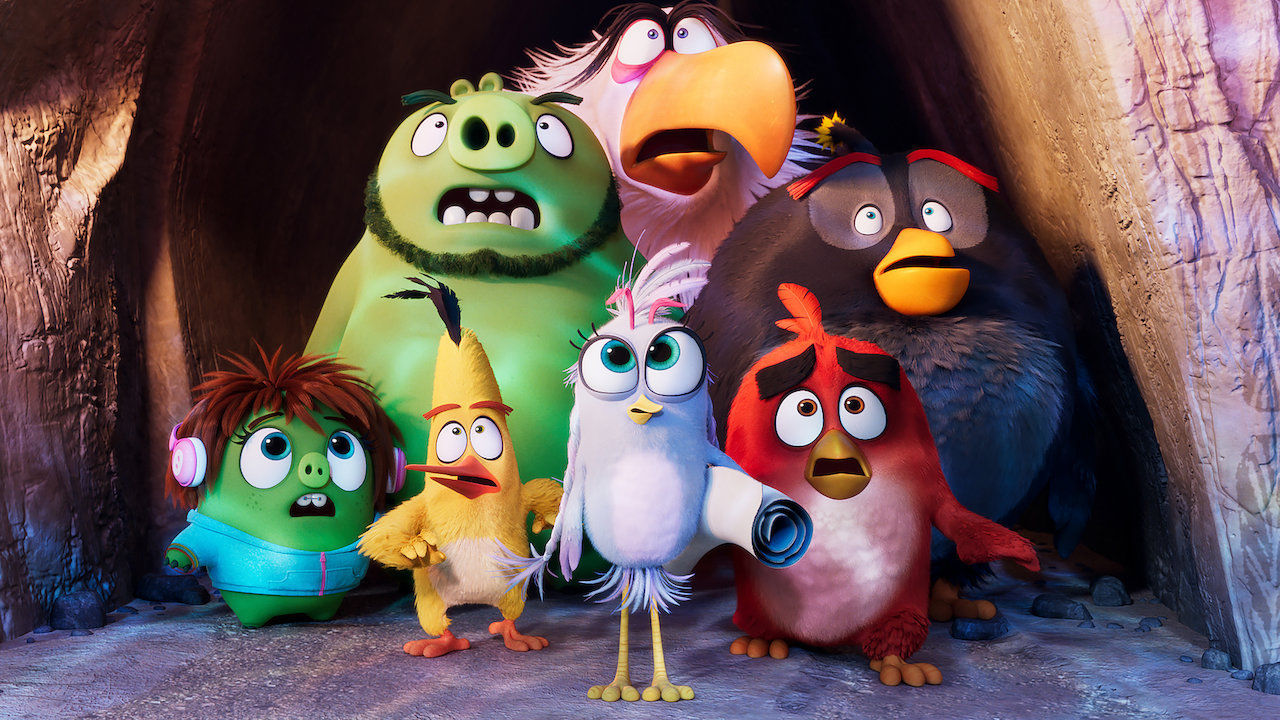 Direct sequel to Angry Birds. In the film, the pigs and the birds must join forces to end the villain Zeta, which is a tremendous setback for video games since the characters, with their well-defined roles, must leave the character to end another greater threat. Again, as in Rampage project, a somewhat risky work taking into account that it arises from extremely light narrative bases (not to say non-existent). 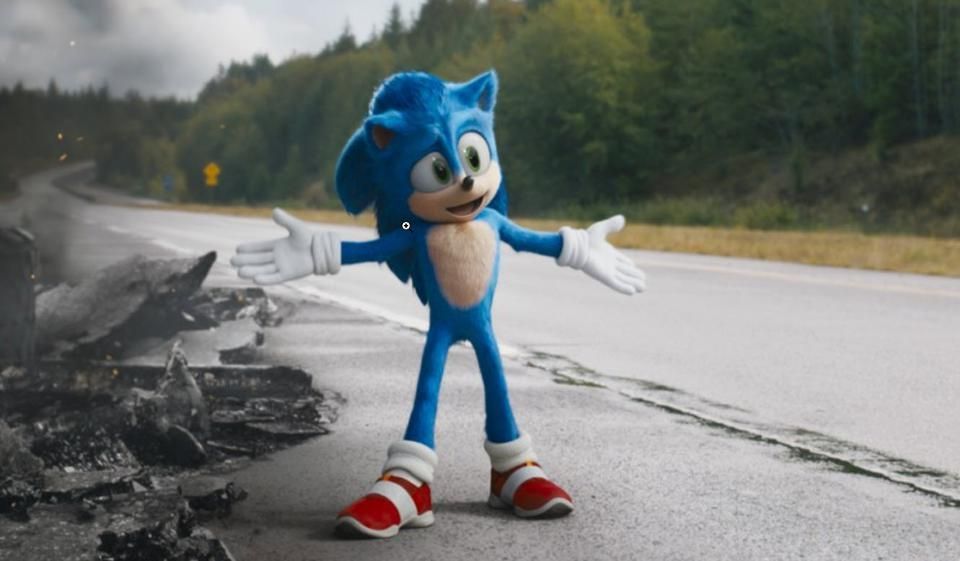 Not that the actual Sonic action movie got off to a very good start, because if you remember SEGA’s blue hedgehog landed looking a bit different from how we saw it in the final version. And it is that Paramount did not hit the nail with the first “definitive” design that he had in mind for Sonic and that led the studio to radically change the character for the official premiere of the film (which for obvious reasons delayed its release). The result, however, was a film that surprised a large part of the audience (for the better) and brought back the best Jim Carrey.

Probably the “craziest” movie we’ve seen in the sense of adapting videogames to cinema. Starting from a multiplayer, Josh Ruben idea a kind of whodunit in which everyone is a suspect. You have to discover everything that surrounds that mysterious figure of the Werewolf and, therefore, if he is among the characters that star in the film. Something simple but most effective that shows that with a good script, you go further than with good special effects.

There has been a lot of controversy with this film because of the conception it made Paul W.S. Anderson along with Milla Jovovich. But Welcome to Raccoon City has seemed like a very entertaining feature film, with many doses of terror (although it is not one that makes you jump out of your chair and that does not transmit the same as video games, for obvious reasons) and a handful of references to the original titles that are hats off. Johannes Roberts respects the bases of the first Resident Evil to perfection.

Which ones would you have chosen? Let us know in the comments.

The best movies based on video games (or the least bad)