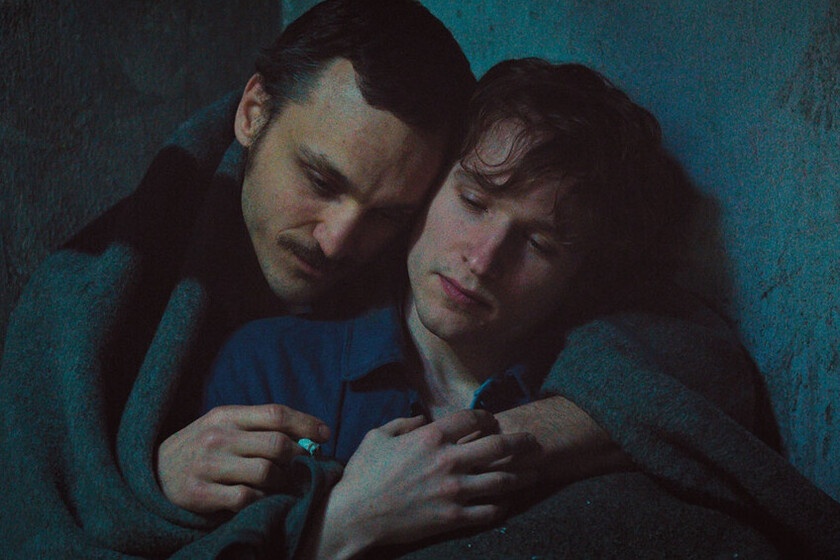 What is cinema? Edition after edition attempts to answer the most elementary and substantial question of all the Seville European Film Festival. A question that is answered through the viewing of the films exhibited throughout the nine days that the cinephile celebration has lasted in the Andalusian capital. Films that make up a rich programming where the heterogeneous and the subversive shine above the most stubborn and rusty cinema.

The black and white of Audiard and Branagh

No one concludes a film festival like the one held in the city of Seville (few have such iconoclastic programming) with the same conception of the seventh art as when it began. Its different sections gave a good example of the health of the best cinema that is being made today, both at the European level and on other continents, since through co-productions works from other geographical latitudes are also shown.

If the Official Section of this year should be reprimanded for something, it is for the excessive number of titles in competition, a problem that affects a good part of festivals around the world and which we already reflected on in the chronicle of the last edition of SEMINCI. But let’s go back to the beginning, to the origin. What is cinema?

To outline the discourse, the programmers (led by José Luis Cienfuegos, director of the festival) decided to open and close the Official Section with two works in black and white (although both with color leaks). The inaugural was’Paris, 13th district‘(‘ Les Olympiades’), the latest French film Jacques Audiard, adaptation of three graphic stories by the American cartoonist Adrian Tomine.

An unusual film in the filmography of the person in charge of ‘A prophet‘(2009), which explores sex-affective relationships in the digital age and its new social networks, showing the contradictions and fears of the millennial generation. In the great chemistry that exists between its actors (the neophyte Lucie Zhang has been awarded the award for best female performance) and the skillful storytelling of Audiard are the great achievements of this beautiful work.

And from France to Northern Ireland. In its capital it passes ‘Belfast’, film that closed the Sevillian festival (although it was out of competition) and with which Kenneth Branagh recounts his turbulent childhood in the 60s, marked by violent political and religious conflicts that disrupted his life and that of his family.


With better intentions than achieved results, the film winner of the last edition of the Toronto Festival It sins in its sweetness and inability to escape Hollywood platitudes. With music by the British singer Van Morrison and interpreted by well-known faces of the American industry (highlights the always solvent Judi Dench), ‘Belfast’ finds its best moments when it conveys to the viewer the fascination of the young protagonist for fiction (almost the only moments that color floods the screen), be it the theater or the cinema, than when it becomes entangled in the foreseeable melodrama family.

And between Audiard and Branagh, another twenty-three more films to solve the original question that every movie buff has to ask. In total, twenty-five feature films in the Official Section, twenty-one in competition. Among all those who participated, the jury chaired by the German filmmaker Christian Petzold – responsible for ‘Yella’ (2007) or ‘Ondina’ (2020), awarded with the prizes for best direction and editing in the last edition – delivered the Giraldillo de Oro a ‘Great Freedom’, third feature film by the Austrian Sebastian Meise.

Being the winner of the festival one solvent film, the track record is lackluster if one takes into account that the most outstanding and transgressive proposals were left empty. The new works of Apichatpong Weerasethakul, Nadav Lapid and Michelangelo Frammartino were not rewarded, nor did that indefinable wonder entitled ‘Otsoga Diaries’ co-directed by Miguel Gomes and Maureen Farmer.


What Do We See When We Look at the Sky?

In an edition marked by memory and time, the dark past and the uncertain and chaotic present, that these four films did not win a prize is incomprehensible. Yes it had, although it tastes little, the original ‘What do we see when we look at the sky?’, a fun and free declaration of love to the seventh art directed by the Georgian Alexandre Koberidze, awarded for her photography.

The winner, ‘Great Freedom’, tells the true story of Hans, a German convict jailed for being gay, victim of the heinous article 175 of the postwar West German penal code that condemned “lewd or obscene acts with another man” and was in effect until 1969.

By placing the focus on three specific dates (1945, 1957 and 1969), Meise approaches the main character during his life behind bars, the punishments he was inflicted on and his relationship with a murderous cellmate. Almost 25 years of in and out of jail from his release from a concentration camp to the decriminalization of homosexuality.


With the precision of a goldsmith, the Austrian director takes care of a solid staging marked by oppressive interior shots and gloomy photography that finds light in the least expected place. The use of the ellipsis cements a narrative that dazzles in its opening and ending, both of great visual power.

The film, which has already won the Jury Prize in the Un certain regard section of the Cannes Film Festival 2021, benefits from heartbreaking performance of German actor Franz Rogowski, undoubtedly one of the acting works of the season, which was distinguished in Seville with the award for the best male performance. Cinema of denunciation that observes the past with a magnifying glass to understand the present.

Another inescapable title of this eighteenth edition was ‘To Chiara’, by the Italian-American director Jonas Carpignano, award for the best direction and special mention to the cast formed by Nina Fumo, Swawmi Rotolo, Carmela Fumo and Claudio Rotolo. This is the third part of the Calabrian trilogy by Gioia Tauro that is completed by ‘Mediterranea’ (2015) and ‘A Ciambra’ (2017), the latter also awarded in Seville with the award for best actor for Pio Amato. A trilogy with which Carpignano shows the problems of this municipality and, by extension, of the whole of Italy: immigration, poverty and now mafia.

Its originality and strength lies in the point of view. We are facing a gangster film in which the protagonist is Chiara, the daughter of a mafia family, the only one (along with her younger sister) who does not know what her parents, uncles and cousins ​​do until her father suddenly disappears. Therefore, the viewer will witness this gaze into the abyss, of the gradual discovery that will crumble Chiara’s vital pillars and for which she will have to fit pieces and make important decisions. That is, his gaze will be our gaze throughout the entire footage.

As in his previous works, Carpignano walk the line between fiction and non-fiction, achieving powerful interpretations of people not hardened in acting, at the same time as an enigmatic atmosphere full of tension due to how he shoots the characters and spaces with close-ups. World premiere at the Quinzaine des réalisateurs in Cannes, ‘Para Chiara’ is a hopeful movie that since its overwhelming start at a birthday party, it presents us with the firm codes of power in the mafia and the family, both always united.

A cinema, the Italian one, that stood out in the different sections of the program with such notable proposals as ‘King Crab’ (Alessio Rigo de Righi, Matteo Zoppis), ‘Small Body’ (Laura Samani), ‘Atlantis’ (Yuri Ancarani) or the aforementioned ‘The hole’ (Michelangelo Frammartino). A cinema that, as with most of the titles released in Seville, defies the codes, rebels against the archaic postulates and embrace freedom.

That great freedom that the winning title of this edition makes mention of. Which brings us back to the question about the meaning of cinema. Surely something different from what we originally believed.

Honors of the 18th edition of the Seville Festival

The best films of the Seville Festival 2021