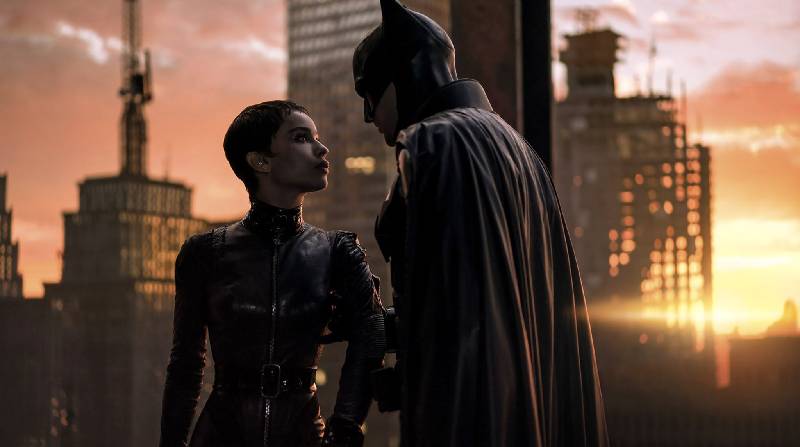 Almost seven weeks after its theatrical release ‘The Batman’ land on stream. The dark knight movie is incorporated from this week to the platform’s catalog hbo max.

After a series of delays in filming due to the pandemic, which also postponed the premiere, the film based on the character of DC Comics and produced by Warner Bros reached cinemas on March 3, 2022.

a story of revenge

Robert Pattinson is the actor who this time brings to life BruceWayne and his alter ego, Batman. Director Matt Reeves was the one who chose Pattinson after seeing her work in films like ‘The Lost City of Z’ and ‘Good Time: Living on the Edge’.

The high-profile crime film puts Batman on the trail of a serial killer obsessed with riddles and who calls himself Enigma.

The case involves a group of corrupt officials and the leaders of a criminal organization, which will have certain connections with the family past of Bruce Wayne.

As the study had announced, the new film adaptation from ‘The Batman’ lands in the catalog of the ‘streaming’ platform HBO Max 45 days after the theatrical release.

The platform released for free the 10 first minutes of the film of two hours and 56 minutes, as a preview of the digital premiere and to encourage new subscriptions.

In those first minutes you can already see the dramatic and dark tone that Reeves adopts in this production, as well as Pattinson’s performance under the mask of the Gotham vigilante.

This Monday April 18th, ‘The Batman’ will finally be available to all HBO Max subscribers.

In its first weekend, ‘The Batman’ grossed $258 million worldwide. With that figure he positioned himself as the best premiere of 2022.

In the context of the pandemic, the only film that had managed to break the USD 100 million barrier in its opening weekend was Spider-Man: No Way Home.

By the sixth week of release, Reeves’s film had accumulated $751 million box office. That places it, for the moment, as the highest grossing premiere of the year. Behind ‘The Batman’ appear ‘Water Gate Bridge’ (USD 626 million) and ‘Uncharted’ ($384 million).

‘The Batman’ goes on ‘streaming’ from Monday, April 18