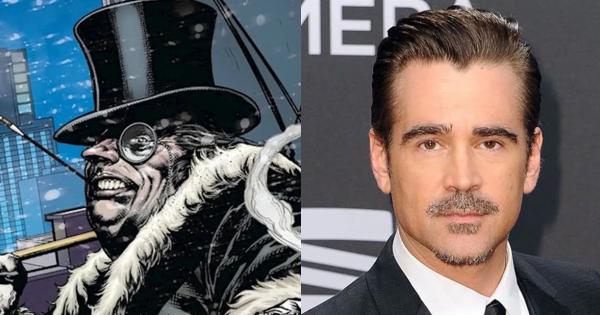 The Batman It has become one of the most anticipated films of 2022 and it seems that Warner Bros. has much bigger plans for its characters. According to a new report from Variety, the studio is already developing a spin-off series for The Penguin, the legendary enemy of the Dark Knight that for decades it has faced and that continues to be a source of wonder for readers and fans of all incarnations of the character in multiple formats. In the following paragraphs we discuss all the details.

Do not miss: The Batman: first reaction claims it’s a horror movie

In early 2020 it was confirmed that Colin Farrell He would take on the role of the Penguin, originally known as Oswald Cobblepot, a mob lord with a strange obsession with power and collecting. His genius intellect and wide dominance in the criminal world make him a strong opponent to Batman, and for several years we have seen him appear not only in comics, but also in animated series, books, movies and video games. But it’s time old Cobblepot got a chance to shine in its own light.

Variety reports that Warner Bros. already has the Penguin spin-off underway, a series for HBO Max that will narrate his rise to power in Gotham City. According to the news portal, the project is still in very, very early stages, but Colin Farrell he is contemplated to return as the villain; The funny thing is that apparently an agreement has not yet been reached with the actor. The medium holds that Lauren LeFranc (Agents of S.H.I.E.L.D. – 100%, Hemlock Grove) will be in charge of the script, while Matt Reeves and Dylan Clark they will serve as executive producers.

We invite you to read: DC announces plans for Batman Day 2021

In the past we have already observed other actors embodying the Penguin in audiovisual format, being the most recognized Burgess Meredith, Danny DeVito and Robin Lord Taylor . The version of Farrell It is a much darker and more realistic, with a change in appearance with respect to the actor that left the fans shocked. Colin underwent a significant number of prosthetics, modifying his image in a brutal way that continues to steal the breath of the most absent-minded; there were even those who did not believe that the people behind the new Penguin was himself Farrell. The Batman It is taking its challenges very seriously and intends to surprise us with a very different adaptation than we have seen in previous years.

The Penguin spin-off becomes the second project connected to The BatmanWell, let’s remember that at the beginning of the year Warner Bros. authorized Gotham PD, a series focused on the Gotham City police department. The studio has a lot of faith in the film and feels the need to exploit all the content possible now that the birth of a new and potential Batman looms over the horizon with Robert pattinson as the main star. A long and ambitious road awaits the new generation, what will be the next spin-off to be ordered?

In addition to Robert pattinson and Colin Farrell, The Batman will also feature the talent of Zoë Kravitz (Gateúbela), Jeffrey Wright (Commissioner James Gordon), Paul Dano (The riddle), Andy Serkis (Alfred Pennyworth), John Turturro (Carmine Falcone), Peter Sarsgaard (Gil Colson). The film should have been released some time ago but suffered multiple inconveniences due to the health crisis that still plagues the world. After a long wait and very little progress on social networks, it will hit theaters on March 4, 2022 to turn the global box office upside down. Will he be able to give a new direction to the long tradition of the Guardian of Gotham?

You may also be interested in: The Batman: Star says it’s completely unlike any other character movie