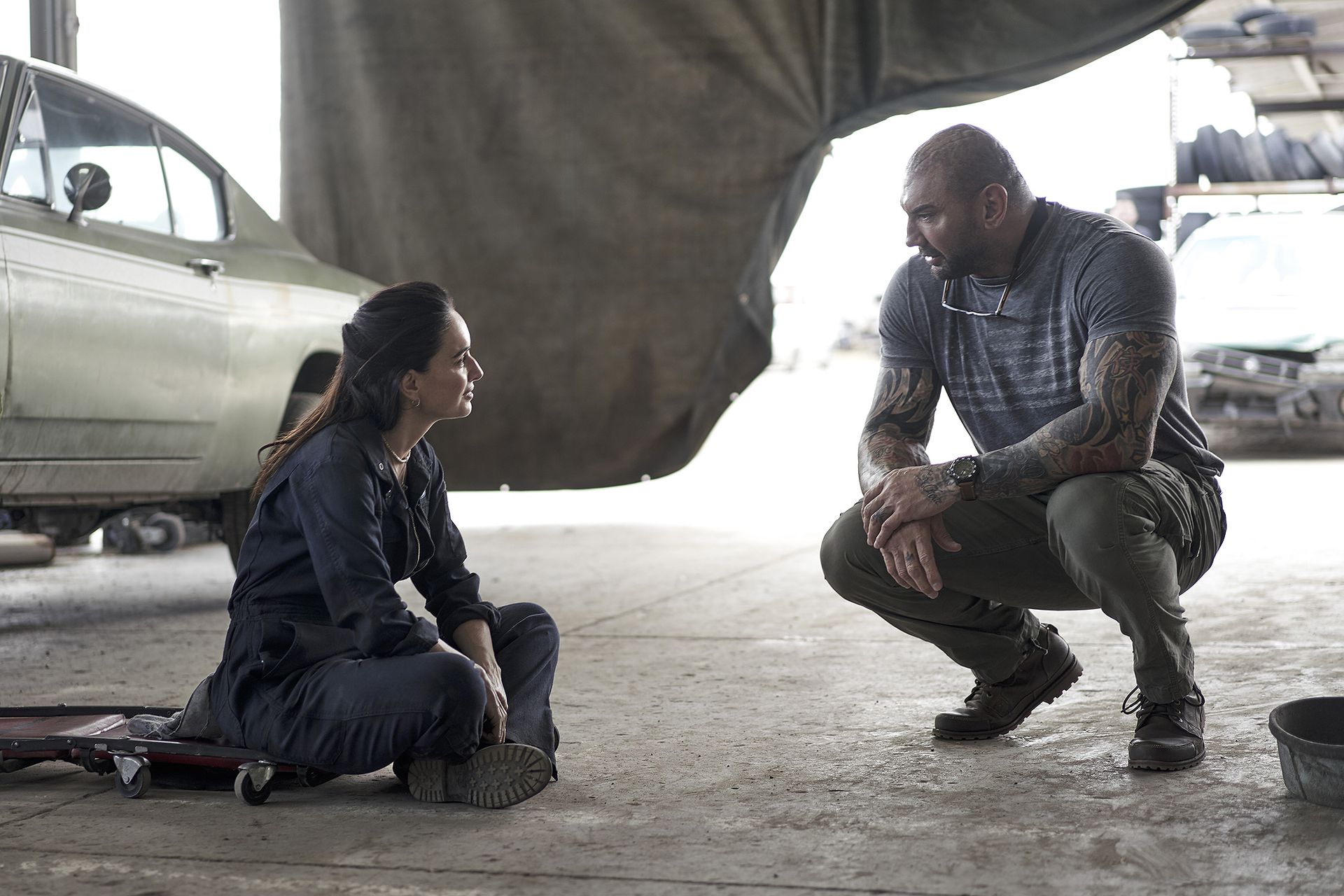 Arrives today on Netflix, The army of the dead, the new movie by Zack Snyder. In this film, Dave Bautista plays Scott Ward, a retired soldier who is offered to carry out a millionaire robbery in Las Vegas. The thing is, Sin City is now riddled with zombies. Without much hesitation, the protagonist prepares to deliver the ambitious coup and gathers a team that will include María Cruz (Ana de la Reguera), a combat expert, and also her own daughter, Kate Ward (Ella Purnell). Following this premiere, LA NACION spoke with its three protagonists, who told how the demanding filming was.

-How was the experience of working with Snyder?

Ella Purnell: -When I met Zack, I liked his energy, his passion and that he was fun but relaxed. I was very interested in working on this project and I remember that in a first meeting, he told me that Dave would be the protagonist. Then I was able to read the final version of the script, I had my audition and I was chosen. I was very attracted to the possibility of working with Zack, he is very talented, very organic, and has a very special way of connecting with everyone who works alongside him. He is a manager who keeps his team very close.

Ana de la Reguera: -I remember that when we recorded, we would come to the set and rehearse the scene. Zack was super calm, he’s not someone who takes himself very seriously, that’s good. I felt that he was part of us, I didn’t see him as a director and I completely forgot that he was Zack Snyder. He was the simplest of all, his camera was one more character. It was a pleasure working like that.

-In the realization of The army of the dead, Snyder commented that there were few digital effects compared to other similar Hollywood films, and for that reason the body had to be put in a lot, what was it like working on an old school action film?

Dave Bautista: -It was excellent, I prefer that system. It is strange to refer to that as old school, since that implies that it is something in disuse, but when you see everything on the screen, the connection is different. I really like doing my stunts, it allows the audience to get involved in a different way with my character. People can see the pain on my face and that’s hard to do when you’re surrounded by computer-created things. Working this way is no more difficult because that’s just the way things should be. When you have a bunch of zombies chasing you and you don’t have to imagine them on a green screen, it’s easier to immerse yourself in that world. There are real things here and I have to react to that, so I think that as an actor, this method is better.

Purnell: -I think the main challenge was from the physical point of view, the shooting days were very long, there were days in which we ended up very tired. Above where we recorded, the heat was oppressive, but Dave and Zack did a very good job gathering their troops and encouraging us to work, it lifted our morale. They are fantastic leaders, very kind and sensitive, and we all went to work with great enthusiasm.

From the Reguera: -It was incredible and Zack also put his body in a lot. He operated the camera and even did the photography. Many times, the director is sitting watching his monitor, but Zack was right next to us, that was incredible to see.

-Dave Bautista, if you could draw a family tree with action characters from the past, who would be Scott Ward’s grandparents?

Baptist: -I think Arnold Schwarzenegger, but not in Terminator because from that movie it seems to me that Sarah Connor would actually be Scott’s grandmother. Yes, Schwarzenegger would tell you, but in Command. I would also think of Sigourney Weaver’s character from Alien.

-What did you enjoy the most about filming The army of the dead?

Purnell: -The scene that I enjoyed the most is one in which I hide from an army of zombies, where there are like three hundred doubles made up behind me, that was amazing. Seeing that many people looking for me was terrifying, but I enjoyed it. In general, I was excited about the possibility of doing something different, I had never done an action movie, much less a zombie movie and it was exciting.

Baptist: -There are many things that I enjoyed, but if I had to choose something, I think it would not include me [risas]. I saw many interactions that I loved, but the best thing was seeing Omari Hardwick and Matthias Schweighöfer together, who play Vanderohe and Dieter. I loved them and their characters are so opposite, that when they get together something magical happens. The truth is that I would very much like to see a movie with just the two of them.

From the Reguera: – What I liked the most was killing zombies! The extras were so good that I pretended to shoot them and from the way they fell, I felt like I had done something spectacular. Actually, they did our job. Everything was like an amusement park, it had never been part of such a large production.

-Bautista, your character always wears his glasses and at very specific moments he needs to use them. I understood that despite being an imposing man, that detail was like a symbol of his fragility, was this thought like that?

Baptist: -Absolutely. I spend a lot of time on those details because many times my physique can be a distraction in the construction of the character and although I want my physical presence to be present, I don’t want it to be distracting. So I try to suggest fragility in subtle ways, I think that humanizes and allows people to empathize. I’m not interested in playing an invincible guy, so it’s hard to make a connection. The public is more attracted to vulnerable people, who try to outdo themselves. And I understood that in professional wrestling, there it was not easy for the public to applaud me because they saw me as giant, muscular, and then it was difficult for them to connect with me.

-Scott Ward has very emotional moments and is much more than a traditional action hero, did you prepare him in a different way than other of your characters?

Baptist: -This may not be a very interesting answer, but I don’t prepare my characters too much (laughs). I like living in the moment, of course I am a professional and I learn my dialogues, but I like to be flexible, build chemistry with my colleagues and be open to what they may suggest. In one of my first films, a very experienced actor told me that if I prepared everything too much I would end up sticking to only one way of interpreting a scene or a character and I do not like that. From the physical point of view it is different, I like to be in shape, I always exercise and maybe if it’s a Marvel-type movie I work especially on the muscles, but beyond that, I don’t like to prepare so much for my roles.

-You two have two very impressive scenes with Bautista, how did you work them?

From the Reguera: -The first scene we did is when he comes to recruit me, that day I met him and we clicked immediately. Dave and I spent a lot of time together, we became very good friends during filming, we had time to chat, and we talked about the relationship of these two characters. When I filmed that very important scene, which was coincidentally on my last day of filming, I remember being very excited. I had developed very real feelings with him because we had been working for four months, and there I said goodbye to Dave and the movie.

Purnell: – The truth is that for that scene I did not speak so much with Dave. I liked spending time alone and listening to music in tune with the feelings that were going through at that time. In part I suffered because I had to put myself emotionally in a very dark situation and thus achieve the intensity that the scene required. So when they yelled “action!”, I was focused and the truth is that we were able to connect very well. When that day ended, I remember that we both congratulated each other on the work done.