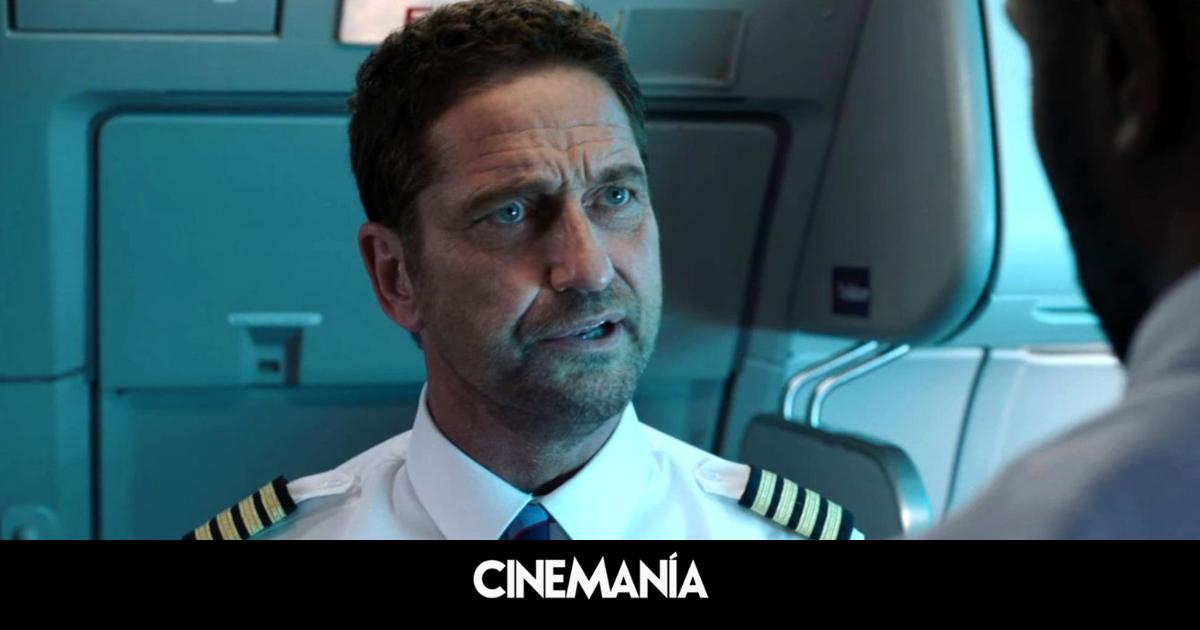 As a regular in action movies, Gerard Butler It has accustomed us to some of the most adrenaline-filled sequences, the filming of which has been a real danger to its integrity. A fact supported by his refusal to have specialists replace him in these scenes and giving him an anecdote of compromising situations, among which now He confesses to having suffered burns on his face with phosphoric acid on the set of his latest film.

In the middle of promo The pilotthe actor of 300 Y Objetive the white house explained his new war wounds. “No matter what I’m doing, I always manage to get hurt. It was in a scene where I was trying to find out what was wrong with the plane, before we could take off in the final sequence, and I was acting as a brake between the wheels . At that moment, I’m sticking my hand between the two wheels and pretending to know what I’m doing, and whatever’s in there is very sharp. Every time I raised my hands they were covered in blood and green fluid. I didn’t know what that liquid wasButler confessed in Late Night with Seth Meyers.

“The shoot was in Puerto Rico, so I was covered in sweat and with the adrenaline my nose was running and everything. I guess especially with covid you realize how it spreads, because I was rubbing my face and suddenly it was in my throat, in my mouth, in my nose, in my eyes. It was burning my face. And I mean burn, because it turns out it was phosphoric acid.“The actor now confessed with a laugh, who at that time suffered the consequences.

Given this fact, The British tried to spray himself with water to avoid further damage, but the pilots who worked in the area indicated that this would be worse, since it actually activates the chemical compound. Thus, the phosphoric acid ultimately did not harm him, but caused him to feel discomfort for hours. “It burned me for hours, but it was great for the sequence. Anything for the job”adds Butler.

It is not the first time that Butler has given a scare of this caliber, since in 2017 he was hospitalized after a car accident. His motorcycle was hit by a car and the actor suffered various fractures in both feet, as well as damage to his knees. A fact that caught him while promoting the film geostormwhich led to him going bruised to numerous interviews.

Waiting for that The pilot, directed by Jean-François Richet (Assault on District 13), land on the Spanish billboard the next Feb. 10, Butler continues to give us some of his most exciting stories. A film that also has the presence of Mike Colter (luke cage), Daniella Pineda (Jurassic World: Dominion) and Tony Goldwyn (Ghost (Beyond love) in the cast.

The film tells the story of pilot Brodie Torrance (Gerard Butler), who on New Year’s Eve performs a risky landing with a plane full of passengers, after the ship is struck by lightning. An unexpected descent to a dangerous island, which will make everyone take out their best available weapons to survive. Below is the trailer for the film:

Do you want to be up-to-date with all the new movies and series? Sign up for our newsletter.

The accident with acid that Gerard Butler suffered in ‘The pilot’: “I was burning my face”