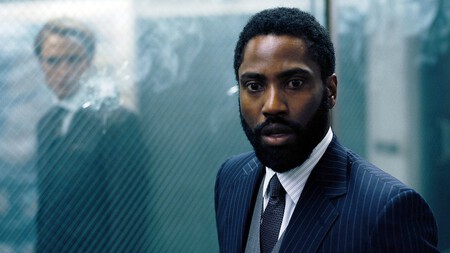 What does tenet mean?

It is a term used in sator squarearchaeological find also known as “magic square”which contains five Latin words: SATOR, AREPO, TENET, OPERA and ROTAS. Five o’clock are palindromes and there are several references to them in the film: Branagh’s character’s last name is Sator, Kat’s ex-boyfriend’s last name is Arepo, and the opera plays a big part in the plot. Originally, the film was going to be titled ‘Merry go round’ (“merry-go-round”).

They crashed a real plane


Even in blockbusters like ‘Tenet’, you have to stick to a budget and, if you really do crash a plane cheaper than recreating it with digital effectsWell, it’s done, period. So the Nolan team crashed an authentic abandoned Boeing 747planning the scene to the millimeter because they only had a single attempt.


Another scene that not digitally recreated It’s the car chase. 8 kilometers of highway was cut in Estonia to be able to shoot such a complex sequence, in which they hired more than 20 specialist drivers who, effectively, drove in reverse to simulate the particular “inverted” effect.


This effect was also achieved non-digitally in the acting. The actions of the characters were recorded twice with the same background, without using chroma key. In the same way it was done in the dialogues: Kenneth Branagh had to learn to speak backwards And on top of that with a Russian accent.

Michael Caine didn’t know what the thing was about


Nolan’s fetish actor (with this there are already 8 collaborations between the two) has a very brief role for which, due to the secrecy with which the script was handled, he was only able to read his lines shortly before shooting the scene. The actor acknowledges that he did not know what the film was about until he saw it at the premiere.


With a budget of approx. $200 million (second only to ‘The Dark Knight: The Legend Rises’ in the director’s filmography), ‘Tenet’ was presented as the “savior of movie theaters”, being the first major release after the outbreak of the pandemic. While it did revitalize the box office and grossed over its budget, it was a modest success for a blockbuster and that was narrowly saved largely by the international box office.


One of the absences in terms of regular collaborators of Nolan in this title is that of hans zimmer. For the “deafening” ‘Tenet’ soundtrack, she didn’t count on Zimmer (who was on another big sci-fi project: ‘dune’), but with Ludwig Goransson. The composer also used Christopher Nolan’s breath to make harsh sounds which he later used in the film’s score.

‘Tenet’: crashing a real plane and 6 other curiosities about Christopher Nolan’s latest blockbuster