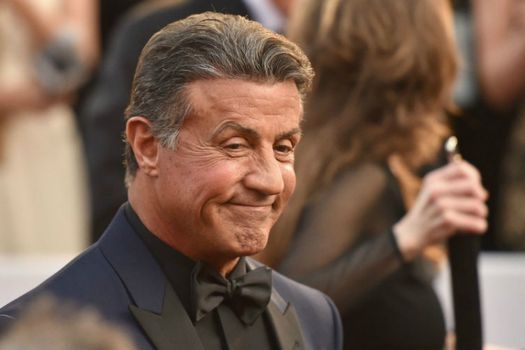 The New York actor insisted on how the old action movies gave much more importance to the performance of the actors.

“Great action movies are like buying a ‘vintage’ watch. originally cost $35 and now $35,000. Why? Because it is handmade. It was not ostentatious. It wasn’t supernatural. It was something that only a human being could achieve,” he says. Stallone a The Hollywood Reporter When asked about the importance of CGI and superheroes in current action movies, about which he implies that they are too complex for him.

The New York actor insisted on how the old action movies placed much more importance on the performance of the actors. “That’s why I think the first installment of Rambo was one of the first action movies. I relied on body acting to tell the story. The character never speaks, but you know exactly what’s going on through the rest. They’re almost like narrators in his Greek tragedy,” explains Stallone.

“The guy never stops moving and that’s what I call ‘action movie’”, continued the interpreter about his mythical character of Rambo. “There’s not a single CGI shot, and the audience thinks: This is very special,” says Stallone. Despite criticism of him, the actor debuted in the world of superheroes last August 26 August with Samaritan, tape that saw the light in Amazon Prime Video and in which he also works as a producer.

In her, Stallone plays Mr. Smith, a retired vigilante who was pronounced dead 20 years ago after a brutal battle in a warehouse and who now dedicates himself to collecting garbage in search of a more peaceful life. However, his neighbor, the young Sam Cleary (Javon “Wanna” Walton), suspicious of his past, decides to bring Samaritan out of hiding in the face of rising crime to save the city from ruin and utter chaos.

Sylvester Stallone hates superhero movies… and these are his reasons