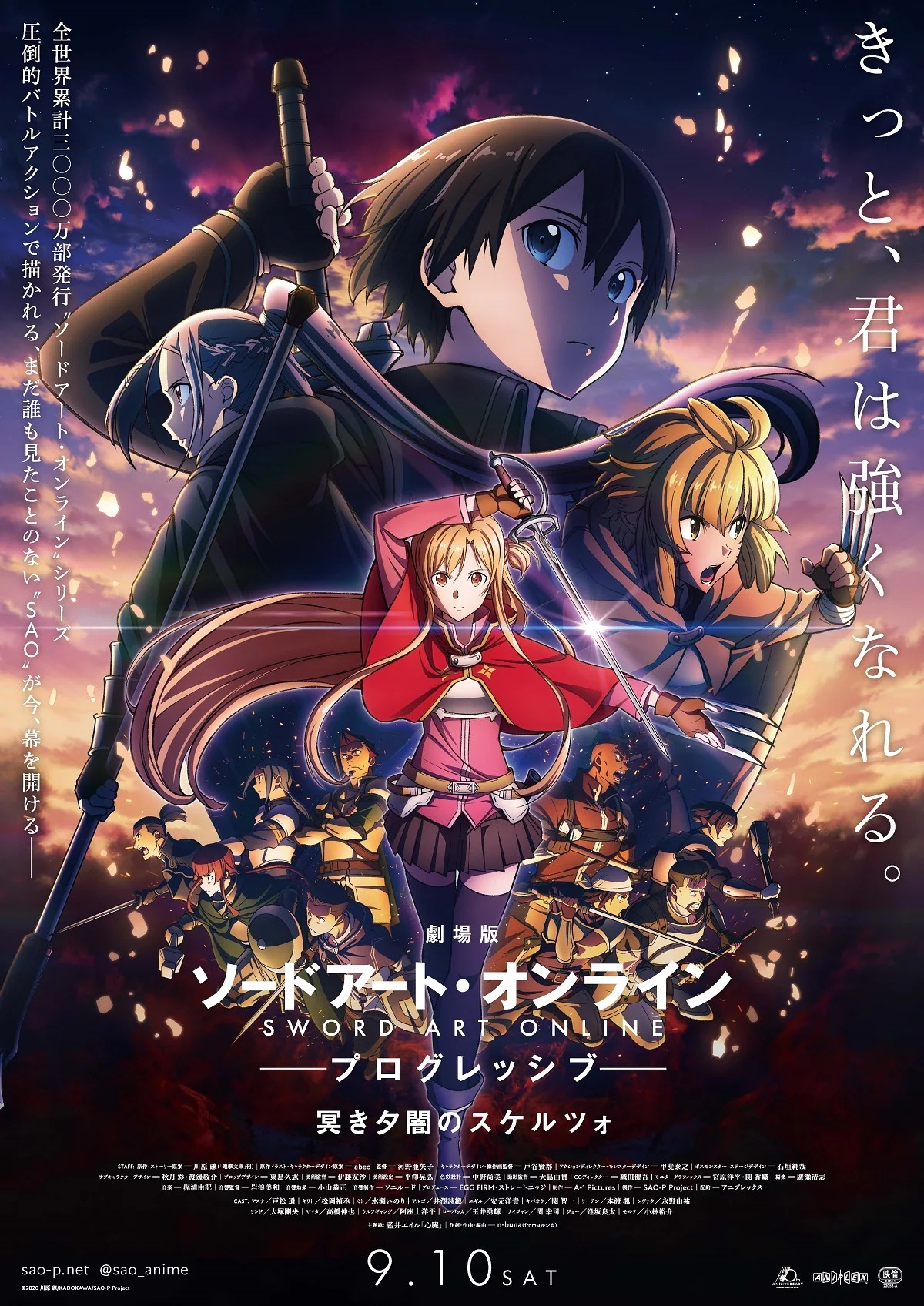 The press release confirmed that the release date remains scheduled for next September 10 in theaters in Japan, and that the singer Eir-Aoi will be in charge of interpreting the main musical theme, with the single titled “Shinzou (Heart)“. The singer wrote: “I am very happy to be in charge of the theme song for the film version of Sword Art Online, which is very important to me. I would like you to listen to the lyrics with the will to “fly wherever you want”. I hope that the song “Shinzou”, sung with different emotions matching the lyrics, reaches everyone’s heart».

A specialized site describes the title as follows: «The fifth floor of Aincrad is a dimly lit area of ​​ruins and relics. In the beta test, this floor was the scene of many PKs (Player Kills), so Asuna asks Kirito for a PVP dueling lesson. Asuna considers Kirito to be a very wise and trustworthy person, but she depends on him a lot. For this reason, she will seek to become independent little by little from him on this floor.».