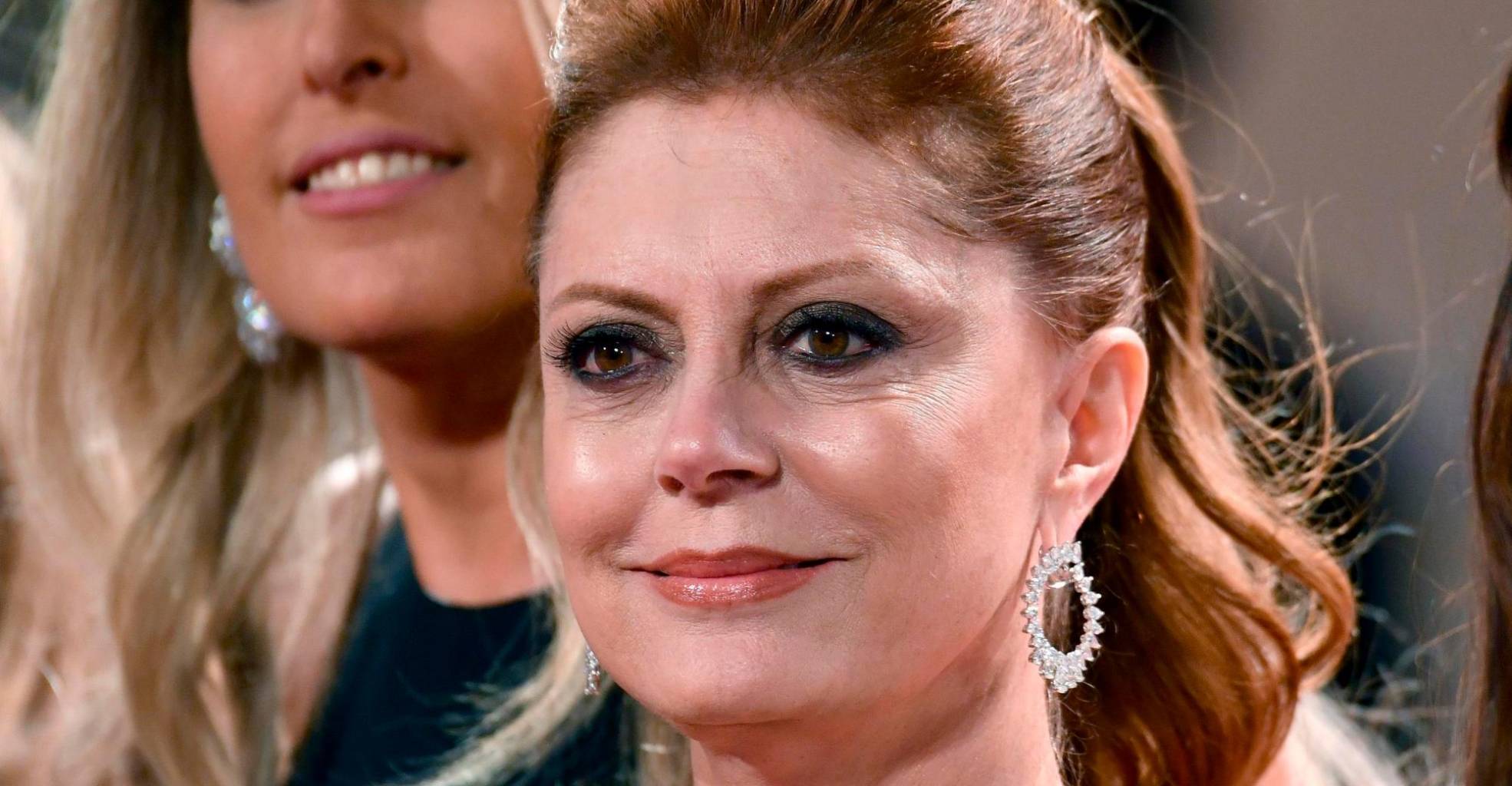 Susan Sarandon is celebrating her birthday. At 75, he has had a five-decade career behind him. The actress found her first hit in the cult film “The Rocky Horror Picture Show” in 1975 and, after four nominations, won an Oscar in 1996 for “Dead Man Walking.”

Along with Geena Davis, she is the protagonist of one of the most recognizable scenes in cinema, the car, the gorge, the frozen jump on the screen and the fade to white of “Thelma & Louise.”

Working 10 years before admitting she was an actress

Sarandon came to the world on October 4, 1946 in New York City as the first of nine children born to the marriage of Leonora Marie Criscione and advertising executive Philip Leslie Tomalin.

He was raised in New Jersey and, according to Hello magazine, attended a Catholic school. After completing high school at Edison High School, he enrolled at the Catholic University of America in Washington DC, where he earned his diploma in drama.

However, being an actress was not a goal or a childhood or youth dream. “I think I was working for ten years before admitting that I was an actress,” Sarandon told The Guardian in 1999.

“I did what every kid in New Jersey does: I left New Jersey (laughs) and spent four years in college where I majored in theater, but from a literary point of view,” he added.

How he got started in professional acting was a mixture of chance and the gift of opportunity.

“What happened was that, to leave my grandparents’ house, I married Chris Sarandon, who was a graduate student and knew everything at the time, I thought, because he was older. He introduced me to poetry and black and white cinema, ”he told Interview Magazine in 2016.

He did aspire to be an actor and at one point he needed someone to answer him at an audition.

“And I went with him and they saw me and asked me to come back and then they sent me to a movie, which was ‘Joe’ (1970), for which they had been looking for a cast for a while, and they asked me to do an improvisation”, recounted to The Guardian. The role was his.

Five years later, “The Rocky Horror Picture Show” gave it that little boost to stardom that it lacked. She knew actor Tim Curry, Dr. Frank-N-Furter in the film, because she had a friend who was at the play in Los Angeles. One day he stopped by to say hi and they were doing auditions.

They asked her to read a few lines because no one had managed to give Janet the really funny point. “But they were all much better singers,” the actress told The Hollywood Reporter this summer.

“So I said, ‘No, I don’t really know how to sing. In fact, I have a bit of a phobia of singing. ‘ And they said, ‘Well, can you sing happy birthday?’ He finally agreed and got over his discomfort. “But it was just a coincidence that they chose me,” he assured the outlet.

“I completely underestimated the fact that we were receding into territory controlled by white straight men,” the actress noted on the recent 30th anniversary of the film, according to Today.

“They took offense and accused us of glorifying murder and suicide and all kinds of things. It didn’t seem like a big deal, it seemed like it was unusual for there to be a woman you could be friends with in a movie. Normally, if there were two women in a movie, they automatically hated each other for some reason … The next thing we knew is that all hell broke loose, “he said in the same medium.

She was nominated for an Oscar for her portrayal of Louise, as was Davis for Thelma, although neither of them won the statuette. Five years, several movies, and three nominations later, he was finally able to sustain the little golden man. It was in 1996 for her portrayal of Catholic sister and anti-death penalty activist Helen Prejean, on “Dead Man Walking.”

Sarandon continued to enlarge his extensive filmography in the following years with titles such as “Twilight” and “Stepmom”, both from 1998, “Igby Goes Down”, from 2002; “Elizabethtown”, 2005; “In the Valley of Elah”, 2007 and “Wall Street: Money Never Sleeps”, 2010, among others. His last work to date is “Ride the Eagle”, from this year.

Apart from her work on the screen, big and small, the actress has been involved in different social causes, such as the fight against AIDS, hunger and the death penalty, among others.

And he has not hesitated to position himself politically when he has considered it. She supported Democratic Senator Bernie Sanders and, in 2018, for example, she was arrested along with hundreds of women in a protest against the immigration policies of former US President Donald Trump.

Sarandon is the mother of three children. The oldest is the result of a relationship with Franco Amurri, after his marriage and divorce from Chris Sarandon. The two children were born from her 23-year relationship with fellow actor and director Tim Robbins, with whom she was until 2009.