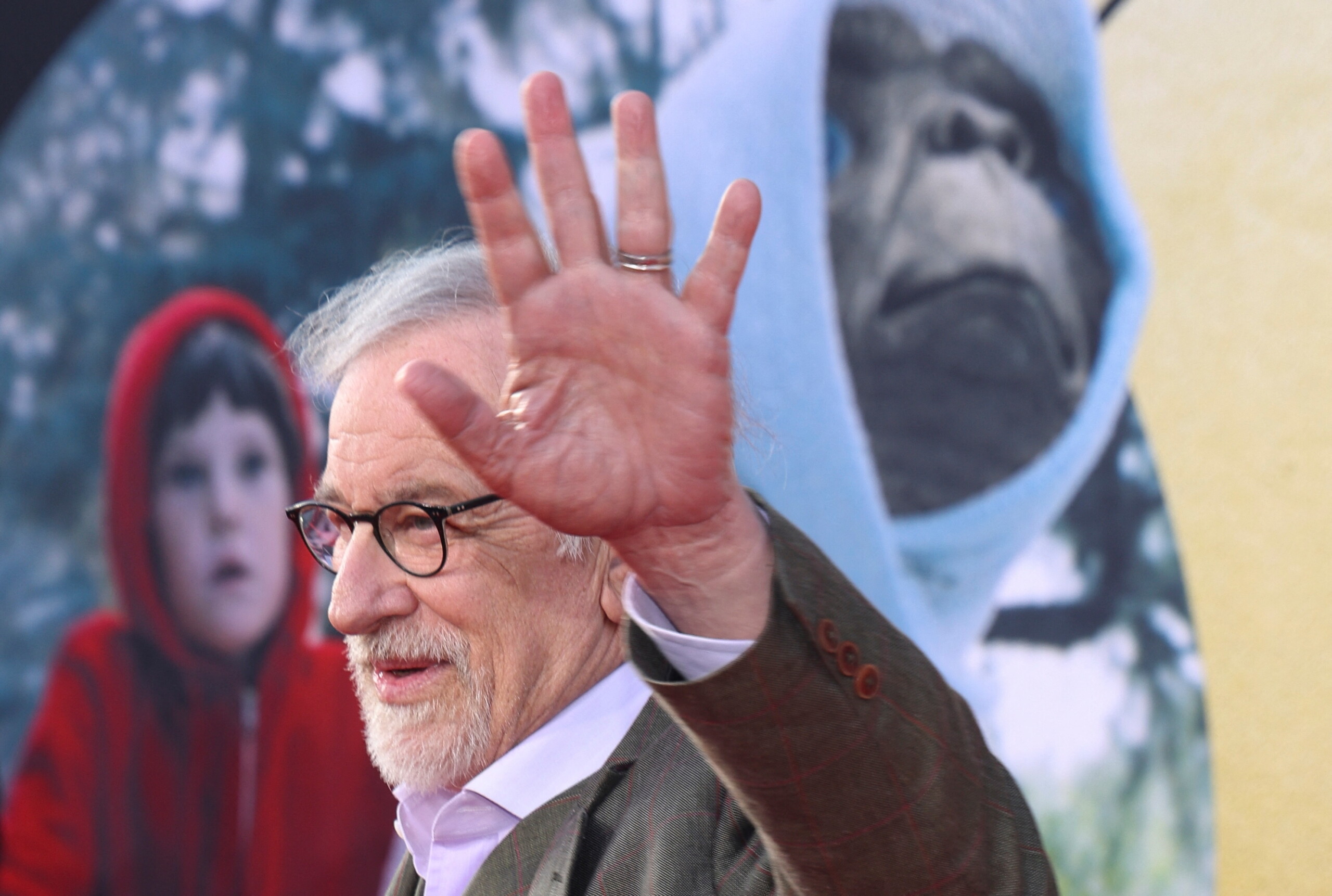 Tweet
Share
Share
Pin
“ET”, the Steven Spielberg classic that was the highest grossing film in the history of world cinema at the time of its release turns 40. Report by Santiago Garcia.

When steven spielberg had tremendous success with Close Encounters of the 3rd Kind and a stumble with 1941played it safe filming a production of his friend george lucas call Raiders of the Lost Ark. But in his head a science fiction project was spinning that would end up becoming ET the alien (ET the Extra-Terrestrial, 1982). In the beginning there was not much support for the project and although it seems incredible today, Spielberg had a hard time getting a studio to greenlight the film. It was a very personal and risky project and even so it would become the highest grossing film in the entire history of cinema.

The story has two protagonists. On the one hand, an alien that is left behind by his peers when they are discovered by Agents of the United States Government. On the other, a lonely boy named Elliott, who lives with his brothers and his mother and whose father has abandoned them. One day Elliott discovers ET in the garden shed of his house and after fear and surprise, he becomes his best friend. There begins a series of adventures in which the children hide the existence of the alien from the adults while they try to find a way to see how it can communicate with their planet.

Steven Spielberg at the 40th Anniversary of “ET The Extra-Terrestrial” in Los Angeles, California. (REUTERS/Mario Anzuoni)

The film represents like no other the world of the director and his love for film genres. his admiration for John Ford manifests itself with a scene where ET watches the quiet man (The Quiet Man, 1952) starring John Wayne and Maureen O’Hara, and Elliott kisses a girl imitating the famous kiss from that film. There are also quotes to the saga of Star Wars, in a silent duel between two blockbuster friends. It was Star Wars (1977) the one that broke the records of Shark (1975) and finally Spielberg won again when ET He took the top spot at the box office of all time from the George Lucas saga. 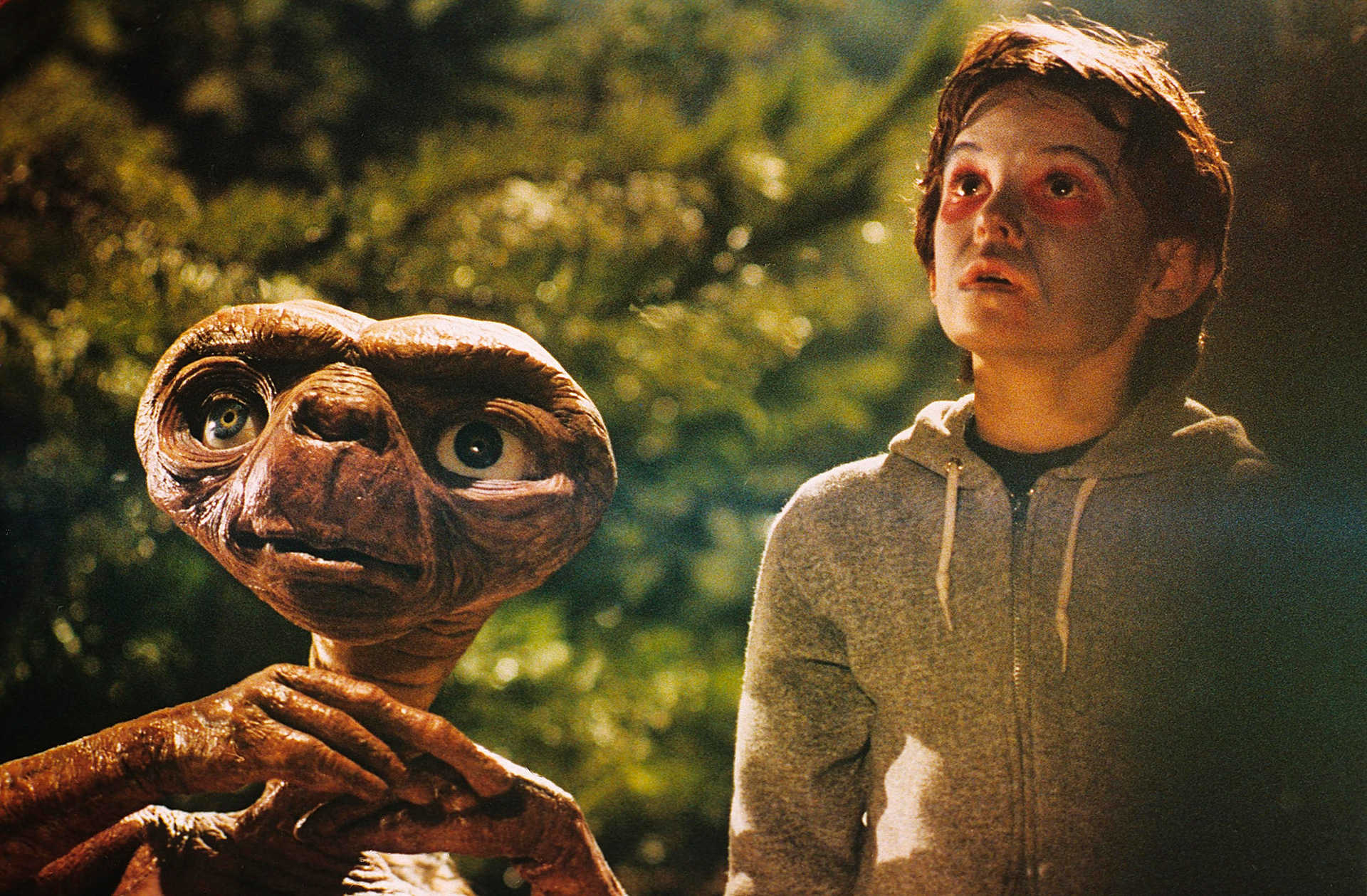 The story has two protagonists: an alien and a lonely boy named Elliott. (Universal/Kobal/Shutterstock)

But what is most personal is the depiction of lonely childhood, one of the director’s favorite themes. “ET was a friend who could be the brother I never had and a father I didn’t feel I had anymore,” Steven Spielberg once declared. Elliott is alone and for the first time finds someone to be with. The director said that he was inspired by his own childhood imagery, something that helped him cope with the separation from his parents. Melissa Mathison He wrote the script with all the ideas of the director, in a story that is pure fantasy but at the same time represents like few others the sensitivity of childhood. Not a minor detail: the film is filmed with the camera at the height of Elliott and ET, for this reason the adults appear mostly cut or seen from that point. A very unusual aesthetic decision with great results. 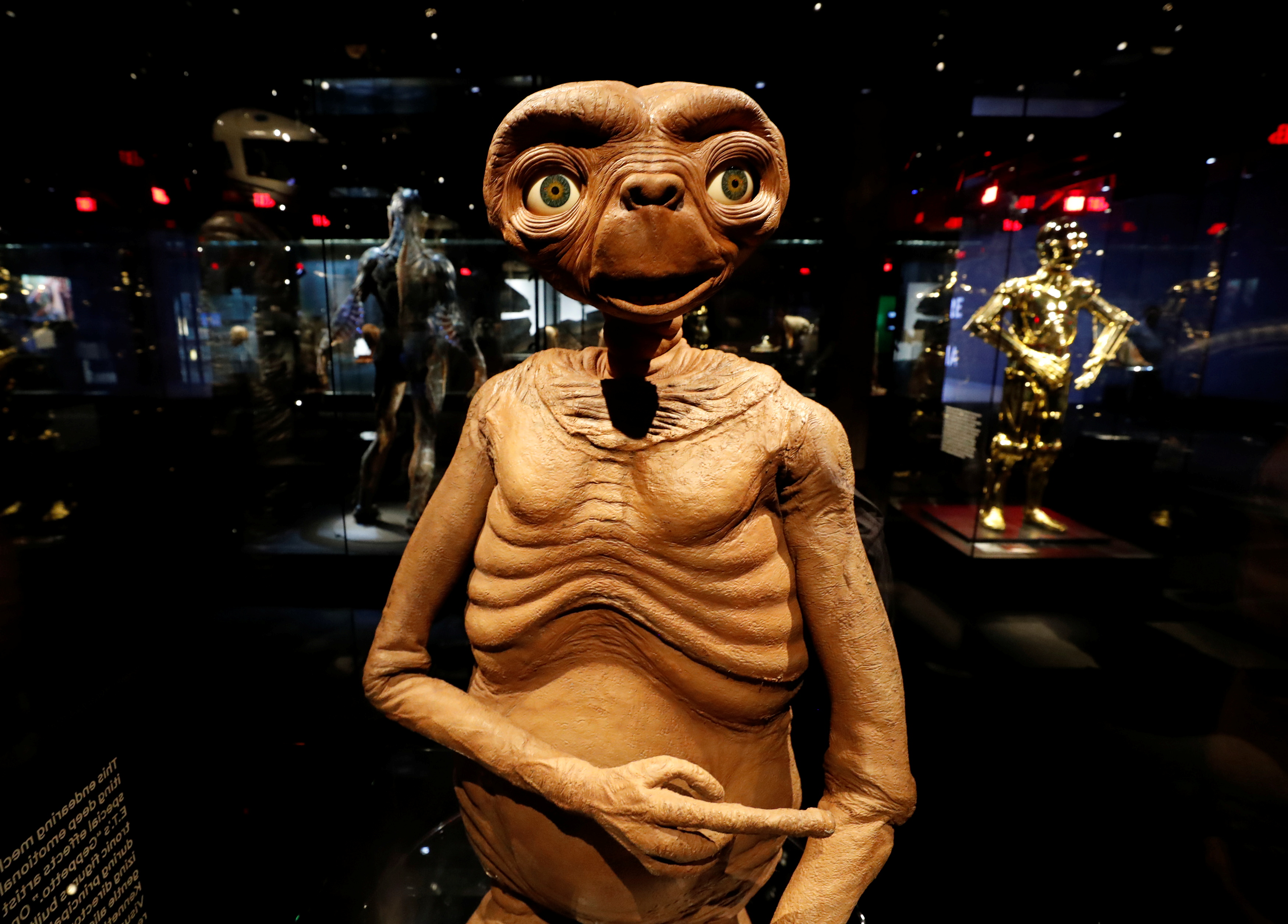 The director said that he was inspired by his own childhood imagery to create this film. (REUTERS/Mario Anzuoni)

There was a scene where Harrison Ford plays the director of the school where Elliott studies. After the incident in biology class, the boy was reprimanded by the director, but Spielberg assessed that Ford, who had just starred in Raiders of the Lost Ark he was too famous at the time and this would distract the audience. For a director to make such a decision today would be unthinkable, but for a reason Spielberg has the name he has. He didn’t need any stars to make the highest grossing movie of all time.

The success of the film meant that a few years later it was re-released all over the world and in 2002 a new re-release was made with some alterations. A special edition, something that was fashionable and did not bring good results. Steven Spielberg regretted the changes and ultimately asked viewers to ignore that version and watch only the original. The thirtieth anniversary edition was once again the premiere. What does appear since 1984 is the logo of Amblin, Spielberg’s production company, before the film. The company is named after the director’s short with which he began his career and includes the emblematic scene of the bicycle with the background of the moon. 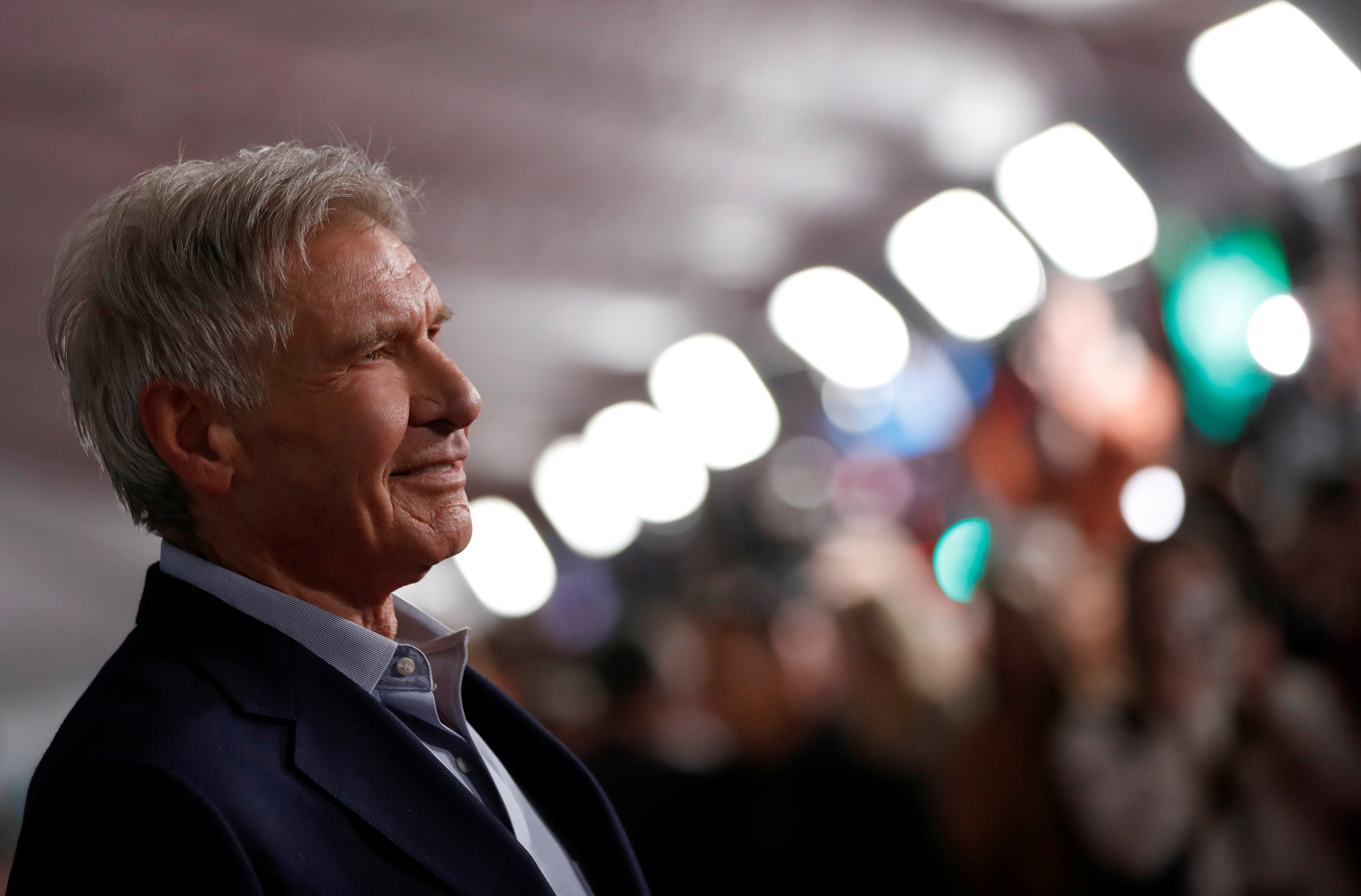 There was some thought of having Harrison Ford in the movie, but Steven said no. (REUTERS/Mario Anzuoni)

The film’s music, composed by John Williams, is also a classic. Listening to it, the images of the film come to mind. It was one of the four Oscars that the film won, although best direction, film and screenplay were left without a statuette. But the most complex thing about the production of the film was the creation of the ET itself. A complex mixture of faces, voices and movements that resulted in that unforgettable creature. A dozen voices, including the actress Debra Wingerwere part of his creation and also sixteen animals were partially taken to create the sound effects.

It only remained to give the alien a face. He wasn’t supposed to be threatening and he wasn’t stupid either. It had to be made credible and lovable at the same time. Carlo Rambaldi, the person in charge of the design, worked, it is believed, on the faces of the poet Carl Sandburga pug dog, Ernest Hemingway Y Albert Einstein. A complex system of animatronics was used, and at some point dwarfs, and even a child, gave the doll movement. The total cost was almost a fifth of the total cost of the film, but it was worth it. 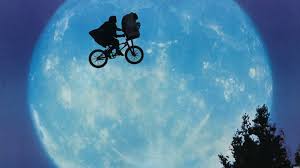 The emblematic scene of the protagonists, the bicycle and the background of the Moon. (Universal Pictures)

There was never a sequel, but it was talked about a couple of times. Today it would be almost impossible to avoid one, but in 1982 the film was considered both a popular success and an art film, thus protecting it from the desire to extend success in the wrong direction. The film itself extended its triumph, it didn’t need a sequel. Today it is still considered a classic and changed the lives of millions of viewers. It can be seen streaming on Paramount Plus and Prime Video. For those who want to see it again and for those who haven’t seen it yet. And the greatest pleasure of all: to show the children or the next generation this film and see how someone is fascinated for the first time by this wonderful story as exciting as it is amazing.

Any: all the details of the Argentine series in which Robert De Niro works
Russian doll multiplies its madness and redoubles the bet in its second season
Barry: a black comedy about a murderer turned amateur actor

Steven Spielberg’s “ET” turns 40: all about the most beloved classic of the eighties