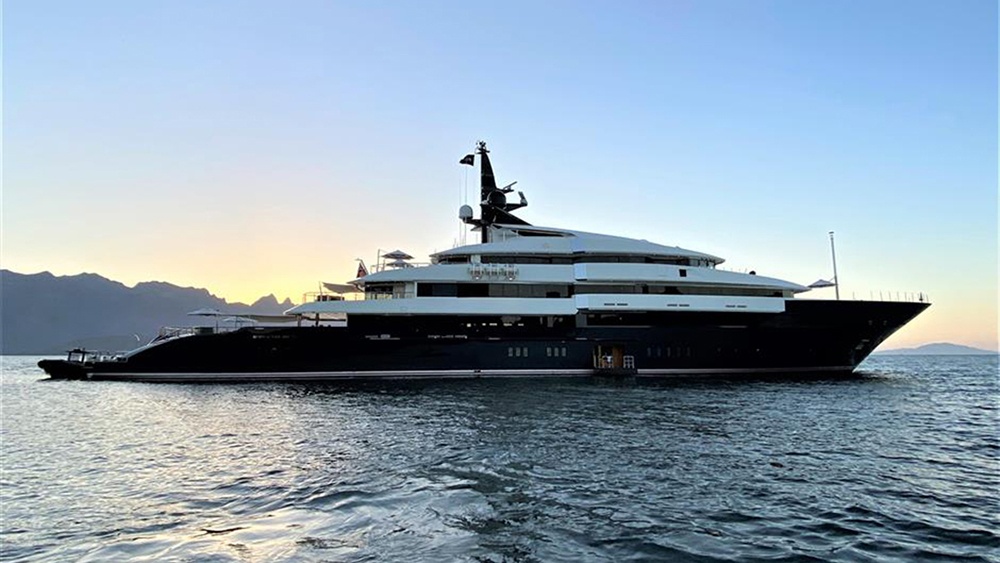 It is enough to see any of his mega-productions on the big screen to understand that Steven Spielberg he is not given that of walking with measure and discretion; so you can imagine what type of boat we are talking about when we talk about the sale of your megayacht.

Yes, after 11 years, the Oscar-winning director has decided to put up for sale his spectacular houseboat, which has an area of ​​282 feet and is priced at 160 million dollars.

This is Steven Spielberg’s megayacht

Steven Spielberg received his Seven Seas in 2010, built by the Dutch shipyard Oceanco and with interior design and decoration of Nuvolari & Lenard With Molly isaksen

It is a four-story megayacht with capacity for between 15 and 20 people distributed in seven (and potentially nine) cabins.

Onboard amenities include a pool, two spas, a total of 17 televisions (plus a screening room), a camera security system including a pirate protection unit, and smart home technology that controls AV systems, lighting and climate.

A curvy staircase winds its way between the various decks, but its sleek glass elevator is much more fun and less tiring.

The wood paneled main salon, on an upper deck along with the owner’s suite, is a ballroom-sized space that spans the entire width of the ship with multiple seating arrangements, a large TV and a wet bar.

Behind the living room, a circular dining room has curved floor-to-ceiling glass walls that open onto a teak deck perfect for al fresco cocktails before and after dinner.

Unsurprisingly, given that it was owned by Steven Spielberg, the megayacht incorporates a state-of-the-art projection room with tiered seating on plush sofas, a full bar and, to sing along, a baby grand piano.

WITH 18 VEHICLES INSIDE, THE ARK EXPLORER YACHT LOOKS LIKE AN AMUSEMENT PARK IN ALTAMAR

Finally, the upper deck includes the bridge and the captain’s rooms along with a fitness and spa room with massage room, sauna, and steam room. A curved glass wall opens at the touch of a button to provide access to a sun-drenched deck with a whirlpool tub.

Of course, all these benefits and amenities could be overshadowed for many by a single argument: it is the yacht that Steven Spielberg and with that it is not necessary to know more.

With information from Robb Report USA