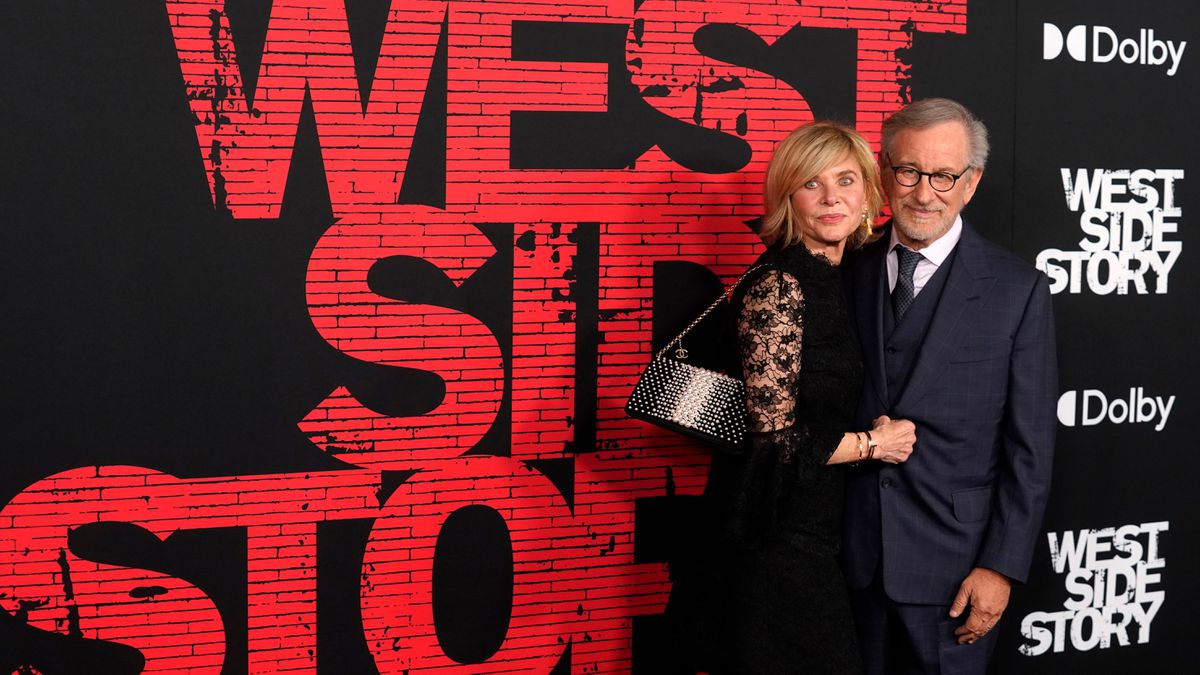 In the fifties and sixties, at the Spielberg family home in Cincinnati (Ohio) they kept a weekly appointment next to the black and white television: “My parents used to make us watch Concerts for young people, with Leonard Bernstein. They were mythical ”, the filmmaker recalls today Steven Spielberg. The musician titled one of the shows What does music mean? And to the amazement of the children who stormed into the Carnegie Hall from New York with the illusion of attending the broadcasts, he told them: “Music means nothing. It simply is…”.

Those responses between provocative and metaphysical must have remained in the consciousness of young Steven. He might even discuss them with his mother, Leah Adler, who was a pianist. His cinema has rhythms, tempos, effects and even musical purposes because it largely appeals to emotion. Surely he would not agree with that phrase. And in fact, to refute it, he has shot again one of Bernstein’s legendary works: West Side Story, which opens in Spain next Wednesday, December 22.

In it, music is key. It serves to drive the party, youthful passion, and tragedy. But also to take sides against what Spielberg believes his country is experiencing in these times: a democratic drift. “I am concerned, very concerned, even more than two years ago, about what is happening in the United States. I believe that democracy is in danger ”, assures the director in an interview with EL PAÍS by Zoom.

One of the causes of that danger is the polarized division that affects them and much of the world. A division that for him has historical roots and that since it was created West Side Story, in 1957 for Broadway with music by Bernstein and lyrics from the recently deceased Stephen Sondheim, has gone, according to him, “for the worse.”

Worse in politics, worse in racial tension, worse in polarization. “Well, yes, things have always been divided in our country. Since the civil war for secession we have not been able to fully reconcile. History tells us with what happened throughout the 20th century with the assassination of the Kennedys or Martin Luther King. We are a divided nation, of course, but this division has never been so fueled or verbalized as it is now, since 2016. “

With the date, Spielberg refers to Donald Trump. Although he does not name it. It was the year of his election as president. His rise to power, based on furious attacks and hatred of Latinos, mainly, led the filmmaker to adopt his own path of protest and decide to recover this title that Robert Wise also led to the cinema in 1960.

So based on music, salsa, dance, impossible loves and the sounds of I Want To Live in AmericaSpielberg adopts a clear political position, fed up as he is of this escalation of hatred organized not only in political forums, but also in the media. “Today’s chatter on the news, every day, is one of persistent division: political, racial. If in the civil war the blues of the federation fought against the grays of the confederation, now it is the republican reds against the democratic blues or, in the case of the film, the bands of the sharks Latinos and against jets. It’s all part of the same discussion, ”says Spielberg.

Even so, he wants to be optimistic: “I am, if we learn to listen to each other, to integrate ourselves and to dialogue with people with whom we do not agree on common grounds, we will be able to repair something. But it will take time ”. And too much has been lost against the clock and at the expense of the future, too. “The themes dealt with in the play in 1957 were relevant, but today they are ten times more so. We must mark those connections and parallels with respect to the divisions to understand them as a cycle in the politics and global history of the United States. “

The version that Spielberg shows is more stark, more violent, but also much more inclusive. To update the story he called Tony Kushner, playwright and screenwriter, with whom he already collaborated on his film Munich. “We should look for that. Hundreds of versions have been made around the world. In institutes, in theaters. I didn’t want to get involved in the project unless every single one of the band members of the sharks they were Latino, it was very important to me. We take it very seriously: to be inclusive and authentic with the spirit of history ”.

To begin with, with the music, which makes up the soul of the film. One of the drawbacks that the first score shows, strange as it may seem, is that it lacks salsa. “The first time Bernstein heard real salsa in his life was a year and a half after finishing West Side Story. His children told me. They told me that he himself admitted having made the mistake of not having introduced more Latin American music into the work. There was no sauce! ”, The director comments in amazement.

He had to remedy that deficiency. The key was choosing who would be in charge of the soundtrack. Who should breathe a new interpretation to the score in which the Latin DNA resounded. The great John Williams, inseparable name of Spielberg’s cinema, his great adviser and musical collaborator, gave him the solution: to have the Venezuelan director Gustavo Dudamel. “As the Bernstein heirs asked me, that’s how I passed it on to Gustavo: ‘Can you put more sauce in this movie?’ So he and David Newman, who handled the arrangements, brought a few Puerto Ricans into the gym dance scene to increase the potency of salsa throughout. “

Spielberg knew Dudamel through Williams. “John invited me to the filming of Tintin and I greeted him there ”, says the musician from Paris, where he began his stage as director of the city’s opera. The filmmaker also followed in his footsteps as head of the Los Angeles Philharmonic. In Hollywood, Dudamel is something of a rising star.

They wanted to work together. “His call has been one of the most important of my life,” says the musician, “not only because I have learned a lot, but because I have gained a friend, a mentor, a kind of father.” They established an immediate complicity. Spielberg did not miss any detail of the work Dudamel did: “I followed him with my video camera as he conducted the New York Philharmonic – Bernstein’s orchestra, by the way – at the Manhattan Center for a whole week. He gave himself body and soul to recording the music. I noticed his body language, he brought new values ​​to the members of the orchestra, not only when conducting, but in how he conceived each song. Point by point he explained his opinion, his interpretation. It gave them context and thus motivated them in an amazing way ”, says the filmmaker.

It is the first time that Spielberg enters the Latin universe. “I have found great patience, a great desire to understand, to listen. The cast always asked interesting questions and expressed themselves with such affection … I was fascinated with the sharks, with that conception of love that comes from a deep traditional culture and that they express through music ”.

The film had to convey that spirit. An even deeper fusion of the two worlds that come together in the author of Shark, the saga of Indiana Jones The E. T. With a sense of the show but also with a strong message from those who are not afraid to endow their cinema with forceful political content. He does so without giving up his own style and an open vision of the world, without fear of controversy, as he demonstrated in Munich, Schindler’s List, Saving Private Ryan, Lincoln, The Terminal, Bridge of Spies The The Pentagon Papers … Spielberg’s indefatigable curiosity rejuvenates his work again as he enters for the first time into a world, the Latin, and a style, the musical. But with a purpose … Create awareness. Alert.

Worried about the future

“I am optimistic, yes. But I’m worried. I have seven children and six grandchildren, I am concerned about their future and about my country, I am concerned about the direction that democracy will take. Although I don’t feel alone in this, ”says Spielberg. He knows that this time he has had to bow to an established ending in what the early creators envisioned as a version of Romeo and Juliet. That is impossible to change… at the moment. “The outcome is sad, okay. But in the middle springs so much enjoyment of life, so much joy. That sensuality, that way of dancing, that party before the story goes dark. “

Her children have already seen her several times, says the director. “They, in their heads, always wanted to change the ending, they hated it, although you can see it over and over again. In their imagination they would like it to be different; however, they know that this cannot be the case. Anyway, they always have doubts. Well, I tell them that it could change in the future but what we have to do is start talking before we fight. And then the transformation will take place: ‘It is your responsibility to provoke it’, I warn you. I am passing it on as a warning and an example. They have the future in their hands. And the opportunity to make a difference with the past in the world around us ”.

Steven Spielberg: “In the United States we have not been able to fully reconcile since the civil war”