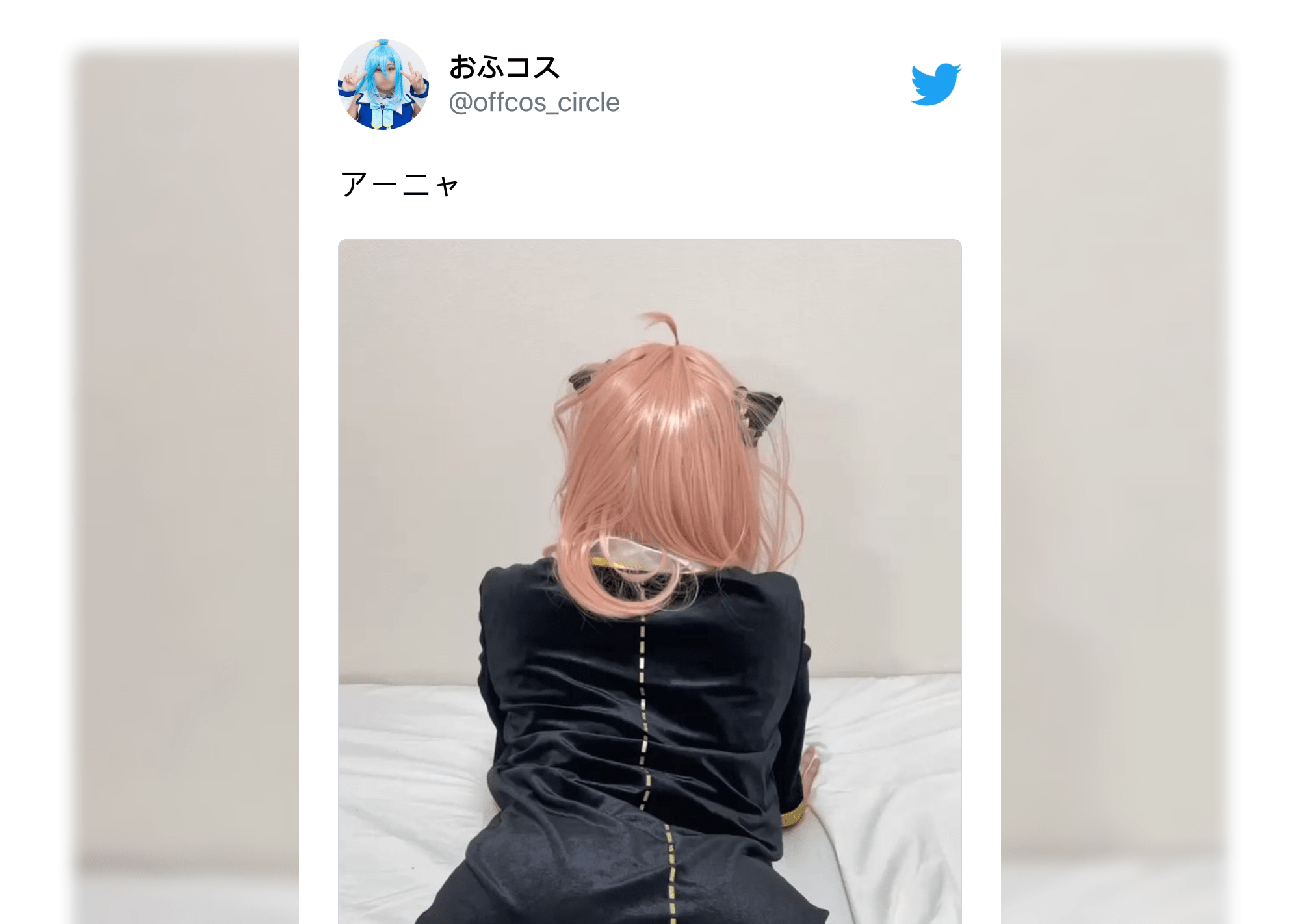 The creative circleOffCos (おふコス)” announced that it is preparing an amateur adult film starring an actress who cosplays as Anya Forgerone of the main characters of SPY x FAMILY. The production was announced through a 46-second video showing the actress wearing the outfit in question and shaking her hips (available at this link).

It is worth noting that the fact that it is a creative circle and not a production company, so a spectacular production quality is not expected (in fact, the references only remain in cosplay, since the setting is the same in all productions). In addition, in May they released an amateur film starring a girl in a cosplay of Yor Forger from the same franchise, at a price of only 2,200 yen (about 16 dollars) and with a duration of 72 minutes (whose preview you can consult in this link). It is possible that Anya’s film has the same characteristics.

For the agent known as “Twilight”, no order is too high if it is for the sake of peace. Operating as Westalis’ master spy, Twilight works tirelessly to stop extremists from unleashing a war with neighboring Ostania. For his latest mission, he must investigate Ostanian politician Donovan Desmond by infiltrating his son’s school: the prestigious Eden Academy. Thus, the agent faces the most difficult task of his career: getting married, having a child and playing family.

Twilight, or “Loid Forger”, quickly adopts humble orphan Anya to play the role of a six-year-old daughter and prospective Eden Academy student. As a wife, she meets Yor Briar, an absent-minded office worker who needs a fake partner to impress her friends. However, Loid is not the only one with a hidden nature. Yor is actually the deadly assassin “Thorn Princess” and for her, marrying Loid creates the perfect cover. Meanwhile, Anya is not the ordinary girl she appears to be; she is an esper, the product of secret experiments that allow her to read minds. Although she discovers her true identities, Anya is thrilled that her new parents are cool secret agents! She would never tell them, of course. That would spoil the fun.