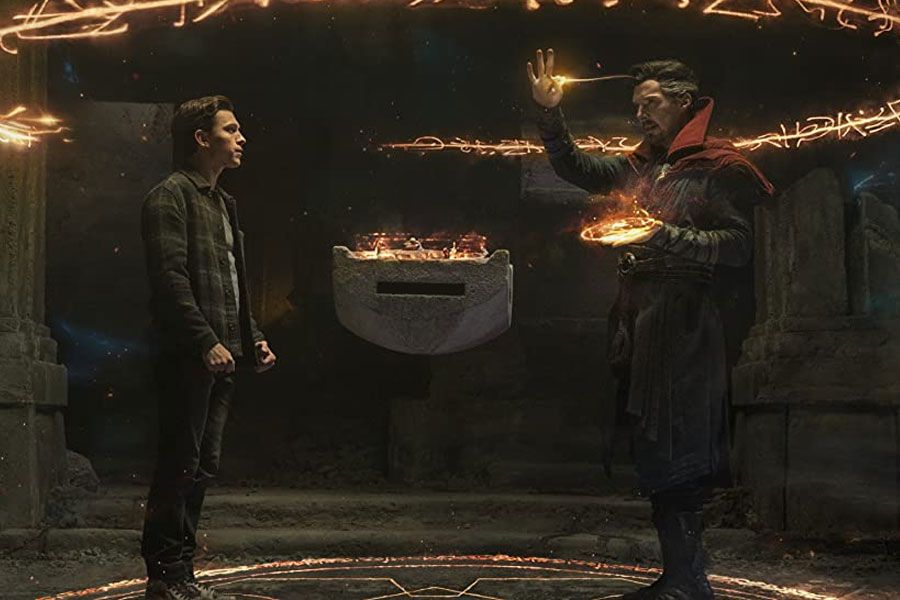 Includes it includes spoilers for Spider-Man: No Way Home.

The post-credits scene of Venom: Let There Be Carnage promised something no less: the face to face between Venom played by Tom Hardy and Spider-Man in charge of Tom Holland.

Without any explanation, that sequence anticipated that the antihero had been transported, in one way or another, to the Marvel Studios universe. And that was something that happened just at the moment when the secret identity of the spider hero was revealed by J. Jonah Jameson.

Well, when it was time to see Spider-Man: No Way Home there was no payment with expectations in this matter. Eddie Brock (Tom Hardy) was not the sixth sinister in the equation as some were deluded, since Sony Pictures has its own plans to make a movie of the group of villains, and his presence was relegated to one of the worst scenes presented during the credits in history.

On the one hand, Eddie’s appearance at the end of No Way Home has no explanation for all those who did not see Venom 2. We were not few who had to explain what the hell had happened to our companions who had not seen that other movie.

But beyond that, perhaps the most relevant thing to underline is that the sequence itself is just a commercial move that doesn’t make any sense either.

Along the Spider-Man: No Way Home it is established that those who know Peter Parker’s secret identity in other universes are breaking down the barriers of the multiverse. This is the key that transports characters like Doc Ock to the world in which Holland’s Parker lives. However, Tom Hardy’s Eddie has no idea who the hell Peter is or less what Spider-Man is. Why the hell was he transported? Well, it doesn’t matter, they never explain it. It’s only there because Sony wanted it that way.

In fact, as if it were a children’s story that requires no further explanation, Sony treated its audience as an infant who is settling for something that is … just because of its condition of existing. Does it make any sense? Well, it doesn’t matter! Having done it is enough.

Of course, the above is not enough, since the narrative of the scene ends up highlighting its status as a bad joke.

Staying on the beach where we saw him at the end of his own movie, a completely drunk Eddie and Venom hear about what Thanos did and what happened to the snap. But before doing something worthwhile, he is returned to his universe as a result of the final spell of Doctor Strange. Yes, the one that removes all memory of Peter Parker from the world.

Beyond the fact that the above does not make sense in the story proposed by No Way Home, The great consequence of all this commercial game of post-credits scenes in the service of selling the ointment is only one: a part of the symbiote remains in the universe of the MCU.

Although the above opens the door for Peter to meet the symbiote, at the same time it closes the door to that face-to-face promise that had been promised between Tom Hardy’s Eddie Brock and Holland’s spider hero. Closing that door is a mistake for Sony, especially since people would probably pay a ticket to make that happen, but it also only reveals how these two scenes turned out to be a huge hoax for the audience.

Obviously there is the possibility that the multiverse will reopen in the future. Eddie Brock recovers the remaining symbiote and the promise of face-to-face becomes a reality. But considering that Sony Pictures prefers to separate the waters from the brands it controls, and the partnership deal with Marvel Studios is doomed to end at some point, it’s not so certain that they will go down that path.

Most likely, they will keep the idea of ​​lending Spider-Man to the MCU and make extra revenue with the gallery of people in another way, without Sony having to give part of their cake to Disney. Let Venom go on his own. As if nothing had happened here but a meeting between Eddie and Danny Rojas.

Anyway, at least the only thing in favor that can be said is that at least this was a scene and not a sticky trailer to promote a movie that will arrive next year.

Spider-Man: No Way Home’s mid-credits scene is a bad joke – The Third