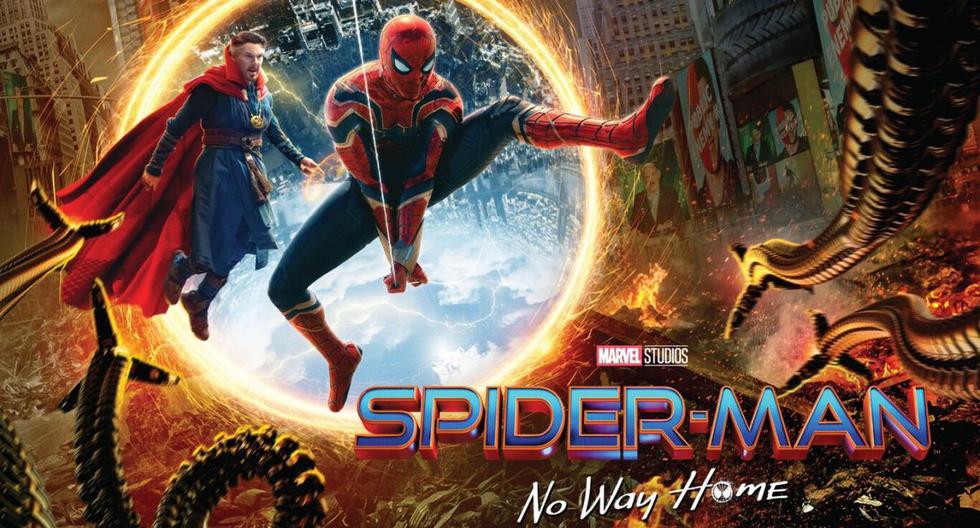 “Spider-Man: No Way Home“(” Spider-Man: Sin Camino a Casa “, in Spanish) hit theaters in Latin America and the United Kingdom on December 15, 2021, and two days later, on December 17, in the United States, becoming a global success. According to Variety magazine, this movie from Marvel Cinematic Universe (MCU, for its acronym in English) ranked as the third best premiere in history with almost 50 million dollars.

MORE INFORMATION: How to watch Spider-Man No Way Home

As a result of the expectation that the film has generated, there are many who wonder if it will be available on HBO Max; And it is not for less, because taking into account that the streaming platforms are making some films their own, some time after their premiere, it is not strange that they have that question, which we will absolve below.

HOW LIKELY IS “SPIDER-MAN NO WAY HOME” TO COME TO HBO MAX?

While fans of the MCU they look forward to the film landing on HBO Max, the general manager of HBO Latin America, Luis Duran, was in charge of solving this doubt through their social networks. To the question of a follower: “Will we be able to see ‘Spider Man NWH’ on HBO Max at some point?”, he replied: “Of course we do, it is a bit expensive, but whatever for the fans”.

After other consultations, he succeeded in pointing out: “In 2022 it will be 45 days for WB (Warner Bros.). With Sony there are several acceleration formats. Combining you have a first half of 2022 left with King Richard> Matrix> Morbius> Venom> Spiderman. And there are some from NBCU (F9 Fast Saga, I think) “.

With what Duran said on his Twitter account, possibly “Spider-Man: No Way Home”Would arrive on HBO Max in mid-2022, but not only that, because other successful films would be added to this. Although among them will not be “Black Widow” or “Eternals” for being Disney and Marvel productions.

But the good news continued, since films related to the Spiderverse will arrive on the platform for 45 days, this by the rights of Sony Productions, Marvel Entertainment and The Walt Disney Company.

As an example we have “Spider-man 3” which is already on HBO, so the lovers of this character are more than happy.

“Spider-Man No Way Home”, will it be available on HBO Max?