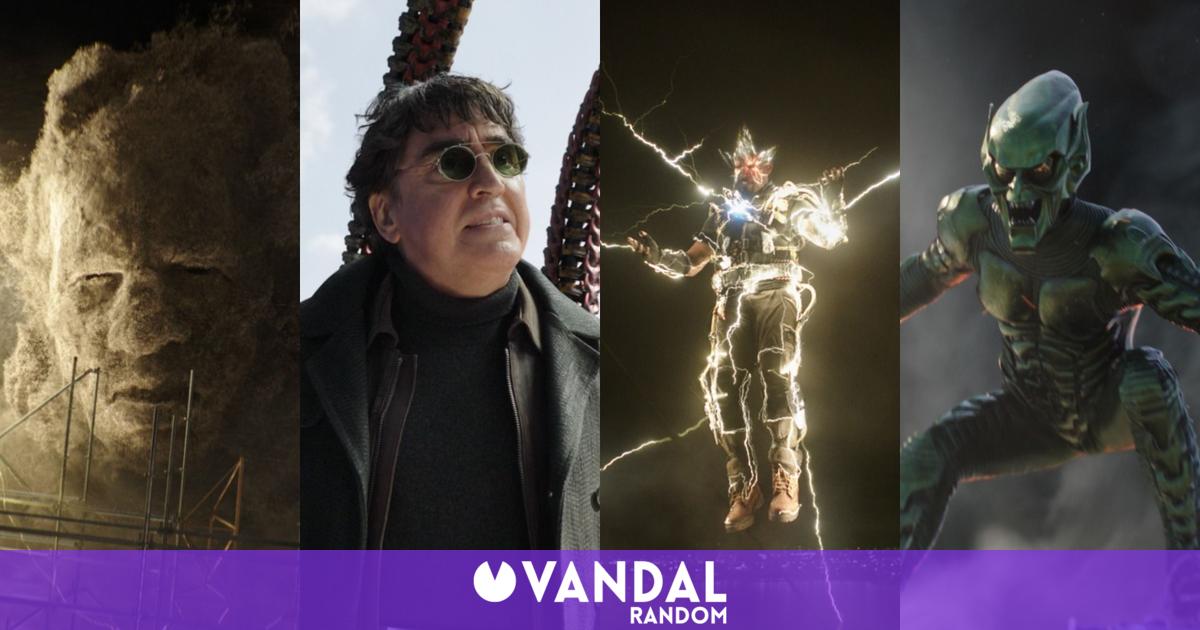 Spider-Man: No Way Home is postulated as the most important film of this final stretch of 2021, at least when it comes to the superhero genre and the popcorn blockbuster. The last trailer of the feature film starring Tom Holland It came loaded with many news and secrets, showing up close three more villains (who were already known to be) in full combat against the web launcher: Electro, Lizard and the Sandman will join the Green Goblin and Doctor Octopus to defeat Peter Parker once and for all.

You’ve probably heard, due to so many villains in a Spider-Man movie, of the Sinister Six as a group of antagonists who are looking to make life miserable for that web-shooter by rising above him and spreading evil throughout New York and what is provided. While in this other article We will explain, roughly, who the Sinister Six were, here we will delve a little more and see which of those members are already in the film of No Way Home and which ones might be on the way.

How were the Sinister Six formed?

The Sinister Six are led by Doctor Octopus, and their organization began when the villain with the tentacles was defeated three consecutive times by Spider-Man. With the will to defeat him once and for all, Octopus makes contact with all the enemies that Peter Parker has had, the original group being founded by Vulture, Electro, Mysterio, Sandman and Kraven the Hunter. The organization kidnaps Aunt May and the secretary of the Daily Bugle, Betty Brant, so that Spider-Man can come to their rescue. The team didn’t want to work together at first, so a series of one-on-one battles against the web thrower was set up, and things didn’t end too well for the villains …

From then on, the group was formed and diluted according to the needs of the villains, later adding, for example, Green Goblin or Venom. In fact, Hydro-Man, Venom, Green Goblin, Lizard, Shocker and Rhino were rotating with the others and the entire cast of Spider-Man villains ended up being part, in one way or another, of the Sinister Six.

So far, we know that Doctor Octopus, Green Goblin, Sandman, Lizard and Electro will be present in the Jon Watts film, but a member is still missing. With Mysterio dead it is possible that Jake Gyllenhaal does not appear on the tape, unless he has somehow faked his death. Nevertheless, Venom I know it seems to have some ballots to join the Sinister Six, pitting for the first time, thus, Tom Holland against Tom Hardy on the big screen. Rhino, meanwhile, could also return from The Amazing Spider-Man 2, although Electro and Lagarto are already present extracted from the saga of Andrew Garfield, you may have other options.

The Vulture of Michael Keaton It is also another excellent option, now that we know that the actor continues to play his character, or so we saw in the trailer of Morbius with Jared Leto, and it could be the missing piece from Holland’s universe.

That remaining member is still a mystery, but next December 17 we will leave doubts and we will be able to see first-hand what have been the surprises that have been hidden from us from Disney. Which member of the Sinister Six do you think could finally arrive to complete the group on celluloid?

Spider-Man No Way Home: Who are the Sinister Six and which ones will be in the movie