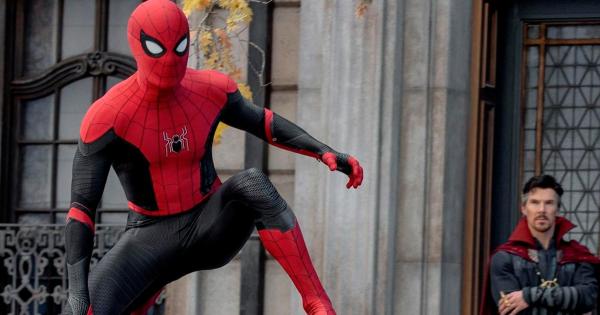 As December approaches, expectations and excitement increase notably on the part of all those who hope to see Spider-Man: No Way Home. This is perhaps the Marvel movie that has generated the most conversation before its release, and that they have tried to keep the details under lock and key allowing fans to speculate and generate their own stories even without knowing what they will face.

Almost three months ago the first trailer of the film starring Tom Holland, which became a great event by revealing things that many already expected such as the importance of Doctor Strange (Benedict Cumberbatch) on Peter Parker’s new path and the much-mentioned return of Alfred Molina as Doctor Octopus. But what raised hopes of seeing again the actors who brought the young arachnid to life earlier was the obvious reference to the Green Goblin from Willem Dafoe – A laugh and a smoke bomb were enough -.

A few days ago, photographs were leaked where they appear Tom Holland, Andrew Garfield and Tobey Maguire with their respective superhero costumes, and although they have become a bomb, it has also been tried to show, on the other hand, that they are nothing more than false and very well edited images. But to end the false hopes, or to increase them, the release date of the second trailer has already been announced.

On Twitter (@MalvelUpdates) an announcement was released inviting the public to see the second official trailer of Spider-Man: No Way Home during an event dedicated exclusively to fans, and the appointment is next Tuesday, November 16 at the Regal Sherman Oaks, a popular multiplex located in Los Angeles, California. The announcement ensures that the preview will be screened at 5:00 pm

Keep reading: Spider-Man: Freshman Year will be an animated prequel and canon within the MCU

#SpiderMan: No Way Home’s’ 2nd trailer will release on Tuesday.

It will be launched at a fan event. pic.twitter.com/dmZoFXiGLu

Although the poster indicates the time of projection of the trailer, it is not yet known with certainty if it will be launched online at the same time or will have to wait a couple of hours more, but this will keep more than one pending. It must be remembered that, as a strategy or by chance, Marvel Studios is releasing its advances after major leaks, the first one was made after the video appeared in poor quality.

According to what has been made official so far, in this new video we could witness the first look at the Green Goblin in the style of the appearance of Alfred Molina, that is, from the front and full body. This is almost certain, since the character already appears in the official poster published recently. It is difficult for them to show another of the Spider-Man, whatever version it is, because that will be the main dish for the projection of the film on December 17.

Continue with: Spider-Man: No Way Home | Andrew Garfield no longer denies that he will be in the movie

Keep in mind that there are still other confirmed characters that have not been seen, and the next trailer could make more direct references to Electro from Jamie Foxx.

Spider-Man: No Way Home | There is already a date for the new trailer | Tomatazos