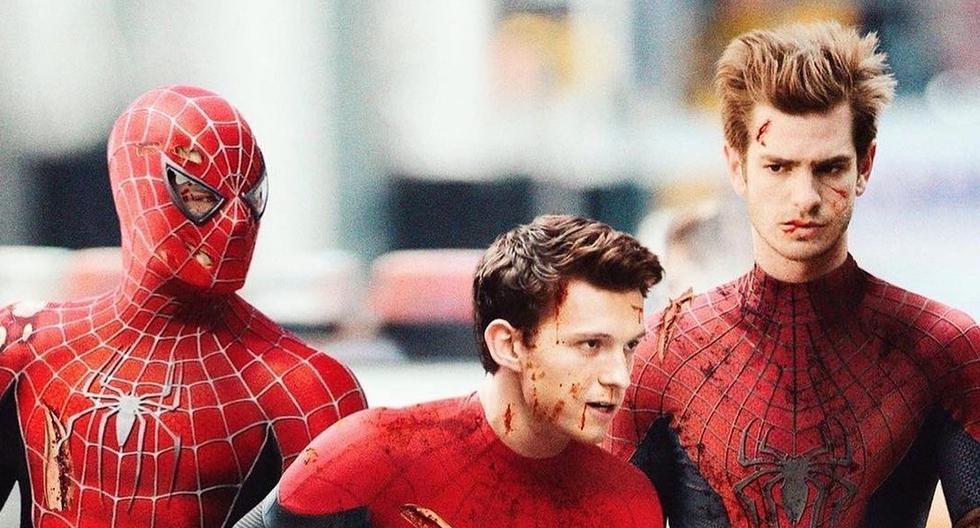 “Spider-Man: No Way Home“Is, so far, the tape of the Spiderman most successful of all the sagas, after collecting in its third week in cinemas, US$1,380,509,396 Worldwide. And without a doubt, a large part of this mega success responds to the enormous expectation of seeing Tom Holland fighting evil alongside Tobey Maguire Y Andrew Garfield.

Seeing the three Spider-Man joining forces, each one from different realities and times, and at the same time witnessing the return of the actors who gave life to the arachnid in previous sagas has been one of the greatest gifts that Marvel and Sony have been able to give him. to fans of the famous superhero currently played by Tom Holland. And the event is so great that there is even talk of possible future films with Maguire and Garfield.

The ‘spiderverso’ opened in “Spider-Man: No Way Home”It allows everything and opens the doors to any theory.

SEE ALSO: “Spider-Man: No Way Home”: 5 curiosities of the filming of the last movie of the arachnid

Meanwhile, we can only speculate about what the successful third film delivery leaves us. And precisely, one of the issues that are coming to light after the premiere of “Spider-Man: No Way Home”Is from the salaries that the actors received for being part of this mega premiere.

Before, let’s take a look at what the actors were charged for playing Spider-Man in each of his sagas.

As detailed Celebrity Net Worth on its official website, Tom Holland earned $ 250,000 for briefly appearing as “Spiderman in Captain America: Civil War”. Then he earned $ 500,000 in base salary for “Spiderman: Homecoming”With his eventual paycheck exceeding $ 1.5 million with bonuses. Later, he earned $ 3 million for his appearance in “Avengers: Endgame”From 2018. And today, his standard base salary for a single appearance in a movie is $ 4-5 million.

A report from Variety published on December 22, indicates that after the great success of the latest installment of Spider-Man, Holland’s salary could amount to 10 million.

“…eHolland’s sales price should jump into the eight digits. Before “Spider-Man,” he was making less than $ 1 million from movie roles. Now, he could be making $ 2 million to $ 5 million for independent films and between $ 5 million and $ 10 million for a lead role in a commercial film from traditional studios. ” it reads in the aforementioned edition.

The same website indicates that in 2002, Tobey Maguire made a respectable $ 4 million for playing the superhero arachnid in “Spider-Man 1“And in the sequels he made considerably more: for” Spider-Man 2 “he negotiated a salary of $ 17.5 million, plus five percent of the film’s gross box office. Then, for the final delivery, “Spider-Man 3″ Earned a slightly lower salary of $ 15 million but with an even larger share of the box office, 7.5 percent.

Garfield’s salary information dates back several years. Deadline posted this in his 2010 issue: “Garfield’s pay scale as Spider-Man is around $ 500,000 for the first movie, $ 1 million for the second, and $ 2 million for the third. All finalists were presented with those terms in a one-movie, two-option deal. ” However, there is no indication that he received anything for the third tape that never saw the light.

AND HOW MUCH DID TOBEY AND ANDREW EARN FOR “SPIDER-MAN: NO WAY HOME”?

How much did he charge Tobey Maguire to be part of ‘No Way Home‘There is no confirmed information. But it has been spoken of the conditions that he put to pose his character almost 20 years after his last film (2007).

In an interview with The Hollywood Reporter, Chris McKenna, screenwriter ofNo Way Home“, He said: “…Tobey wanted to be very minimal … As writers, we asked ourselves, ‘Where are these characters in their lives when they enter the movie? Where’s Tobey? ‘ . Now he’s a 43-year-old guy … We wanted to be faithful to the characters in those movies. Really have conversations about specifying where they are, without revealing too much …”

As for Garfield’s salary for his participation in Holland’s third film, it is said that he would have received 1 million dollars, for his 30-something minutes on screen. Although it sounds little, this return of the 38-year-old actor would have opened the doors for other Marvel and Sony projects.

On December 25, thousands of fans around the world mobilized on social networks to ask Sony Pictures, through the hashtag #MakeTASM3, who want to see the actor in a third film of “The Amazing Spider-Man”. Time will tell if this request comes true or not.

“The Amazing Spiderman 3”: this was going to be the story of the film with Andrew Garfield

“Spider-Man: No Way Home”: when and where to stream the movie?

“Spider-Man: No Way Home” is the first film to exceed a billion dollars in pandemic

“Spider-Man”: the campaign with which fans ask for a third film with Andrew Garfield

“Spider-Man: No Way Home”: How much did Tobey Maguire and Andrew Garfield charge for their return?