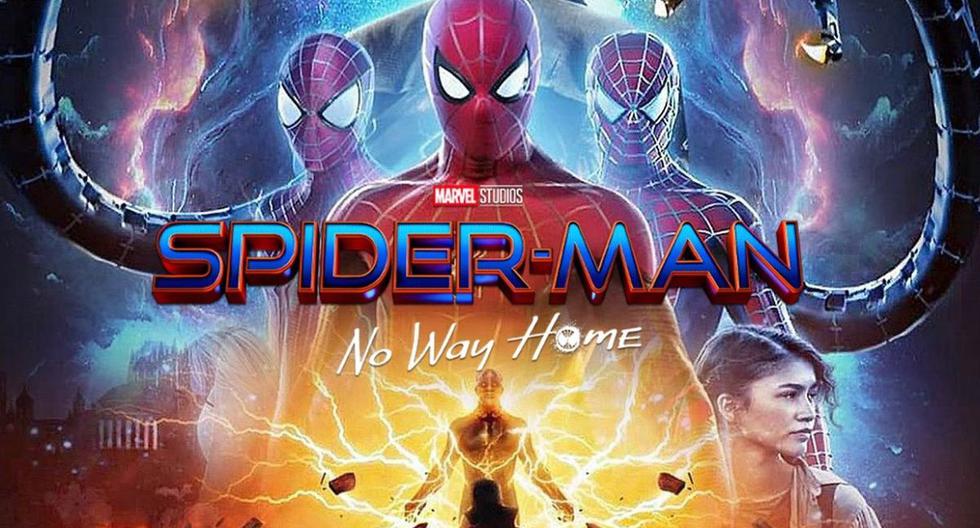 Since it came to theaters, “Spider-Man: No Way Home”(“ Spider-Man: Sin Camino a Casa ”, in Spanish) has not stopped generating endless comments and revealing various data that few knew inside and outside the plot, making the followers of the Marvel Cinematic Universe (MCU, want to know more and more.

Due to the madness that this film has generated, which brings together Tobey Maguire, Andrew Garfield y Tom Holland In the role of Peter Parker, as well as the villains of the MCU, the production team turned to previous films where we saw the popular spider-man.

Next, we will tell you which are the 10 best references to Spider-Man’s past movies in “Spider-Man No Way Home”.

MORE INFORMATION: The post-credits scene with Tobey Maguire and Andrew Garfield who was eliminated

The Top 10 Spider-Man Past Film References That Were Taken For “Spider-man No Way Home” Were Made By Screenrant.

Before the final battle at the Statue of Liberty, the three spider-men share some experiences including several jokes, but when he is about to start the confrontation with the villains, something happens: Maguire’s Spidey back is not right, something that was a recurring feature in the Spider-Man Trilogy, directed by Sam Raimi.

MORE INFORMATION: How Tobey Maguire and Andrew Garfiel were convinced to appear in “Spider-Man No Way Home”

After being exposed as Spider-Man, Peter Parker (Tobey Maguire) returns to school, this being his first day, something that is reported in the news program in charge of Betty Brant, who says: “Go get them, tiger!”, as was also heard in the trilogy directed by Raimi. In that film, Mary Jane (Kirsten Dunst) was the one who said that phrase to her lover. For “Spider-Man No Way Home,” Betty adds: “Or should I say, ‘spider’?”.

8. Will Miles Morales make it to the MCU?

The time Spidey (Andrew Garfield) takes off his mask in front of Electro (Jamie Foxx), he is disappointed because he thought Spider-Man was African American and comments: “There must be a Black Spider-Man somewhere”, like making a wink to Miles Morales, star of “Into the Spider-Verse”, something that would make one suppose that a version of this character would reach the MCU.

To explain all the madness in the multiverse, which we see in “Spider-Man No Way Home”, it shows us that Doctor Octopus (Alfred Molina) was transported to the MCU after sacrificing himself on the lake in “Spider-Man 2”, from Sam Raimi, evoking memories of that sequel: “The power of the sun in the palm of my hand.”

6. The Return of JK Simmons as J. Jonah Jameson

We saw JK Simmons return as J. Jonah Jameson, editor of the Daily Bugle, in “Spider-Man Far From Home” when he reveals Peter Parker’s identity to the world and frames him for Mysterio’s attack in London. In “Spider-Man No Way Home” he follows after Spidey to frame him once more.

The moment that Damage Control arrests Peter at the beginning of “Spider-Man No Way Home” he tells him that Nick Fury can provide an alibi. This refers to the fact that in “Far From Home”, the agents report that Fury has not been on Earth for a year, something that confuses Spidey when making calculations and realizing that a week ago he was with him.

Although “Spider-Man No Way Home” avoids giving details about what happened after the end of “Spider-Man 3”, it is revealed to Garfield’s Spidey who made Mary Jane’s relationship work in his universe, so It is possible to be a masked crime fighter and a committed boyfriend at the same time. In this way, it is understood that Spider-Man (Tobey Maguire) and MJ (Kirsten Dunst), despite the tense romance in the trilogy, could finally be happy.

3. Norman Osborn and his quote reminiscent of the Spider-Man Trilogy

The moment Norman Osborn is imprisoned in Doctor Strange’s dungeon, Peter Parker tells him that he will use science to help the villains, but he with his characteristic arrogant smile tells him. “I myself am a kind of scientist”, a quote from the Spider-Man trilogy.

2. Garfield begins to forgive himself

After the cancellation of “The Amazing Spider-Man 3”, the film “Spider-Man No Way Home” has left everyone with the creeps. And it is that after the end of emotional suspense of “The Amazing Spider-Man 2” with the guilt that Garfield’s Spidey carries for the death of Gwen Stacy, now the opposite occurs when saving, in a similar scenario, Mary Jane ( Zendaya). Here he realizes that he can forgive himself and sees a glimmer of hope.

1. Uncle Ben’s quote from the comics

One of the characters that has not had much recognition in the MCU’s Spider-Man films is Uncle Ben, who is in charge of guiding Peter, just as we saw him in the comics. But this was left behind, because in “Spider-Man No Way Home” he vindicates it. Everything happens when Aunt May dies in the arms of her nephew, this is where the complete phrase of Ben is heard in the comics. “Great power must also carry great responsibility”.