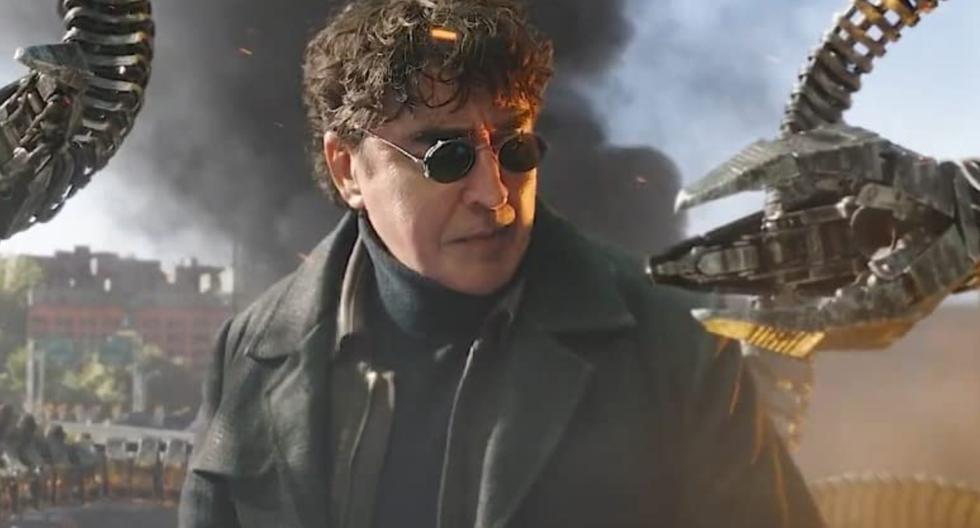 What time lines has generated “Spider-Man: No Way Home”? The recent Marvel movie was an event in most movie theaters internationally. The film, starring Tom Holland, met the public’s expectations of seeing Tobey Maguire and Andrew Garfield’s Spider-Man. But it also meant a series of consequences in the Marvel Cinematic Universe (MCU).

MORE INFORMATION: Why “Spider-Man No Way Home” represents another problem for the DC Extended Universe

The love It premiered worldwide on December 17, 2021 and was one of the most anticipated premieres of said. It has grossed over $1.544 billion worldwide to date.

The fiction, which had a budget of 200 million dollars, was directed by Jon Watts, and one of the main signs that it would open the way to the multiverse was with the presence of the Doctor Strange (Benedict Cumberbatch) and the arrival of Doctor Octopus (Alfred Molina) and the Green Goblin (Willem Dafoe).

MORE INFORMATION: The post-credits scene with Tobey Maguire and Andrew Garfield that was deleted

In this way, the tape became one of the most endearing, especially because of the ending that included the three Spider-Man and a sacrifice of the character of Tom Holland to repair the disaster caused at the beginning. However, the closure of history would have consequences in the timelines.

10 TIMELINES CREATED BY THE END OF “SPIDER-MAN: NO WAY HOME”

The chronology of Spider-Man de Tobey Maguire would not change and would remain as the one known in 2002, with the deaths of the Doctor Octopus and the Green Goblin. However, he will be another arachnid superhero, nurtured with the experience of knowing that there is a multiverse and that villains can be brought back.

While in the Andrew Garfield’s Spider-Man the situation will be similar because, in her universe, Gwen Stacy is still dead, although she has the peace of mind of having helped save MJ. His scientific knowledge will be an addition in case the saga of “The Amazing Spider-Man”.

MORE INFORMATION: Tom Holland and Zendaya very affectionate on the red carpet of “Spider-Man No Way Home” in the United States

8. The Afterlife of the Green Goblin

Another timeline generated by “No Way Home” is one where the Green Goblin returns without the evil with which he is remembered in the first Spider-Man saga. In this way, Norman Osborn could be more of a mentor to Peter Parker and even the death of Peter Parker could be avoided. Doctor Octopus.

7. The new version of Harry Osborn

This way, without an evil Green Goblin, Harry Osborn could have another role in a new timeline. It is possible to speculate that Norman would tell his son what happened with Spider-Man and how he should not follow in his footsteps because his years as a villain are over.

6. The new life of Doctor Octopus

One of the most hopeful Spider-Man timelines is the fact that Otto Octavius stay alive and return to the point of the second part of the first trilogy. Thus, I would go with the knowledge of the reactor created by Tony Stark to be able to achieve more advances in his time, surely with the help of Peter Parker.

However, the ending of “No Way Home” has also spawned another timeline in which the Doctor Octopus he keeps sacrificing himself to slow the advance of the fusion generator. In that inevitable destiny, however, now Otto will be able to give Peter Parker new knowledge.

4. The possibilities of Electro

Meanwhile, the closure of “Spider-Man: No Way Home” would also bring a change for Electro, the villain who would have more knowledge for everything he experienced in the latest Marvel movie. And, in his new personality, he could even bond with Spider-Man from Andrew Garfield.

A different timeline of the MCU is what would happen to lizard, the villain already cured and that, by not serving Oscorp, you can probably join Peter Parker. Or it could also be that he can go through the process of becoming the Lizard again.

The Sandman He did not want to be part of the villains and, in a new timeline, he could be given a new life, along with his family, cured of the powers that made him famous in the first saga. However, there is also the possibility that he will return to crime.

1. The death of Spider-Man

Finally, another of the time lines, one of the most tragic, would be the death of Tobey Maguire’s Spider-Man at the hands of Venon. Because, in the third part of the first saga, Harry Osborn is the one who prevents the villain from murdering the arachnid superhero. Without Harry as the next Green Goblin, Venon’s triumph would have been inevitable.

“Spider-Man: No Way Home”: 10 Different Timelines That Were Created By The Movie