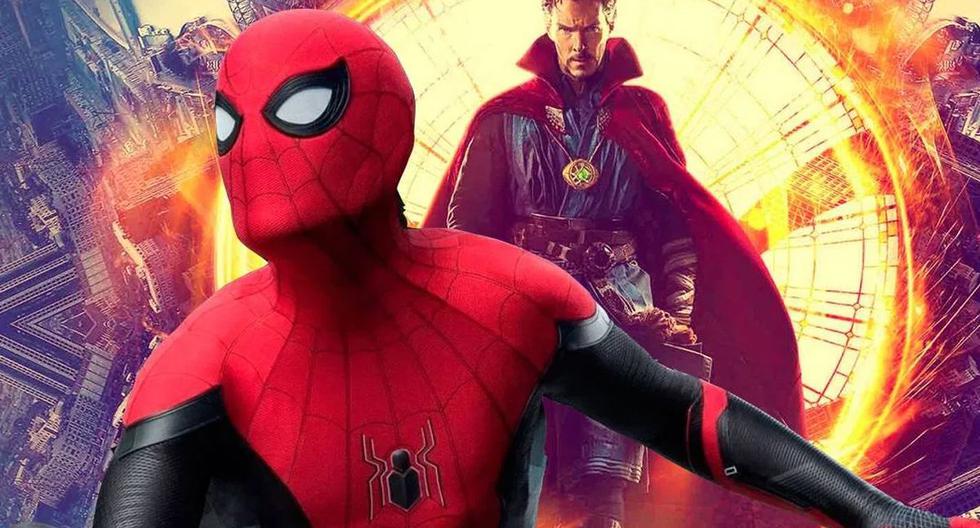 Doctor Strange the true villain of “Spider-Man: No Way Home“? After the first images of the new movie Of the arachnid, much has been said about the superhero and surgeon Stephen Vincent Strange. In fact, there are already those who theorize that this would be the one who Spider-Man will have to face in the new installment. Or at least a variant of it.

MORE INFORMATION: Who are the other villains in “Spider-Man: No Way Home”

Marvel and Sony finally released the first trailer for “Spider-Man: No Way Home”A cleverly designed one that hides as much as it reveals, while confirming the Multiverse and Doctor Octopus, carefully avoids any direct take on the expected returns of Tobey Maguire and Andrew Garfield. The focus is on establishing the movie’s relationship with the MCU and on the dynamics between Spider-Man y Doctor Strange.

If the trailer hasn’t been structured to mislead fans, it appears that Peter Parker is turning to the Wizard Supermo for help now that his secret identity has been revealed to the world. Strange proposes a mystical solution that fails and ends up destroying the Multiverse. But is it really Doctor Strange? Or has the Multiverse of insanity already reached the Sanctum Sanctorum, and is it actually a variant of another reality? Screen Rant theorize about it.

MORE INFORMATION: These have been all the villains in the Spiderman movies

DOCTOR STRANGE, THE REAL VILLAIN FROM “NO WAY HOME”?

The first clue that not everything is as it should be is simply that Doctor Strange wears the Eye of Agamotto. In the MCU, this magic container was designed to hold the Time Stone, and it could only be opened using specific enchantments. Also, in “Avengers: Infinity War” Thanos snatched it and destroyed it when he realized that the sorcerer had taken the gem from him. And yet, despite this, on the distant planet of Titan, it is shown once again around Strange’s neck.

It is possible, then, that this is a variant of Doctor Strange from another universe that never gave up the Eye, and it is interesting to note that it is not shown opening it, using what it contains. In the comics, the Infinity Stones only possess power when they are in their native universe; if this contained the Time Stone itself from a variant of Doctor Strange, it would not be powerful in this dimension.

MORE INFORMATION: Alfred Molina and his most acclaimed films

DOCTOR STRANGE SEEMS OUT OF PLACE

The next problem is that Doctor Strange seems slightly out of place in the trailer, willing and even eager to cast a dangerous spell that could destroy all reality to show off to a teenage superhero. Now, it is worth noting that this particular point should not be overstated; Strange has always been characterized by his ego, and when he first tried to learn magic, he went ahead, regardless of the advice of more experienced wizards, manipulating the Time Stone.

Still, it is to be hoped that the sorcerer has cultivated a greater degree of caution over the years that he has been practicing magic; his experience with the Time Stone in “Avengers: Infinity War” should have taught him that decisions must be made carefully, as he learned that there was only one in 14 million outcomes where Thanos was defeated. There is no trace of that kind of caution or restraint in advancing “Spider-Man: No Way Home”.

One possible explanation is that this Doctor Strange is not the character viewers are familiar with, but rather is a variant with far less self-control and an even more unbridled ego. The trailer shows Spider-Man arriving at the Sanctum Sanctorum shortly after something happened: The Sanctuary is covered in snow, and Strange and Wong are wearing clothes that suggest it has a very low temperature at the moment. A variant could have replaced the sorcerer during this invisible adventure, with the helper unaware of what happened.

To further support the idea that Doctor Strange is a variant and the true villain of “No Way Home,” there are several shots in the trailer that suggest he and Spider-Man will fight each other. In one shot, Strange performs a traditional magical move that pulls Peter Parker’s spirit out of his body. In another, the sorcerer confronts the young superhero on a train and tries to catch him by manipulating the reality around him. Viewers were hoping that Doctor Strange would be the last mentor figure in Spider-Man’s MCU arc, but the trailer hints that the relationship will be a bit more troubled.

This would further explain why Spider-Man’s traditional enemies from other branches of the Multiverse, including the Green Goblin, Doctor Octopus, and other possible members of the Sinister Six, come to this reality to cause trouble for Peter Parker. A variant of Doctor Strange traversing dimensions would have learned a lot about the arachnid’s enemies in other timelines and may have even visited some of them.

If this theory is correct, then Marvel and Sony are really hiding a lot more than viewers suspect. More than an ally, Doctor Strange from “Spider-Man: No Way Home” is actually an enemy of the superhero.

MORE INFORMATION: The famous tiktoker that appeared in the trailer for “Spider-Man: No Way Home”