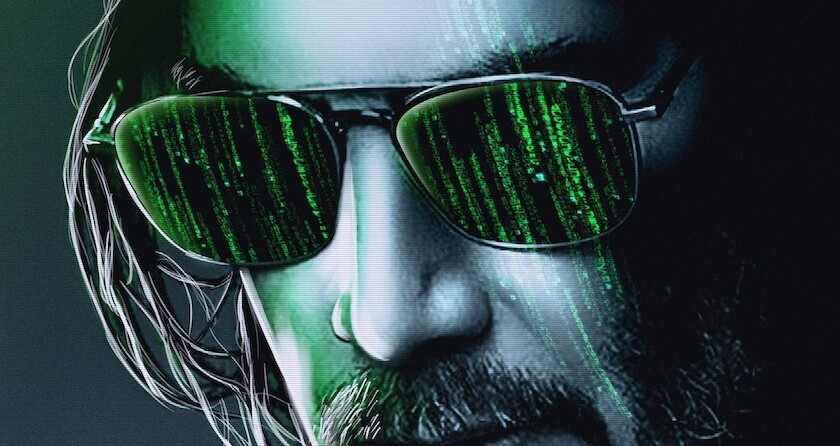 It is amazing that the content of this first trailer was not leaked to the public after it was seen by a privileged few at CinemaCon. But that’s the way it has been, and these long-awaited first images of the fourth installment of Matrix (if we do not count the juicy prequels and sequels that enriched the original lore in the form of comics, anime and video games) are premiered as a world exclusive.

There was expectation, because we know that Keanu Reeves has managed to maintain the type during these two decades, but … and the rest? Some of the cast return, including Carrie-Anne Moss, Jada Pinkett Smith, Lambert Wilson and Daniel Bernhardt, and they are joined by new additions such as Yahya Abdul-Mateen II, Neil Patrick Harris, Jessica Henwick or Christina Ricci and many others. And the Wachowski sisters are no longer two, but one: this time Lana Wachowski writes and conducts solo.

What to expect from a new ‘Matrix’?

The trailer is, as the comments from CinemaCon predicted, a kind of reformulation of what we already saw in the first installment. Again Neo is “asleep” in a fictional world, and again a stranger with a tattooed white rabbit asks him to follow her to find out the truth. Morpheus again (this time in a youth version), Trinity again, and iconic details of the saga are repeated (motorcycles, helicopters, terraces, agents that transform) … is it enough to quench the thirst for plus a new ‘Matrix’?

Maybe this compilation of clone moments from the first installment is just the beginning of Neo’s journey, but It is clear that the structure of awakening and recognizing yourself again as the savior of humanity is there. You can guess sequences as complicated and hyper-choreographed as is traditional in the series and abundant doses of pure action, martial arts and even immersions in the world controlled by machines. There is less for December.

MARVEL Review Great Treasures Conan the Barbarian: The Movie. The secret of steel
Netflix: 3 premiere movies to enjoy on your weekend
This mind-blowing 'deepfake' replaces Tom Holland with Tobey Maguire in the 'Spider-Man: No way home...