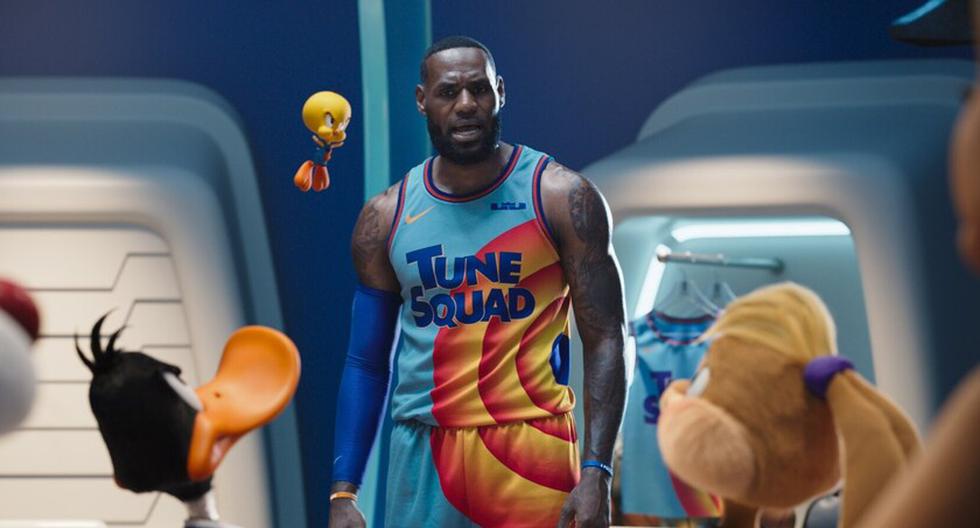 The wait is over! “Space Jam: A New Legacy” It already premiered on July 15 in Mexico and Latin America. It has been 25 years since Michael Jordan faced the Monstars and now it will be the turn of LeBron James, who together with the Looney Tunes will live a great adventure in a basketball game that could change everything.

“Space Jam: A New Era” has been one of the most anticipated films of 2021. Although its premiere was postponed due to the coronavirus crisis forced to move the scheduled dates of this, fans are eager to enjoy LeBron James, along with the Looney Tunes, who they will have to give everything on the field to prevent the world where they live from suffering serious consequences.

That is why today we present everything you need to know about the premiere of the long-awaited sequel to Space Jam, which brings back Warner Bros’ most beloved animated characters: where to watch, where to stream and in theaters, and what the movie is about.

MORE INFORMATION: This is the first image of Bugs Bunny in “Space Jam 2”

WHAT IS “SPACE JAM: A NEW LEGACY” ABOUT?

“Space Jam: A New Legacy” will put basketball star LeBron James in a difficult situation, as his son is kidnapped, and he must travel to the digital world to become a cartoon and find him.

“Established basketball player and world icon LeBron James and his young son Dom – who dreams of being a video game developer – find themselves trapped in virtual reality by a rogue algorithm called Al-G Rhythm. To get out of this reality safely, they must help the Looney Tunes characters Bugs Bunny, Daffy Duck, Porky Pig and Lola Bunny, in addition to their entire gang of undisciplined, to achieve victory over the digitized champions of Al-G in a basketball game, ”reads the Warner Bros. synopsis.

LeBron James and Warner Bros’ most beloved animated characters will face the evil and towering Goons, a group of monsters who will do everything possible to prevent the Tunes team from winning. An unmissable odyssey that has high expectations after the great phenomenon that was the first “Space Jam” movie with Michael Jordan.

WHEN WILL “SPACE JAM: A NEW LEGACY” RELEASE?

“Space Jam: A New Era” is available from this Thursday, July 15, 2021 for Mexico and Latin America, territories in which it will be seen only in theaters for the release date.

It should be noted that HBO Max announced that the premiere Warner Bros films will arrive 35 days after their theatrical release, so that “Space Jam 2” would arrive free of charge on the platform around August 19 for these territories.

While in the case of the United States, the conta opens this Friday, July 16, both in theaters and on the HBO Max streaming platform, so the public can choose which option they prefer for its premiere.

This is already on! MORNING @Cinemex Y @Cinepolis faces will be seen to define who will be part of the Tune Squad.
Space Jam: A New Era. # SpaceJamPelícula
Buy your tickets here: https://t.co/gnaxnj14F3 pic.twitter.com/eUKaLLivms

ACTORS AND CHARACTERS OF “SPACE JAM: A NEW LEGACY”