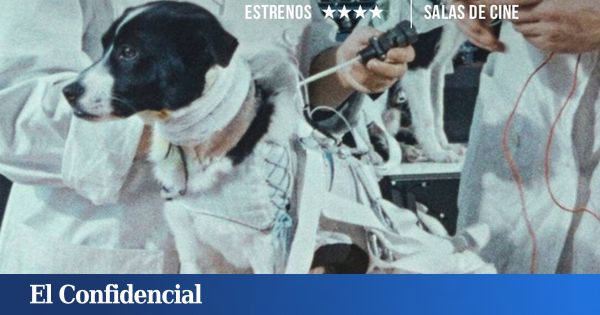 In that propaganda war which was also the space race, the Soviet Union he scored a very important point with At a time. After advancing with the launch of the Sputnik in October 1957, the Soviets finished off the play by sending a few weeks later the first animal into space, a three-year-old thousand-milk dog. The echo of this milestone in cosmonautics is largely due to the role of the can. It didn’t take long for Laika to become a world-famous mascot: she continues to give names to all kinds of consumer objects and cultural products. Also if, to that Mecano song. Few real dogs have managed to fixate on the popular imagination of an entire planet as she did.

Soviet authorities they did not explain at the time what had happened to Laika once their ship, Sputnik II, entered orbit. The confusing information in this regard was intended to hide the sad fate of the animal, and at the same time keep alive the narratives typical of a story that were being forged around it. Laika was one of the first animals in undergo this ‘cuquification’ process now common in the networks. She became an endearing heroine in spite of herself, she was the tender image that won sympathy for the cause of cosmonauts even in countries little akin to communism. Not even with Hollywood and Disney on their side did the American astronauts achieve a similar triumph.

In its first five minutes of opening, ‘Space Dogs’ (2019) dismantles Laika’s space odyssey as it was narrated for decades. It was not until the beginning of this century that the truth about this issue was uncovered: the precarious conditions in which the dog traveled into space, how quickly it died once it entered orbit and its total disintegration with the ship on the return trip. In this documentary signed by the Austrians Elsa Kremser and Levin Peter, the entire propaganda narrative about the space travel “manned” by dogs is reviewed to empty it of any epic content. As the film recalls, Laika was a stray dog, one of many that roam the streets of Moscow. ‘Space Dogs’ starts from his myth as a canine cosmonaut to make his story land again in the earthly avenues of the Soviet capital, without ruling out Laika’s survival as a ghost that travels the world.

But ‘Space Dogs’ is not developed as a report to use that dismantles the legend of the great space star. A part of the film recovers a huge amount of archival material of the time, in many cases unpublished. With this footage, the film reconstructs the backstage of the history of the conquest of space based on the treatment that animals received. ‘Space Dogs’ makes visible in this sense experimentation with dogs subjected to all kinds of torture at a time when cruelty to animals for scientific purposes was hardly questioned. While the official accounts celebrated, for example, the first returns of living beasts from outer space, the images of the dogs sent to orbit tell us of beings subjected to intolerable levels of stress. The eyes of the canine cosmonauts did not reflect heroism or enthusiasm, just terror and vulnerability.

The film intertwines these documentary images with the current record of the adventures of a pair of stray dogs, which could be contemporary Laikas who have not had the ‘luck’ of being chosen for a government mission. All this punctuated by an intermittent story in off to which Aleksei Serebryakov, the protagonist, among others, of the Andréi Zviáguintsev’s ‘Leviathan’, lends his commanding voice. Kremser and Peter place the camera at the level of the animals to see the city from their point of view. There is some canine neorealism in his perspective on stray dogs. The directors barely cover the lives of their protagonists in a story to use: animals do not need a great story for their adventures to be filmed. Nor is the typical anthropomorphized gaze that attributes properly human feelings and gestures to beasts in order to facilitate empathic identification with them. In this aspect, towards the third of the footage of ‘Space Dogs’ the most questionable sequence of the film is developed, a moment in which the directors underline the also brutal nature of the animals with a scene that borders on the ‘snuff’, a situation closer to that cinema of cruelty somewhat gratuitous that sometimes comes to us from Austria than the poetics of the always humanist follow-up that Cesare Zavattini advocated.

Non-fiction cinema has been turning for a few years towards a non-anthropocentric vision of the world, towards a look in which the human being no longer occupies the center of all things. In ‘Kedi’ (2016) by Ceyda Torun, for example, a portrait of Istanbul is carried out through the bond that the city’s cats, neither entirely stray nor entirely domesticated, maintain with humans, in a vindication of the catlike essence of the Mediterranean character. In ‘Acid Forest’ (2018), the Lithuanian artist Rugilė Barzdžiukaitė It contemplates the annihilation of a forest from the point of view of its inhabitants and main destroyers, the cormorants. On ‘Gunda’ (2021), Viktor Kossakovsky it immerses us in the poetic everyday life full of small moving gestures of the animals of a farm to end up becoming aware of the invisible horror of the meat industry. In ‘Cow’, premiered at the last Cannes Film Festival, Andrea Arnold ‘proletarianizes’ the leading cow, whose life and work trajectory on a livestock farm she follows with her camera. In ‘Space Dogs’ the manipulation of animals is questioned to build positive, heroic and charming narratives from them. The Austrian film has something of an invective against the ‘disneyification’ of the stories starring dogs or other beasts, either in the propaganda speeches of any time and country, or in the ‘cute’ variants that populate the networks today in day. Elsa Kremser and Levin Peter claim that Laika’s spirit is found in any beast that try to survive in the orbits of domestic realms.