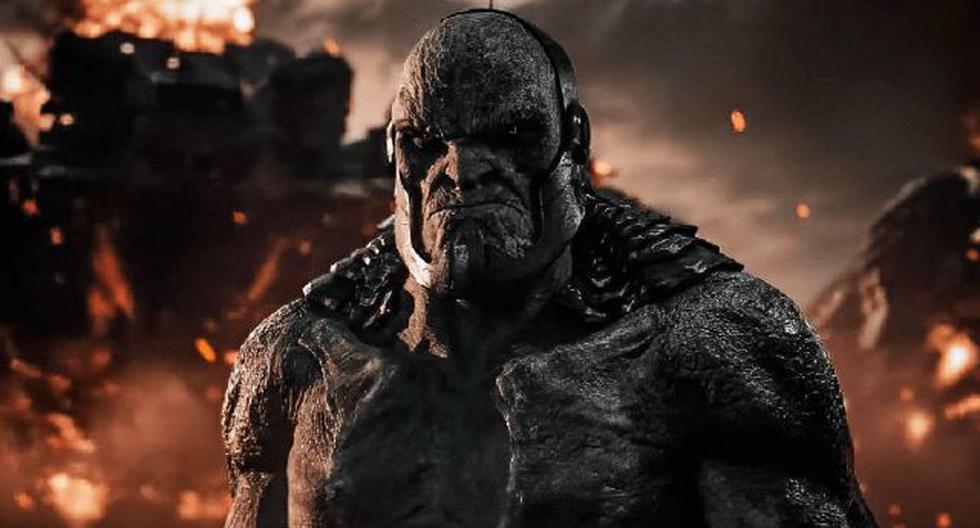 MORE INFORMATION: Snyder Cut: why there won’t be another “Justice League” movie, according to Zack Snyder

One of the greatest supervillains in the DC Universe is Darkseid, the lord of Apokolips, a frequent antagonist of the Justice League. Before it came out “Snyder Cut”, Darkseid had been regularly present in various DC animated projects. But the New God had appeared in live action on the Alfred Gough and Miles Millar series “Smallville.”

Thanks to HBO Max released “Snyder Cut”, fans were finally able to see the first cinematic portrait of Darkseid, which had a positive reception. But with Snyder Cut’s Darkseid out in the world, how does Porter’s version compare to the “Smallville” characterization of Apokolips’ enemy?

“SNYDER CUT”: HOW DARKSEID IS DIFFERENT FROM THE JUSTICE LEAGUE WITH THE “SMALLVILLE” VERSION

After Clark Kent had faced multiple threats in previous seasons, season 10 of “Smallville” pitted the future Superman against Darkseid. However, the DC drama had an interesting way of acting on the lord of Apokolips.

The creators made Darkseid frequently appear as a smoke-shaped spirit while possessing human bodies. Darkseid is introduced at the beginning of the final season of “Smallville” as he seeks to corrupt humanity, and the first body he inhabits is Gordon Godfrey.

Towards the end of “Smallville” season 10, Darkseid’s spirit approaches Lionel Luthor of Earth-2 and offers him the opportunity to resurrect his son Lex. Lionel accepts the offer, but Darkseid ends up possessing Lionel Lothor’s body and tried to defeat Clark. When Clark finally learns to fly, he takes down Darkseid and prevents Apokolips from colliding with Earth.

Darkseid from “Smallville” seemed vaguely inspired by Final Crisis, where he and several New Gods no longer had bodies of their own. However, in season 11 we saw him back, but in physical form.

While Steppenwolf served as the main villain the team fought against, Darkseid establishes himself as the ultimate mastermind, as his uncle was trying to retrieve the Mother Boxes for the lord of Apokolips.

“Snyder Cut” reveals that thousands of years ago, Darkseid had already tried to invade Earth when he was still known as Uxas. While seeking to obtain the Anti-Life Equation, Uxas arrived on Earth with his forces, with the goal of transforming the planet into another Apokolips.

While the Knightmare plot would have been fully executed in the sequels, the Snyder Cut has some visions of what Darkseid’s victory would look like in the future. Darkseid not only killed Wonder Woman and Aquaman, he also murdered Lois, causing Superman to succumb to the Anti-Life Equation as they take over the planet together.

The “screenrant” portal points out that between the versions of “Smallville” and “Zack Snyder’s Justice League” about the iconic DC villain, Porter’s character in Snyder Cut is far superior.

Despite the series finale of “Smallville” being a huge success, with Clark becoming Superman after ten years, there was never a proper final showdown between Clark and Darkseid.

Instead, Clark fought Darkseid using Lionel’s body, which was a very brief fight. Making Darkseid on network television was probably a challenge. But at the same time, “Smallville” was able to do Doomsday quite well with a stunt actor wearing a physical Doomsday costume while adding some visual effects to it.