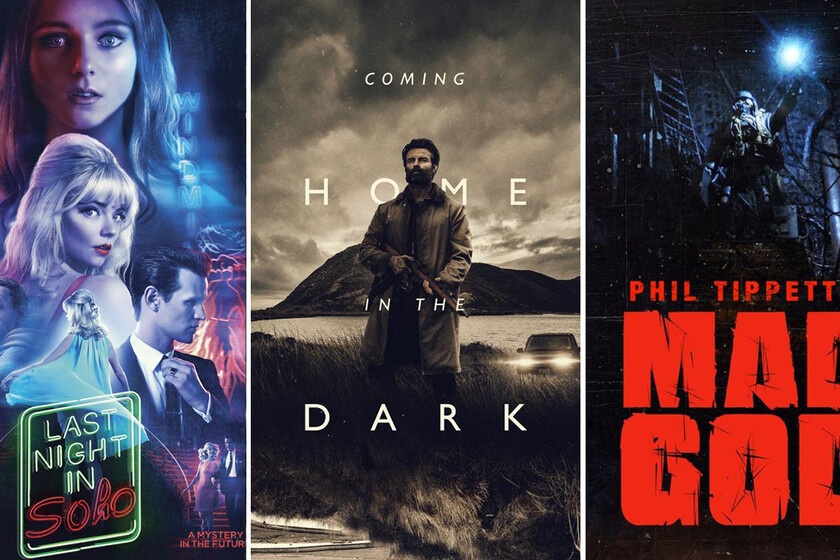 What was given is over. After ten days of uninterrupted cinema, meetings with the festival family and poor food and rest with the sound of the sea in the background, Sitges 2021 has come to an end leaving behind an edition that has reminded, in a way, of those pre-pandemic times in which everything was much simpler and less tense.

If we stick to the strictly cinematographic, this 54th edition of the Catalan competition, in addition to once again sinning from a selection of feature films that is too bulky – sometimes less is more – has stood out for collecting a handful of first-rate operas of a truly spectacular level, typical of some titles signed by veterans with whom they have shared the program.

But we are going to stop talking in parables to talk about specific feature films. Then I invite you to join me in a selection with those who have become my 11 favorite movies from Sitges 2021. A compilation with representation of all genres, styles and nationalities presented without a specific order of preference, made up of eleven pieces that should not be overlooked.

‘Coming Home in the Dark’

We start with one of those usual cases at festivals like Sitges in which a great film is completely left out of the conversation to pass without pain or glory. This is what happened with the fantastic ‘Coming Home in the Dark’, a New Zealand thriller condensed into 90 suffocating minutes that marks James Ashcroft’s unbeatable directorial debut.

The film is committed to a relaxed tempo seasoned with dry and raw violence – very aligned with titles such as ‘Blue Ruin’ – and is enriched by an exemplary staging, by surprisingly visceral performances, by characters marked by chiaroscuro and for an exquisite formal treatment in which the low-key photography of Matt Henley dazzles. Impressive.

We continue with the debuts on the big screen from the hand of the twisted ‘The Feast’ of Lee Haven Jones, who has dedicated his career to television – his latest cathodic credit is ‘Doctor Who: Revolution of the Daleks’ – before giving the leap to the movies with this thriller shot in Welsh and cooked over a slow fire.

To say that I have fallen in love with ‘Censor’ is an understatement. Welsh filmmaker Prano Bailey-Bond’s debut feature is a show of outsized talent unbecoming a newcomer. A feverish eighties nightmare that connects horror, trauma and violence films under the filter of a total author without any fear of releasing her instincts and her affiliations and projecting them on the screen.

With an exceptional setting, an exquisite formal treatment dominated by games with primary colors and aspect ratios – the last act is to drool – and a corrosive and intelligent speech, ‘Censor’ not only rises like a great movie, but like the first stone of a really promising career. By the way, Niamh Algar’s performance is equally great.

Criticism in Espinof: Sitges 2021 | ‘Censor’ is brutal: a feverish nightmare that connects trauma, terror and violence under the filter of a total author

We continue with the first operas that leave you nailed in the armchair and rubbing your eyes wondering if what you have just seen is a work signed by a filmmaker with years of experience behind him. In this case we have to recommend ‘The Innocents’, the work of an Eskil Vogt who serves on a silver platter a Norwegian coming of age built on an impossible —and impressive— cocktail of subgenres.

Through that narrative slow-burn often associated with Nordic cinema, Vogt adjoins the fields of psychological thriller, superhero cinema and horror with malrolleros children in between – directly paying homage to ‘The Village of the Damned’ by John Carpenter – under an atmosphere and a formal treatment icy, austere and brilliant. Too bad the festival ended with a mere mention of the jury.

I would be lying if I said that ‘Lamb’, the directorial debut of a Valdimar Jóhannsson with tons of work behind him in productions like ‘Game of Thrones’, ‘Prometheus’ or ‘Rogue One’, has not left me much colder than what i expected. But to César what belongs to César, because this parable about mourning and motherhood with ecological overtones has been one of the most absorbing experiences of Sitges 2021.

Despite the fact that its narrative suffers from an excessive dilation that has ended up expelling me little by little from the story, the impeccable form and staging of the film, its commendable subtlety, its – late – great final blow of effect and the brutal interpretation of Noomi Rapace more than make up for the furtive glances at the watch. If he had changed positions with ‘The Innocents’ in the list of winners, nothing would have happened either.

Criticism in Espinof: Sitges 2021 | ‘Lamb’: the winner of the 54th edition is a languid parable that explores the darkest corners of mourning and motherhood

Be very careful, because with ‘Mad God’ we have one of the great bombs of Sitges 2021. A cathedral of the most experimental animation cinema that the maestro Phil Tippett has taken to build 30 years, and which has ended up being translated into a glorious audiovisual nightmare with unquantifiable levels of abstraction and genius.

When it comes to technique, ‘Mad God’ is, quite simply, a gargantuan feat; but where it really shines is in its artistic and conceptual sections, combining the most diverse aberrations, apocalyptic scenarios – not to say hellish – and existentialist ramblings in an unforgettable prodigy fruit of an overflowing creativity. To see it without blinking once.

Criticism in Espinof: Sitges 2021 | ‘Mad God’: the genius behind the creatures of ‘Star Wars’ takes us to hell in the masterpiece that took 30 years to shoot

Rare is an edition of Sitges in which we do not have a work by one of its two most famous French-speaking parishioners. As this year Quentin Dupieux has not honored us with his nonsense, it was the Belgian Fabrice Du Welz who was in charge of turning our stomachs upside down with his devastating ‘Irendenrable’.

The film’s greatest achievement is turning a thriller with its own Sunday dinner telefilm plot into a small work of art with overwhelming planning, performances and staging. Special mention for the jewel in the crown: a 16mm photograph signed by Manuel Dacosse that caresses the retinas with a marvelous color palette and textures. Alba Gaïa Bellugi’s performance, huge.

Criticism in Espinof: Sitges 2021 | ‘Inexpensive’ brings us back to the most rabid Fabrice Du Welz with an excellent thriller of impeccable workmanship

Ladies and gentlemen, with all of you the film with the most overwhelming third act of Sitges 2021 – and perhaps also of previous editions. After turning the festival upside down six years ago with the brutal martial arts thriller ‘SPL2’, Soi Cheang is back with ‘Limb’; a suffocating exercise in a neo-noir key set in an almost dystopian Hong Kong built on tons of garbage, mud, asphalt, metal and glass.

With a dazzling production design and a monochrome photography direction by Chen Gui-Keung – just a winner of the award in its category – this tale of moral and urban rotting camouflaged as a policeman with a serial killer in between is another example of that Asian cinema has a special flair. If you have the opportunity to get the hang of it, I advise you to do so without hesitation.

After the slight slump that ‘Halloween night’ caused me in 2018, the new trilogy by David Gordon Green has managed to reconcile me with the project thanks to a second episode much funnier, wilder and more solid in general terms than its predecessor. Something that, in part, comes driven by a greater narrative simplicity that has suited him like a glove.

‘Halloween Kills’ exudes the essence of an unapologetic slasher frame by frame, presenting a much more brutal Michael Myers enveloped by a pristine formal treatment, by a socio-political discourse that does not take on more prominence than the account, and by a story that carries the banner its status as an intermediate chapter, for better or for worse. Because here we have come to have fun and to see deaths by cascoporro. And boy do we see them.

‘Mona Lisa and the Blood Moon’


How difficult it is to program an opening film of a festival that manages to infect the stalls with energy and a good atmosphere so that the public can face the days of binge movies that lie ahead with the best possible humor. Luckily, Sitges 2021 was totally right by serving as the starter ‘Mona Lisa and the Blood Moon’, the new work by the unclassifiable Ana Lily Amirpour.

Starting from the base of an archetypal story of a fish out of water seasoned with one of those always aided supernatural twists, the film supplements a somewhat flimsy narrative with a formal treatment unleashed by the trademark – the soundtrack trembles – and with tons of allure channeled thanks to impeccable supporting casts and a wonderful Jeon Jong-seo in her title role. The photograph of Pawel Pogorzelski, Ari Aster’s head PDO, is terrifying.

Criticism in Espinof: Sitges 2021 | ‘Mona Lisa and the Blood Moon’: an enchanting story of a fish out of water with the stamp of Ana Lily Amirpour

We are going to end in style with one of the most amazing films that have passed through the screens of Sitges 2021: the great ‘A night in Soho’ by Edgar Wright. In it, the Briton takes a bit of Roeg, a lot of Polanski and some other Depalmian touch to absorb his references and make them totally his own in an unforgettable thriller in substance and, above all, in form.

Leaving aside the interpretations of Anya Taylor Joy and Thomasin McKenzie – both fantastic, and ideal for their roles – if there is something that makes Wright’s new great, it is the way in which he manifests each and every one of his author’s tics, both in terms of his sense of humor and his narrative agility and audiovisual playfulness, refined to unthinkable levels and projected onto a genre to which we are not accustomed. An unforgettable trip of which, the less you know, the better.