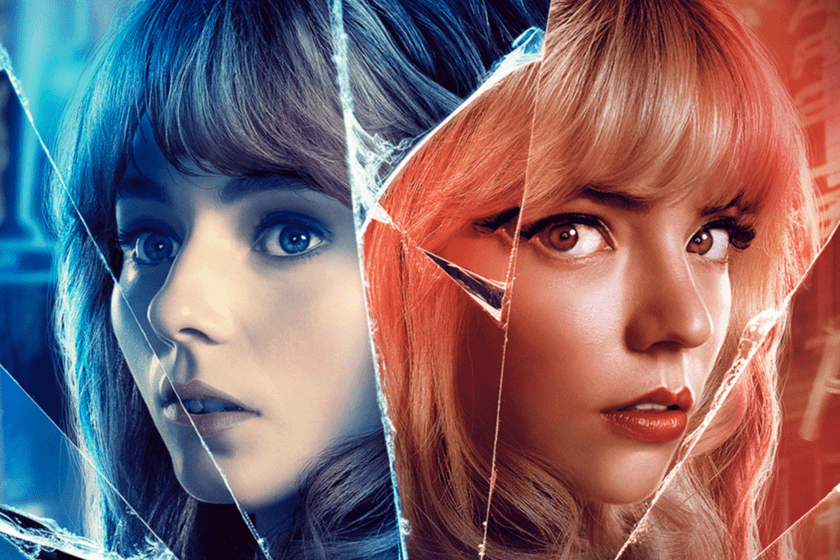 Since a whopping seventeen years ago, I discovered the enormous ‘Shaun of the Dead’ in a projection of the film library of my city, I have followed with devotion the filmography of Edgar Wright; traveling back to delight me with his magnificent sitcom ‘Spaced’, savoring every frame of his Cornetto Trilogy, falling in love with his brilliant adaptation of ‘Scott Pilgrim against the world’ and shaking his feet to the relentless rhythm of ‘Baby Driver’.

Throughout his career, Poole’s has accustomed us to enjoying Cinematic cocktails punctuated by exquisite formal treatments dominated by a mastery of audiovisual language and avant-garde montage among their contemporaries, by characters drawn with tremendous care, and by a tonal lightness with a certain touch feel good and always inclined towards comedy —with her emotional moments in between.

With ‘Last night in Soho’, the good old Wright has radically changed — if not totally — his record to plunge fully into the realms of the psychological thriller without losing an iota of his identity; playing with identity, present and past in a couple of hours of top-notch suspense, brilliant in their background and, above all, in their form.

Since he began to give clues about ‘Last Night in Soho’, Edgar Wright has carried his references by flag, all of them being perfectly recognizable in his footage. Taking a bit of Nicolas Roeg from ‘A Menace in the Shadow’, a lot of Roman Polanski from works like ‘Repulsion’ – honored directly in a very powerful scene – and flirting with the Palmian canons, the film turns a wheel of uncertainty, investigation and paranoia that catches you not to let go until the final credits circulate on screen.

This is possible thanks to an intelligent management of intrigue and information that opts for the best possible strategy: allow the viewer to be confident, making them believe that they are one step ahead of the protagonist at all times to, later on, subvert her expectations with some very satisfactory plot twists, although easily predictable by the most attentive viewer and with a detective spirit.


Regardless of whether we unravel the mystery ahead of time or allow the tale to organically surprise us, it is undeniable that ‘Last night in Soho’ offers a priceless, tense and breathtaking trip —Their dabbling with the purest terror are fantastic— which, ultimately, connects with the public thanks to its leading partner, composed of a Anya Taylor-Joy as cool as usual and a Thomasin McKenzie that contrasts with his waste of sweetness and that generates an almost instantaneous empathy.

A boat soon, it could give the feeling that the title that occupies us little or nothing has to do with the previous work of its director, but nothing is further from the truth. Wright absorbs his sources of inspiration and makes them completely his own, molding them with a dazzling visual package —the mirror games are, directly, for drooling—, which wraps a narrative in agile, dynamic images that refines the director’s authorship stamps to unsuspected limits.


Although ultimately what elevates ‘Last Night in Soho’ to a higher level is its tone. The house brand sense of humor makes an appearance once again, impregnating the film with a lucid self-awareness that compensates for the prevailing dark spirit and makes it clear that he does not take himself too seriously; something that ends up infecting the stalls and turning its projection into an experience that is as fun and interactive as it is unforgettable.