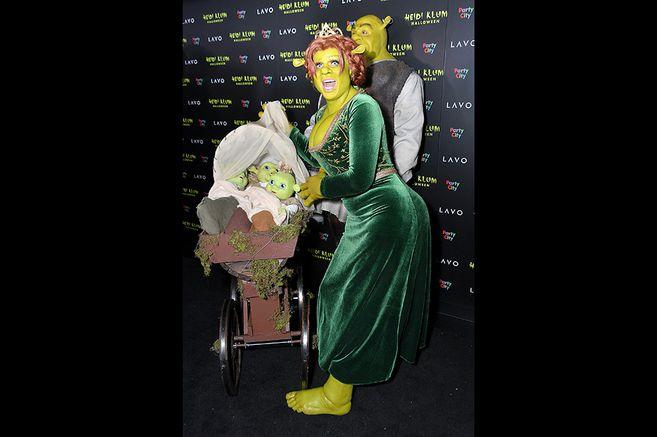 The film, released on May 18, 2001, is a film that continues to captivate audiences. It became one of the best animated films, which earned it the Oscar and changed the rules of animation.

For many centuries, fables depicted ogres as gigantic, green and fearsome beings that frightened children. A vision that ended with the arrival at the cinema of Shrek, the antihero-looking hero who with his humor conquered and continues to conquer the public 20 years later.

The film, released on May 18, 2001, is one of the animation films preferred by children and adults, thanks to its hilarious sense of humor that makes young and old laugh. Your secret? His eternal youth. It is a film that does not go out of style and that is transmitted from generation to generation, like the classic stories that appear in the film. And is that “Shrek” is that, a movie story.

Although many people believe that Shrek is an original story from the Dreamworks studio, this is not the case. It is based on the 1900 book, “Shrek!” by the writer William Steig (cartoonist for The New Yorker and author of children’s books). Steig agreed to give up the rights to his book because his children loved the character and wanted them to see him on the big screen.

Shrek, which means “monster” in Yiddish and comes from the German “schreck” (fear, fright or startle), is a lonely ogre who discovers that his swamp is being occupied by various creatures such as Pinocchio, the three little pigs or Snow White and the 7 dwarf. His adventures to try to regain his home make him friends with a particular talking ass who will become his inseparable friend.

The story of this unique ogre has its romantic twist with Princess Fiona, with which he falls in love and with which he finally seals his happy ending.

However, building this movie was far from easy. At first the film was to be made entirely in stop-motionHowever, due to the high costs of this type of animation and the fact that the team was not convinced by the result, the computer was chosen, as its producer and co-founder of DreamWorks, Jeffrey Katzenberg, explained in the presentation in Spain of the film.

The animation of the film was taken care of to the extreme. One of the entertainers came to take a mud shower like the one Shrek enjoys at the beginning of the film so that the team could see and analyze how the fluid moved over the body.

This was one of the most difficult scenes to animate, along with the ass fur which was also very complex. Hence, they hired a visual effects team to ensure that each of the hairs had its own movement and resembled a real fur. The fire also caused many headaches for the animators, as well as the facial animations.

The production company, which was going through a bad time at the time, broke into the industry with an animated film that broke all the molds of the so-called “children’s” films.. It was a worldwide box office success (it grossed more than $ 484 million and ranked fourth in the world ranking in 2001, according to data from the specialized website Box Office Mojo).

A year later, in 2011, a derivative story would arrive, “Puss in Boots”, starring the musketeer feline with an intense gaze voiced by Antonio Banderas and who had appeared in the second installment of “Shrek”.

“Shrek”, directed by New Zealander Andrew Adamson and American Vicky Jenson, made history at the Oscars by being the first to win the statuette for best animated film, beating “Monsters, Inc” and “Jimmy Neutron: Boy Genius”, since until 2001 the category did not exist.

(It may interest you: Bong Joo-ho, the director of “Parasites” will direct his first animated film).

Over the years it became one of the most appreciated titles in animated cinema and ranks eighth in the list of the 10 best animated films in the history of the American Film Institute (AFI), being the only one that does not It belongs to the Disney-Pixar studios.

The soundtrack to “Shrek”, composed by Harry Gregson-Williams and John Powell, has also gone down in history, managing to endure over the years. However, the song by the American band Smash Mouth “All star” that appears at the beginning of the film and the closing song “I’m a believer” are the favorites of the public.

20 years after its premiere, “Shrek” remains one of the favorite films of children and adults and, in addition to its anniversary, the film is celebrating because last year it was declared a national heritage of the United States.