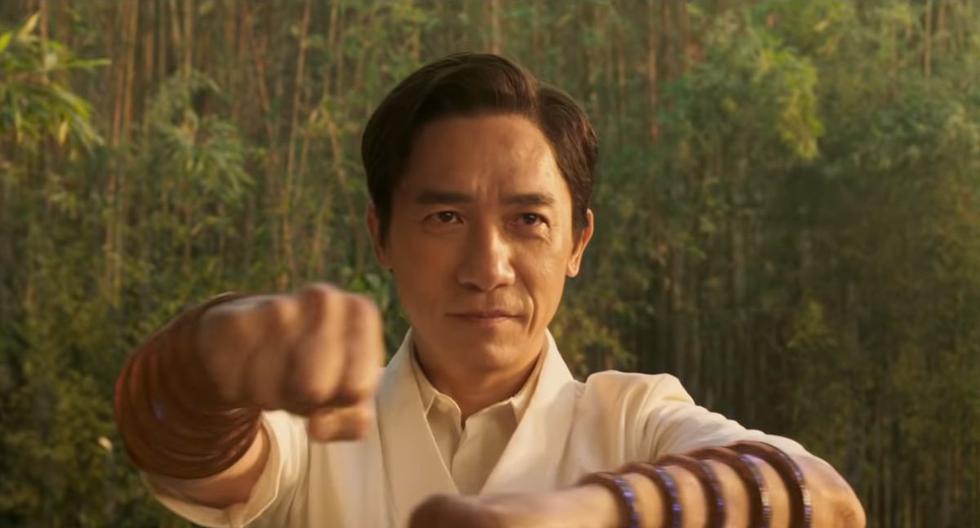 On this occasion we were able to chat with one of the main characters of ‘Shang-Chi’ and enemy of the most remembered in the history of Marvel comics, ‘Wenwu’, or as they also know him, the ‘Mandarin’, starring Tony Leung.

Tell us about your character.

My character is Wenwu. I think Wenwu is a tragic character. Although he is very powerful with the Ten Rings, he felt lonely all his life until he met his wife, and I think that was the happiest time of his life. After losing her, he was tortured by guilt and lived in pain. So I think he is quite a tragic character.

What did you think of joining the Marvel Cinematic Universe?

What was it that attracted you to SHANG-CHI AND THE LEGEND OF THE TEN RINGS?

I think it was due to Destin, our director. I had a phone interview with him, and of course he couldn’t tell me much about the story at the time, so he gave me just a few clues about my character. But it felt good talking to him, and I thought I could trust him.

What was your initial reaction to the script?

I didn’t expect to be so involved in the movie until I read the script. From what Destin had told me, I thought it would only take me about two or three weeks. Wenwu is not the Super Hero, he is just a villain. That was not a problem for me, but in the end I was in Sydney for six months.

What did you talk to the director about about the character?

I think the script does a very good job with my character, very detailed, so all I had to do was follow the script. I prefer to surprise or convince the director with my performance on stage rather than talking too much beforehand. So we didn’t talk much about the character before filming.

What are the Ten Rings?

I think they are very similar to the Iron Man suit. When you put the rings on, you become very powerful and dangerous. And at the same time, the rings give immortality to whoever wears them.

How do the rings appear in history?

The rings are the basis of the story. It is because of the rings that Wenwu changes his life and gains great power.

Tell us about the character of Li.

Li is beautiful, outgoing, optimistic, and very caring. She has the ability to make the people around her happy. She is a loving and compassionate woman. I think it’s perfect for Wenwu. He falls in love with her when he meets her and leaves everything for her. I think she is the meaning of life for Wenwu. And I think that’s what makes her story so beautiful and moving.

What is it like to work with Fala Chen?

Working with Fala is very nice. She has a very good treatment, it is very easy to work with her, and she is always happy, always making jokes. I think it’s ideal for the role.

What was the family dynamic like before and after Li’s death?

There was a lot of love, happiness and joy before his death. After his death, the family falls apart. Each member of the family is affected to a different degree.

And Shang-Chi is not coming back?

After ten years, Wenwu forces Shang-Chi to return because he came up with a wild idea.

How does Wenwu feel when Shang-Chi returns?

He is happy because he wants Shang-Chi to lead the Organization of the Ten Rings with him.

And how does he react to the fact that Shang-Chi brings Katy?

I think his reaction is very typical of a father when the son brings a girl to the house. And I think Wenwu likes Katy too.

Tell us about what it’s like to work with Florian.

Florian is a very nice person. It is perfect for the Razor Fist because of its tough and manly look. But he is a very good person.

Tell us about training and the importance of martial arts.

Normally, in Hong Kong, we learn everything on set because most male actors know some martial arts, since you usually learn it as a child. So they show us the movements directly on the set. But for this movie, we did some rehearsals before filming.

It took us two weeks to rehearse all the action sequences before filming. That helps a lot when you go on set and do the scene. It saves a lot of time. In this movie, what I do is the style of kung fu called Tiger’s Claw. I think it is something symbolic, it is a symbol of the East. And at the same time, it is a symbol of the character’s state of mind. It represents the aggressiveness and anger of Wenwu’s character, unlike Tai Chi, which represents the peace and harmony of those who live in Ta-Lo, the mysterious village.

I really admire the costume designer, Kym Barrett. She is very good at defining the character through costumes. She went to Tokyo to do the costume fittings with me. At the time, I had no idea what my character was going to look like, and she was the first person to give me an idea of ​​her look.

Tell us what it’s like to work with Simu Liu.

It is very nice and a pleasure to work with this young and talented actor. He’s very professional, very passionate, and he makes me feel invigorated on set.

And what is it like to work with Nora Lum (Awkwafina)?

I had seen a lot of Nora’s movies because she is so funny, especially in Crazy millionaires. I did not expect to have the opportunity to work with her. I really like her as an actress and it’s very nice to have her in this movie.

And working with Michelle Yeoh?

I hadn’t seen her in a while, so I really enjoyed working with her. We like to meet and visit after work.

What did you like the most about making this movie?

That is a very difficult question. I always like the dramatic part because the action part can be a bit tiring. But I really like working with the team. This is my first time working with an American team and I love the working atmosphere. They are all very professional, and very friendly.

What was it like working with Destin, the director?

On set, Destin made me feel very relaxed and calm, and encouraged me a lot after each take. He told me that my performance was perfect, or very good. It gave me a lot of confidence, especially at the beginning of filming. Sometimes he corrected me some things, but I also liked that a lot. It was very nice working with him.

I love the beach and water sports, so after work, I would go to different beaches to enjoy the sea. It was very cute.

Tell us about the scope of the action.

I think this movie is very particular, it is unique, because of the wonderful Marvel special effects combined with martial arts. It is going to be something new for the public.

Is there anything you want to say to the Asian community?

Before coming to Sydney, many friends from different Asian countries sent me messages saying that they were looking forward to seeing this movie. I think it is because they will be able to see themselves reflected, to feel identified.